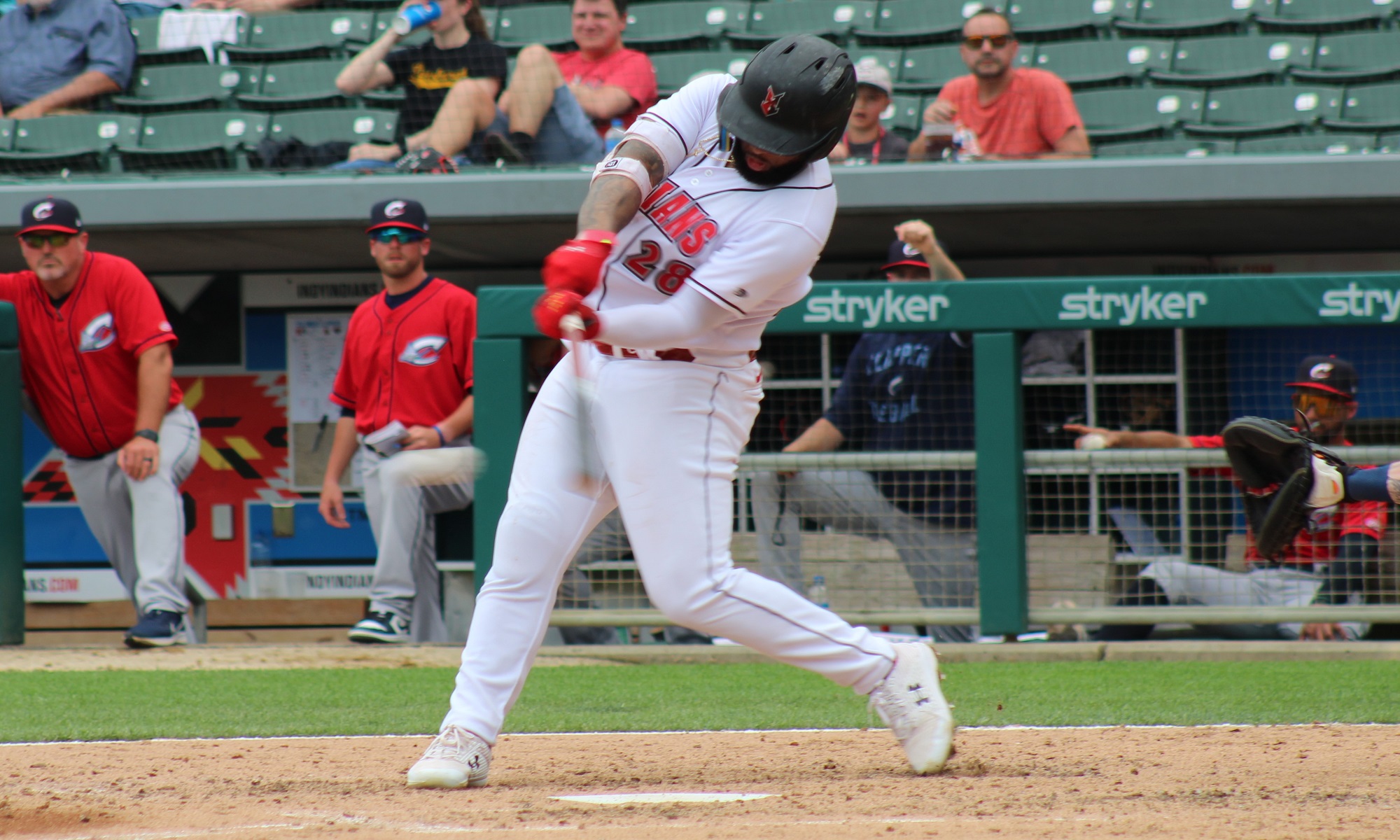 INDIANAPOLIS, Ind. – The hitting prospects in the Pittsburgh Pirates’ system are used to being the youngest on the field.

For example, since the 2019 season, Canaan Smith-Njigba has one game — with three at bats — against a pitcher that is younger than him. That occurred this season in St. Paul.

While that task can be daunting for some, Smith-Njigba takes it as a challenge. However, it’s not a challenge that makes him uneasy in any form.

“There are always pros and cons,“ Smith-Njigba said. “I think it’s kind of cool when I face somebody that I know has been in the big leagues. Like, I remember watching him when I was little. I just think, those guys up there, they know what they’re doing. They’ve had a lot more trials and tribulations in this game than obviously I have, but it’s just the same old game.”

As a group, the Indianapolis position players are the youngest in the International League — a full half-year younger on average than the second-youngest team.

Similarly, Martin is not overwhelmed by the challenge. He said he tends to look at everyone on the field the same, regardless of size and age.

“It’s not something I really notice,” Martin said. “I don’t think about someone being so much older than me. Obviously in baseball, there’s tradition with guys who have played in the big league and guys that have played in the big leagues for a long period of time. That’s something I have yet to really experience. I just try to treat everybody the same.”

Ji-hwan Bae played in the same St. Paul game and has two other games where he faced a younger hurler this season. Last season, he had 14 plate appearances against a pitcher to his minor. Rodolfo Castro has the same three games this year and 10 plate appearances last year.

Even the veteran of the group, Travis Swaggerty, at nearly 25 years old, still doesn’t have all that many. This season, Swaggerty only has 16 games where he is faced a pitcher younger than him.

For hitting coach Eric Munson, the challenge is determining the communication styles for the young hitters. He said that the guys have been very receptive to their style and have been very easy to work with. According to Munson, honesty is the key to their communication.

Additionally, Munson offers credit to a couple of the older hitters on the team, who work as mediums between them.

“We also have some older guys that are more veterans, who have some years under their belt,” Munson said. “They are really putting themselves in the middle of the younger guys and really helping them out. Not only on offense, but on defense as well. Guys like Bligh [Madris] and [Jared] Oliva have been huge for us, Taylor Davis, some of the other guys that have time. They help relay our message and stay in the middle of it. It’s been a great mix.”

While there certainly is an age discrepancy, the younger hitters take the same outlook as Smith-Njigba, and are looking forward to facing even older pitchers at the next step.

“I don’t really look into that, because they’re on the same field that I’m on,” Smith-Njigba said. “It’s a privilege, but I’m also here to dominate and get out of here and face even older dudes when I’m in the show.”

Then we have Juan Soto playing for the Nationals and has been for 3-4 years – and he is younger than all of the guys mentioned here….the Pirates have always been way too slow in promoting and playing their prospects. They continually block them with veteran castoffs and retreads from other teams,,,makes very little sense. Now, we have Bae in Indy – while the likes of VanMeter and Park play in Pittsburgh.

Sign a Soto or Trout, and the Bucs will have him in MLB in three years too. Just tell me where the unicorn is.

Better yet, tell BC.

I wanna know, how long did it take you to go through and find the amount of PA’s against younger pitchers? lol

Baseball-Reference does the heavy lifting

See the bottom of the splits section

Does age really matter at the professional level? The players have to compete against any and all players regardless of age and be better than them if they are to proceed to the show.

In general, after signing a pro contract, players get better for a period of time then level off and then decline in their skill level.

For example the HS PoY, Jackson Holliday, crushed the competition this season

Next year at the rookie level he might hit 0.300

At AA, AAA, and the majors he would probably struggle to hit 0.200

And yet he’s still the best HS player this year

Yes and no. In the minor leagues, a 25 year old in Low A Bradenton should dominate, so he should be leading the team in many categories. In the major leagues, age does not matter as much.

And for all players, injury risk goes up with age. Just ask Mike Trout.

I’m glad somebody is at least willing to ask the question.

It’s important. Especially for hitters there’s a race between experience and reaction time, which usually starts slowing among teenagers.