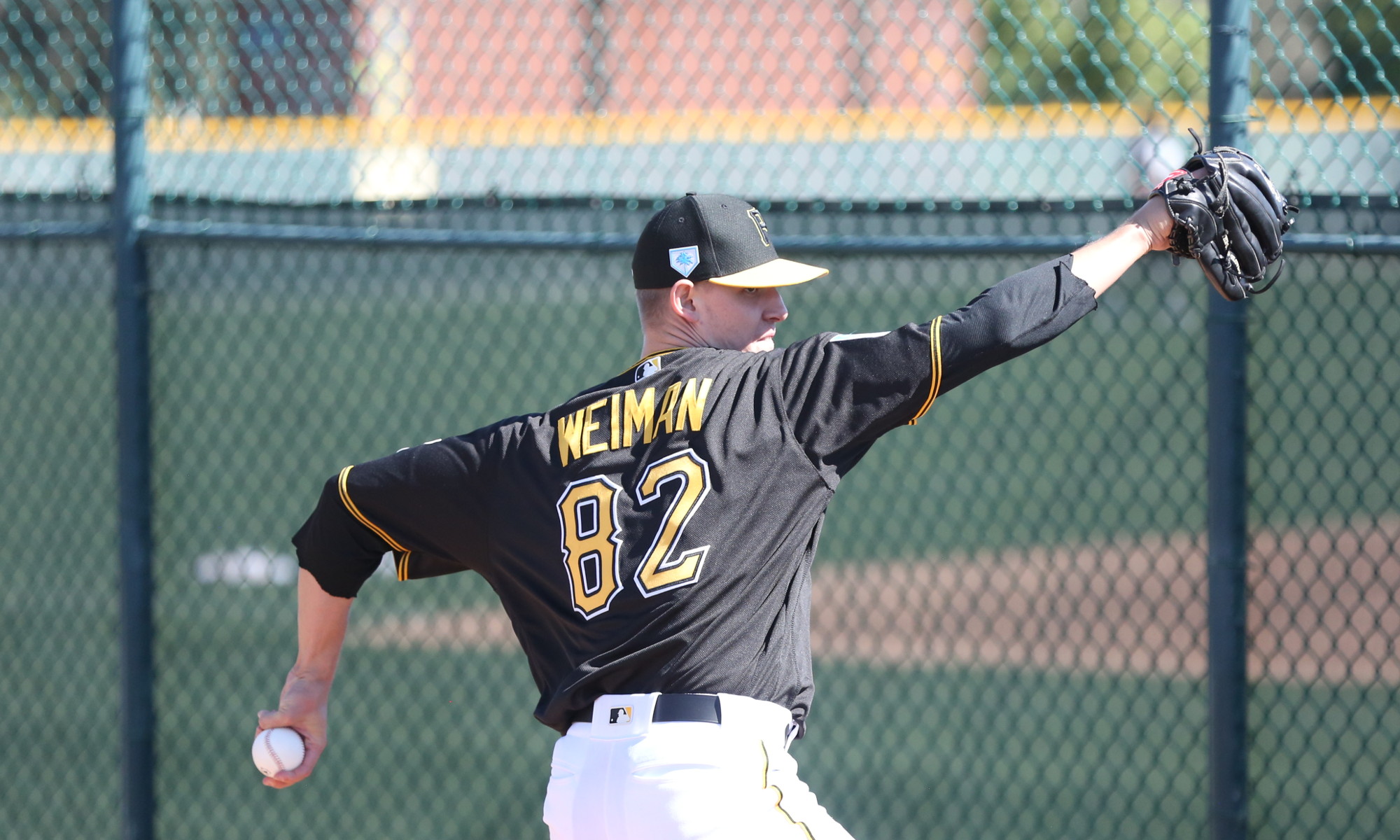 Kirby looked like he was doing well this year in limited time, posting a 2.74 ERA in 23 innings, BUT that low ERA came with 22 walks and a 1.91 WHIP. The Pirates acquired him mid-season from the Milwaukee Brewers last year, two months before he hit minor league free agency. He re-signed with the Pirates last November. The 28-year-old was selected 40th overall in the 2015 draft.

If more transactions pop up today on the minor league side, we will add them here.

I thought Weiman had potential. But what do I know.

Eickhoff passed through waivers and was assigned to Indy, but he still has the right to reject the assignment.

Was bound to happen. The Indy pitching staff had bloated to 20 arms, and they were still holding on to the 28-and-over guys while trying to re-integrate Jacques and Mears, and promoting Toribio, Matson and MacGregor. I wouldn’t count on Eckelman being around much longer.

Saw both these guys pitch a couple weeks ago. I figured Weiman was done for because he was trucked during a rundown thanks to Rodolfo Castro being bad at anything baseball except hitting home runs.

I thought Kirby looked decent, but that WHIP is definitely a big giant red flag.

We knew they were going to be terrible this year.…

I have at least liked Heineman. He can bunt! I…

They have a list that incorporates all of that information…

Maybe No-Man's Land wasn't such a bad destination after all

And the pitching breakdown https://baseballsavant.mlb.com/gamefeed?date=8/17/2022&gamePk=670076&chartType=pitch&legendType=pitchName&playerType=pitcher&inning=&count=&pitchHand=&batSide=&descFilter=&ptFilter=&resultFilter=&hf=playerBreakdown