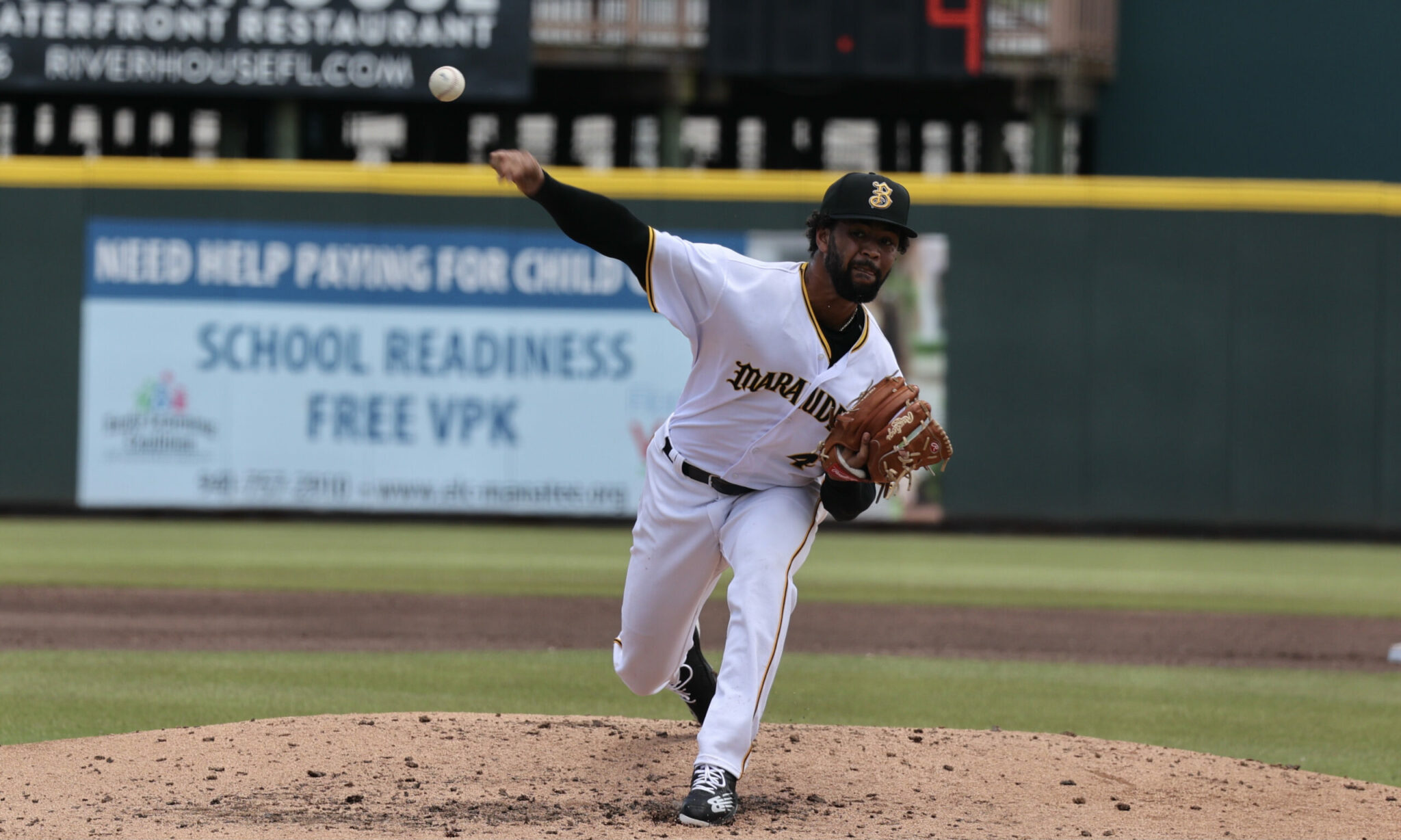 In the last two days, the Bradenton Marauders have placed two pitching prospects on the 7-day injured list. Brennan Malone left his outing on Wednesday with the trainer after only five pitches. The next day Anthony Solometo left after two batters reached in the third inning, throwing 39 pitches up to that point. Malone went on the injured list yesterday and Solometo followed him today. Xavier Concepcion, who pitched six early-season games with a 7.27 ERA in 8.2 innings before heading to the injured list, returned to Bradenton to take one of those spots. The other has yet to be filled.

Malone just made his debut less than two weeks ago when he pitched for the FCL Pirates. He pitched twice for Bradenton before going on the IL. In those three games he allowed four runs in five innings, with seven strikeouts.

Solometo has a 2.08 ERA in 13 innings, with 13 strikeouts and a 1.08 WHIP in four appearances. In his previous outing before leaving early, he pitched four no-hit innings.

If any more moves are announced, we will update this post.

Not allowed to have nice things.

The Pirates have been cursed for their cheap and incompetent ways

as they say….sports are pain

I’m shocked, SHOCKED to hear that prep pitchers get hurt!

Sarcasm aside I don’t have any hope that Malone will contribute at the MLB level. He’s never been healthy for more than 10 mins as a professional. But yeah, let’s draft a prep arm at 4, it’ll be fine.

Last edited 1 month ago by ArkyWags
2

Oh,FFS! The number of pitcher injuries is just stunning. Given how fit these young men are, it is just hard to understand. Of course, I hope it’s nothing serious for either young man. With the lower level seasons so short now, a nick here or there can wipe out most of the season.

I’m still waiting! Instead, starters start less frequently, pitch fewer innings and are more fragile. Now they aren’t even allowed to be athletes who hit and seemingly fewer can field their positions. Pitchers may soon start collapsing from boredom due to the low number of minutes they actually spend on the field.

No one said that stuff limits injuries, it’s the precautions they have come up with. Or would you think that forcing 19 year olds to throw 110 pitches every turn out?

Pitchers as a whole throw harder than ever before. That’s primarily why so many get hurt now; its all about max effort all the time. I think they can take precautions they’ve come up with, but it’s largely genetic luck if guys don’t get hurt. Some guys are just not gonna hold up.