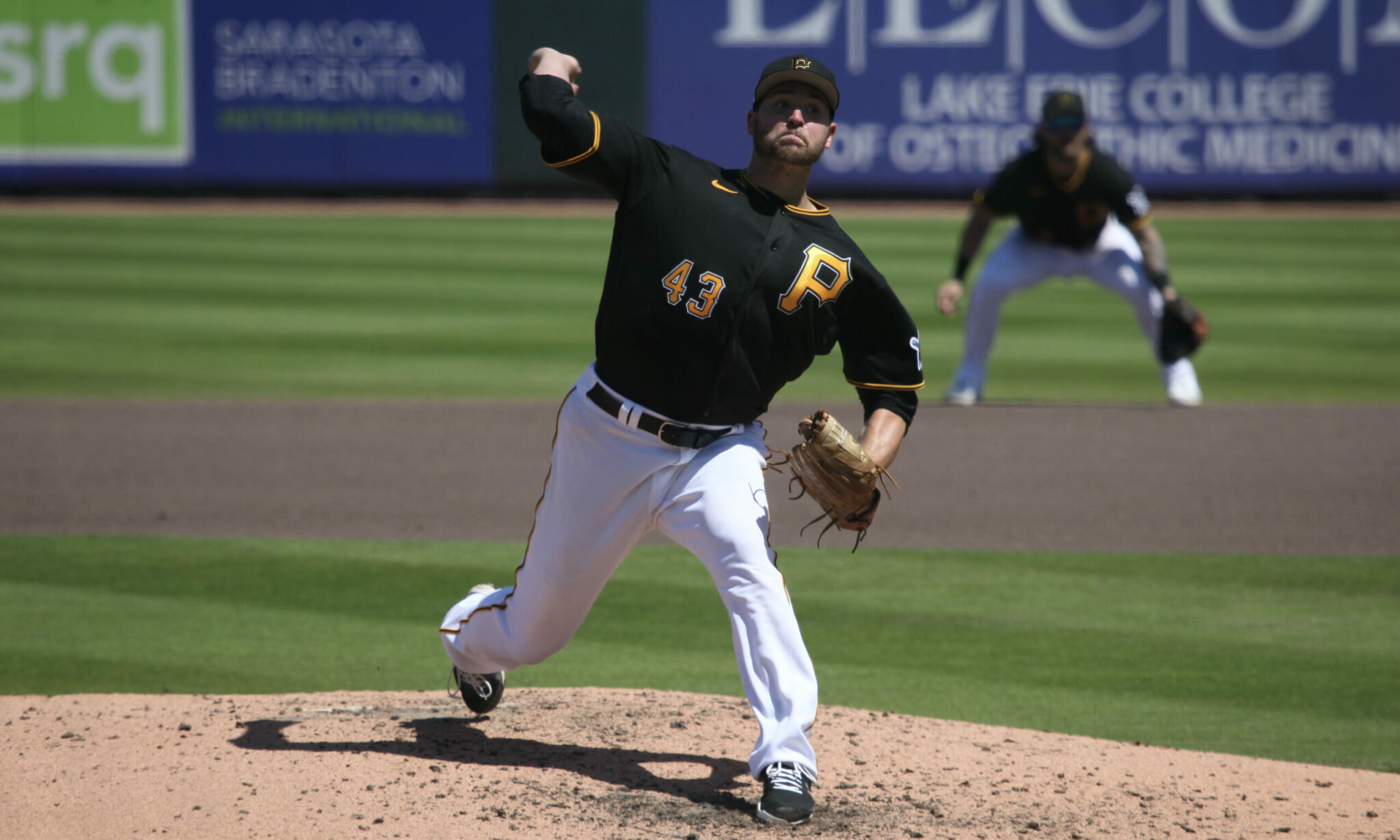 The Pittsburgh Pirates have added right-handed pitcher Jerad Eickhoff to their roster ahead of his start tonight against the Chicago Cubs. He was signed this off-season as a minor league free agent and has spent the year with Triple-A Indianapolis, where he has a 4.84 ERA over six starts and seven relief appearances, totaling 48.1 innings. Despite the high ERA, he has a 1.07 WHIP and a 47:15 SO/BB ratio. He has the fifth best WHIP in the league among pitchers with at least 40 innings pitched.

To make room on both the 40-man roster and the 26-man roster, the Pirates designated Heath Hembree for assignment. He was a free agent signing this winter, who had a 7.16 ERA and a 1.90 WHIP in 16.1 innings over 20 appearances, with more walks (14) than strikeouts (12).

For god's sake stop with the position players pitching, it's…

If they could, they would. I also think, if they…

The return is their absence…can say that about a lot…

On Newman, I forgot to include him in the "trade…

Could be a nice later round find. Maybe the first…

i'm sure the answer is just that a Green just…

Another unnecessary and embarrassing loss (after the Bryse Wilson fiasco a couple of weeks ago), because the Pirates management team cannot seem to be able to manage a pitching staff and pitching depth. Yet again, they seem to pick their worst possible option and the results were very predictable. Pirates management – front office and on the field – are the team’s biggest obstacles to overcome, along with present ownership.

Hopefully his last start. Ever.

And whats the fascination with Hoy Park and Chang? Garbage lineup.

Last edited 14 days ago by dbsteel
0

I seriously have to rethink everything. If Hembree can be released in June, certainly no one is safe. I figured they would have no trouble releasing pickups like Chang and Marisnick, but acquisitions/signings/holdovers like VanMeter, Tsutsugo, Newman, Banda and Stratton are all on the table.

I almost don’t care they were out of this game in the 2nd inning. The implications of the front office actually doing something for the betterment of the team rather than the preservation of face or “maximization” of a sunk cost are much bigger than a mid-week tilt against the Cubs.

Glad I tuned in for the forfeit start.

Eickhoff is one and done. 🤮

Didn’t do him many favors by keeping him in there to give up 10 runs. He’s a known quantity, but releasing him into the league coming off that start, the rest of the league isn’t exactly going to beat a path to his door offering a major league deal.

And the Mets are in the corner saying, “Toldyaso…”

Im super happy by this move! Hopefully sign of things to come

Wow! I am pleasantly surprised it was Hembree.

Whoa! Hembree DFA’d?!? BC publicly acknowledging his signature bullpen acquisition was a failure? Nutting letting him go before 50% of his contract is played out?

He’ll likely clear waivers in part due to that contract, but mostly because he’s not a good pitcher. Then he still might end up at Indy.

He has more than enough service time to reject an assignment to Indy even if he goes unclaimed. His salary is guaranteed. You have to think he has a better chance to get back to the majors with another organization so he’d be foolish not to declare free agency and keep his options open.

Declare free agency and collect your $ from the couch while waiting to see if someone offers you a major league deal.

Or even a minor league deal but for a team more likely to get you to the majors. The point is to not limit yourself to the team that already DFA’d you instead of Beede, Banda, Stratton, Stout or Fletcher. You have to think that means even if he stayed at Indy he’d be pretty far down the list of call-ups.

A move that actually makes a little (short term) sense?!?

Doubly so if it moves Yerry up in the pecking order.

I hope we score 7 or more tonight, we may need it!

Well the Cubs’ offense is pretty inept so I’m thinking the first team to 4 wins it.

Great idea, first one to 4 wins, play wiffleball after.