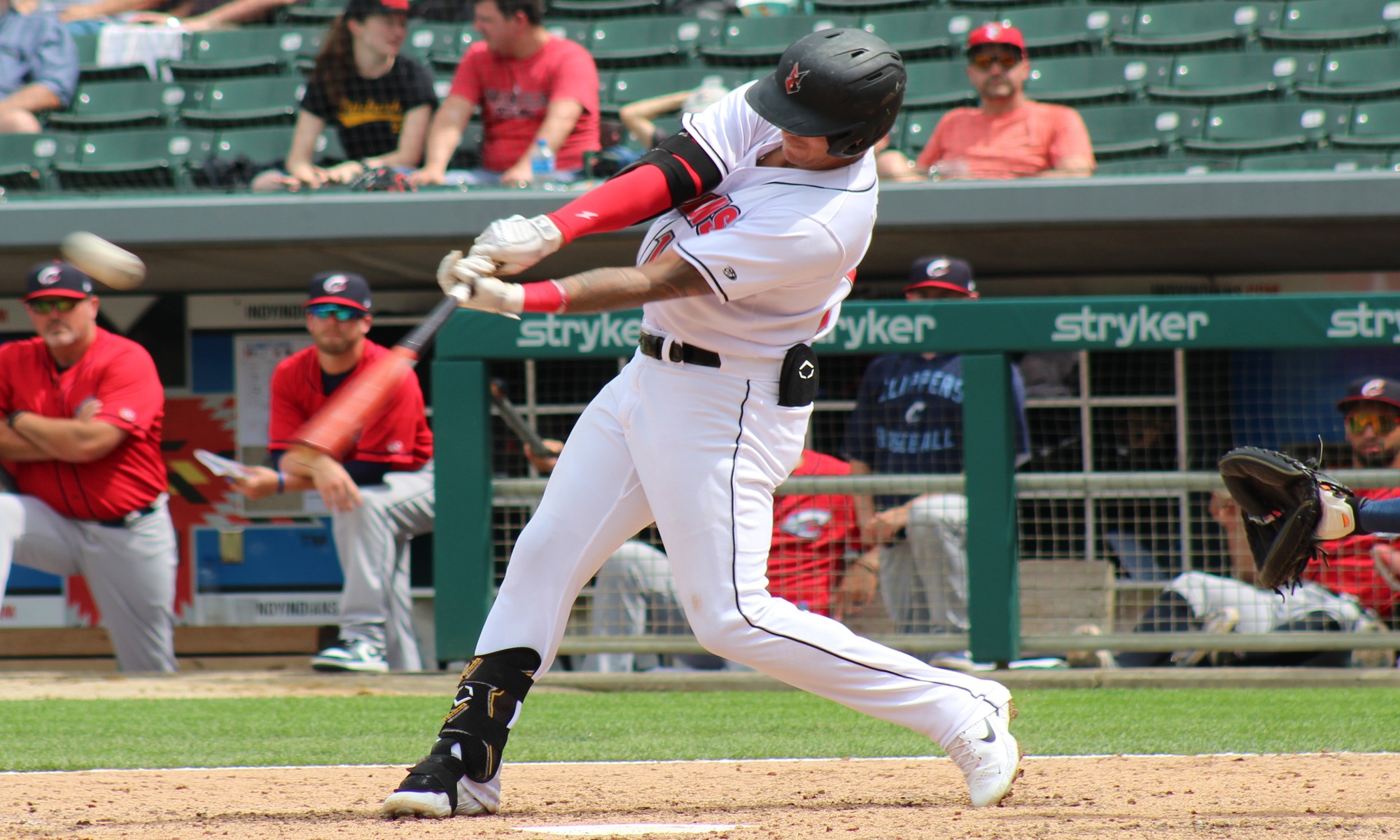 It’s been quite the couple of days for Bligh Madris after getting called up to the majors. He collected three hits in his first major league game, and then followed that up on Tuesday by hitting his first home run.

The Matt Gorski show continues in Altoona, collecting two more hits and three more RBI. While he’s hit some baseballs really hard, sometimes it’s about where the ball goes, as opposed to how hard it was hit. Gorski blooped this double to open up the scoring.

He wasn’t done. Gorski eventually got thrown out in a run down, by extending it out, actually created an extra run. He was credited with two RBI on the single.

Triolo swung a big stick and doubled his home run total on Tuesday, hitting this no doubter to left field.

How far has Bae come since last season? After questioning whether he had the power to make it in the majors as a regular, he is now batting clean-up at the Triple-A level.

When he gets ahold of the ball, no matter how little contact it looks like he got, the flies off the bat. This single traveled 111.8 mph off the bat.

Cruz has put up some crazy Statcast numbers, but you get the feeling we haven’t seen the best of him yet, at least when it comes to punishing the baseball.

For god's sake stop with the position players pitching, it's…

Worst pythag record in baseball, after finishing with the second…

If they could, they would. I also think, if they…

The return is their absence…can say that about a lot…

On Newman, I forgot to include him in the "trade…

Could be a nice later round find. Maybe the first…

I dont think reynolds is going anywhere, we have him through 26, he wont go unless we get completely overwhelmed with an offer

i was mostly being facetious with my comment about the timeline, but i do think he’ll be traded at some point

i should clarify. i think he’ll be traded before 2026.

I still think they are mishandling guys a bit. Cal Mitchell is up and hasn’t looked bad, but now he’s sitting. Swaggerty was up then down, Smith up then apparently hurt. Too many outfielders. BAE should be up playing second, not Park. Etc.

I think Mitchel and Castillo should go back down to get regular at bats.

i think that’s likely. castillo will go for newman. mitchell will go for gamel. marcano will probably go for vanmeter

Pirates management finally seem to be trusting and playing their own prospects, even if it’s begrudgingly and only because of injuries and predictable failures among those who they first elected to play. Seeing a guy like Madris do so well and hit his first major league HR was very special to see.

With a few exceptions BC has prioritized upside rather than readiness in trades and in the draft. It usually takes time for those players to be ready.

Daily Bae highlight is soooo appreciated, thank you Andrew👏👏…. I actually thought with his blazing speed that would have been a triple for him but probably cognizant of runner ahead of him👍

Last edited 15 days ago by tedwins
0

It won’t be long until he’s batting lead off and playing 2B for the Pirates.

if they call him up it won’t be for long, with Marcano, Newman, VanMeter and even Tsusugo who will push Chavis back to 2nd will cut playing time. Hopefully they’ll move those guys soon.

Obviously doesn’t help Bae out for this year but I’m guessing only Marcano is still with the team next year out of that group, maybe Chavis too but as a first baseman primarily with Tsutsugo gone.

Why isn’t he up now instead of Park?