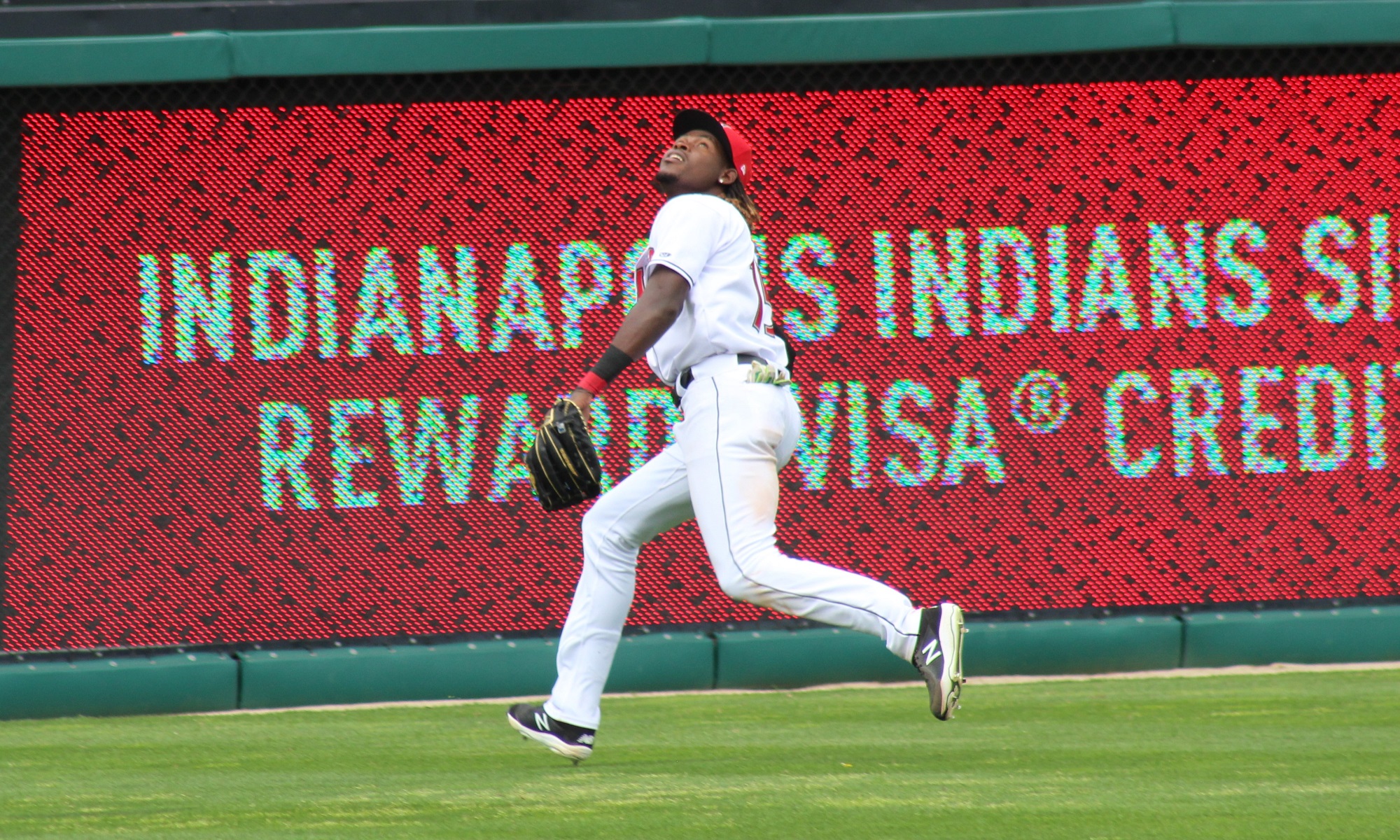 This was a very strange week in the minors. Out of the top four levels, there were 16 players who reached the magical .800 OPS cut-off I use below to make the team summaries. There were also 14 pitchers who threw shutout ball for at least three innings. It was a strong week for the system as a whole, yet no one had a big week as you will see below. That led to some big differences in the voting for these spots, including the top spot, which went to Oneil Cruz, who won despite starting just four games. He had the highest OPS in the system for the week, putting up a .375/.450/.750 slash line in 20 plate appearances, with a double, triple, homer and three walks. That was enough to earn him this week’s Pirates Prospects Player of the Week honors.

Cruz has had a rough season, with an extremely slow start on offense through early May and some poor defensive showings that don’t all show up in his 16 errors. However, he would likely be in the majors already if his effort and concentration in the field matched his offensive stats since May 5th, even with 11 errors during that time-frame. Most people bring up the Super 2 status, but that point has passed more than a week ago. Over the last 28 games, he’s hitting .294/.400/.578 in 28 games. Over that time he has the fourth highest OPS behind teammates Travis Swaggerty and Bligh Madris, and also Matt Gorski in the top spot. While both Swaggerty and Gorski are superior fielders at their position, they were both been promoted during that time. Madris could be pushing for a promotion as well, but Cruz is the only one of them who is a top ten prospect in the system.

No one doubts the tremendous raw power of Cruz, along with the ability to run fast, and an arm that will play anywhere they put him. He doesn’t always have the best pitch selection, but you’ve also seen plenty of instances where that doesn’t matter, hitting towering homers on pitches he shouldn’t be swinging at. If he ever does develop a little better patience and strike zone recognition, then he’s going to reach his peak. Even though he chases a lot, he doesn’t normally rack up big strikeout numbers. He was too high with the strikeouts this April and his stats suffered, but in the last 130 plate appearances (since May 5th), he has an 18.5% strikeout rate. For a power hitter, that’s outstanding if he can keep it up over a season. Even if it goes higher, he still has wiggle room at that point.

Cruz has been his own worst enemy this season, but he’s still close to making the majors and being able to stick once he makes it. He just needs to keep his head in the game, have a willingness to play the outfield (possibly just on occasion) and give full effort each game. The rest will fall into place. He’s a top prospect in baseball for a reason (actually numerous reasons) and the fans in Pittsburgh should soon start seeing when fans in Indianapolis have been seeing over the past five weeks.

Analysis: Aside from Cruz, Canaan Smith-Njigba, who just joined the Pirates, also received Player of the Week recognition for Indianapolis. He hit .375/.464/.625 in 28 plate appearances. That performance helped get him his first big league shot. While his power numbers aren’t great, he has drawn 33 walks this year. Bligh Madris also got some Indy Player of the Week consideration with his .409/.480/.682 slash line in 25 plate appearances, giving him the third highest OPS of the week. Madris was just recently named as our Player of the Week, so he’s now making a push to the majors, especially after he added first base to his resume on Sunday. Jared Oliva had a 1.017 OPS in 20 plate appearances and had the play of the week with his walk-off straight steal of home. Even though no one had a huge week for Indianapolis, they collectively hit well, including Ji-hwan Bae adding a .984 OPS in 28 plate appearances. Hoy Park had a .976 OPS in 26 plate appearances. You don’t often find six guys with an OPS over .975 in one week for a team.

On the pitching side, John O’Reilly threw three innings of shutout ball. Bryse Wilson allowed one run over six innings in his start. Cam Alldred and Cam Vieux each gave up one earned run over three innings.

Analysis: Travis MacGregor and Mike Burrows duked it out for the top spot here. MacGregor tossed five shutout innings on two hits, with no walks and eight strikeouts. Burrows tossed five shutout innings on one hit, three walks and nine strikeouts. In was that close, but the man who did it out of the bullpen got the nod. MacGregor has a 1.69 ERA and 42 strikeouts in 32 innings as a reliever. In that role, he’s been as good as any starter in the system, including Burrows, who ranks first in the Eastern League with a 2.13 ERA, third with a .182 BAA and fourth with a 1.03 WHIP. He’s also eighth with 66 strikeouts. Bear Bellomy tossed 3.1 scoreless with no walks or strikeouts. Joe Jacques tossed three scoreless as he continues his rehab work. Carmen Mlodzinski didn’t throw shutout ball, but the only run he allowed in five innings was unearned. JC Flowers made a start and a relief appearance, allowing one run in 3.1 innings.

On the hitting side, Aaron Shackelford led the way with a 1.083 OPS, thanks to a triple and two homers. Jared Triolo waited a long time for his first homer, which he got this weekend. He had a .984 OPS for the week, with four steals in four attempts. Brendt Citta had a .908 OPS in his four games. Andres Alvarez had an .829 OPS, boosted by a homer and six walks. Matt Gorski had an .826 OPS, thanks to two doubles and a homer. Liover Peguero gets a co-share of the Just Missed award with his .773 OPS in 22 plate appearances.

On the pitching side, Domingo Gonzalez had the best start of the week for Greensboro, throwing five shutout innings.  Jack Carey and Santiago Florez each tossed 3.2 shutout innings on three hits and three strikeouts. Jared Jones got hit around and was wild for 4.1 innings, but emerged from 11 base runners with one run allowed. Garrett Leonard gave up one run over four innings in his two appearances.

Analysis:  While I mentioned that no pitchers had a huge week, Aaron Shortridge had the most impressive week in the system. Granted, we are talking about a 25-year-old in Low-A, but this is also someone who could have been knocking on the big league door if Tommy John surgery didn’t knock on his door first. On Tuesday, Shortridge pitched for the first time since 2019 and debuted with three shutout innings. Under these new six-game per week schedules, very few pitchers go twice in the same week. In fact, Shortridge was the only one this week, and on Sunday he tossed another three shutout innings. Regardless of his age/experience/level, doing that after not pitching in 33 months is extremely impressive.

Shortridge wasn’t the only noteworthy debut or performance for Bradenton. Quinn Priester pitched his first game and threw three shutout innings. Anthony Solometo followed with four shutout innings in his third appearance. They combined for the first seven innings of a no-hitter. Jake Sweeney, who tossed the eighth inning of that no-hitter, threw a total of four shutout frames this week. Po-Yu Chen battled through 4.2 innings to throw shutout ball. Valentin Linarez gave up one run in four innings.

I mentioned at the top that 16 players had an .800 OPS or better, and you read more than 16 names up top as I pushed in two close calls. No one on Bradenton came close to that mark.

I read articles like this and look forward to real possibilities of meaningful Buctober…soon.

Man did you nail it, John.

Further on the Super 2 discussion, I looked at some basic numbers (nothing too in-depth), but I personally think the Super 2 date passed even further back. Just with the amount of rookies that opened on big league roster and have remained, then a handful of others that came up early in the year, and remained.

Cardinals lining up an absolutely BONKERS 2020 draft class. Their…

the vibes were off, man!

With that theory, why even have a minor league system

His swing against breaking pitches is even more vulgar