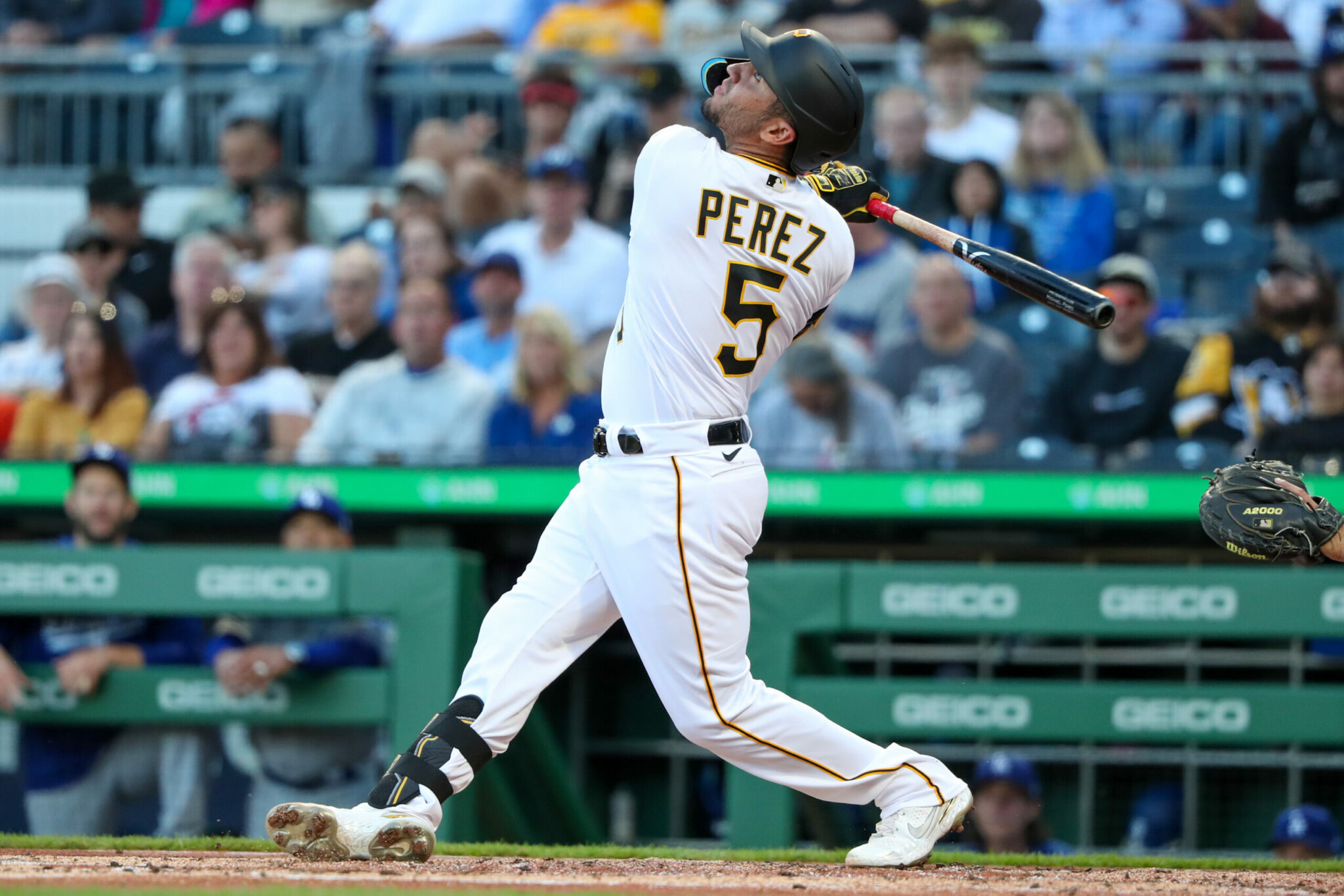 The New York Mets have acquired catcher Michael Perez from the Pittsburgh Pirates for cash considerations according to Jon Heyman. Perez was designated for assignment yesterday to make room for outfield Greg Allen on the 40-man roster.

Perez hit .145/.217/.300 in 109 games during his two seasons with the Pirates. He was sharing the catching duties with Tyler Heineman after Roberto Perez was lost for the season, but Michael Perez lost his spot recently to Jason Delay. The Pirates still have three catchers at Indianapolis, but it’s unclear who would be third-string on the Pirates depth chart at this point between Taylor Davis, Carter Bins and Jamie Ritchie. Bins is the only prospect, but Davis has big league time and Ritchie has much more upper level experience, so all three have a good case in the short-term, though none of them are putting up decent numbers on offense.

The Pirates announced the deal, while also noting that Colin Holderman, who was acquired from the Mets yesterday, has been optioned to Indianapolis. He’s been having a lot of big league success, so my guess is that he won’t be down there long.

Smh……sending Holderman to Indy? I don’t care if it’s only for a day, this is Roster Mismanagement 101. He’s proven himself in the show. Have some freaking urgency for once and welcome Holderman to the 26-man, make him feel wanted, don’t dawdle around BC, make the roster move. You don’t buy him a plane ticket to Indy!!

I mean it could be just a paper move. There are some roster shenanigans to do.

Well stated. I never even gave time at AAA a consideration for Holderman – but it’s the Pirates after all?

He was called up by the Mets May 15, so the most MLB Service he can get is probably around 143 days, well short of the 172 needed for a full year of service. Surely we are not playing games with his Super 2 status?

This makes no sense for the Mets to those of us who watched Perez flounder as part of some pretty bad Pirate teams, but he was the backup catcher for some winning teams in Tampa. Maybe the Mets know what they’re doing. I hope he does well, but on the other hand am not unhappy to see him go.

As a backup catcher I don’t know that he’s that bad. We got in a pinch too often and had to use him more.

Let’s designate Yoshi and VanMeter and see if we can get MOAR MONEY! Maybe a certain owner didn’t know that there could be money made in these DFAs!

I wonder if he’s the first player in Major League history sold for cash the same season he hit three bombs in a game. Gotta be a pretty small list of dudes good enough to launch three over the fence and terrible enough to not even get a prospect back.

Nickles thought it was Norm & Dave Cash, with Don Money thrown in.

When I think of Michael Perez, I will think of that day he hit 3 HR’s to lead Pirates to a victory over Brewers. I’ll purposely put all those many 0fers out of my mind forever.

Thanks for that one day of greatness Michael. Hasta La Vista, Baby!

Vogey and perez gone… I dont know if i can believe that we will get rid of every single one of the vets, but even just 2-3 more will leave me fairly content with the amount of young guys getting regular playing time

Their top prospect is a catcher in the high minors….. riots if that happened to us.

Last edited 2 months ago by robertkasperski
1

hard to believe.
They must have scouted him only the game he hit 3 home runs.