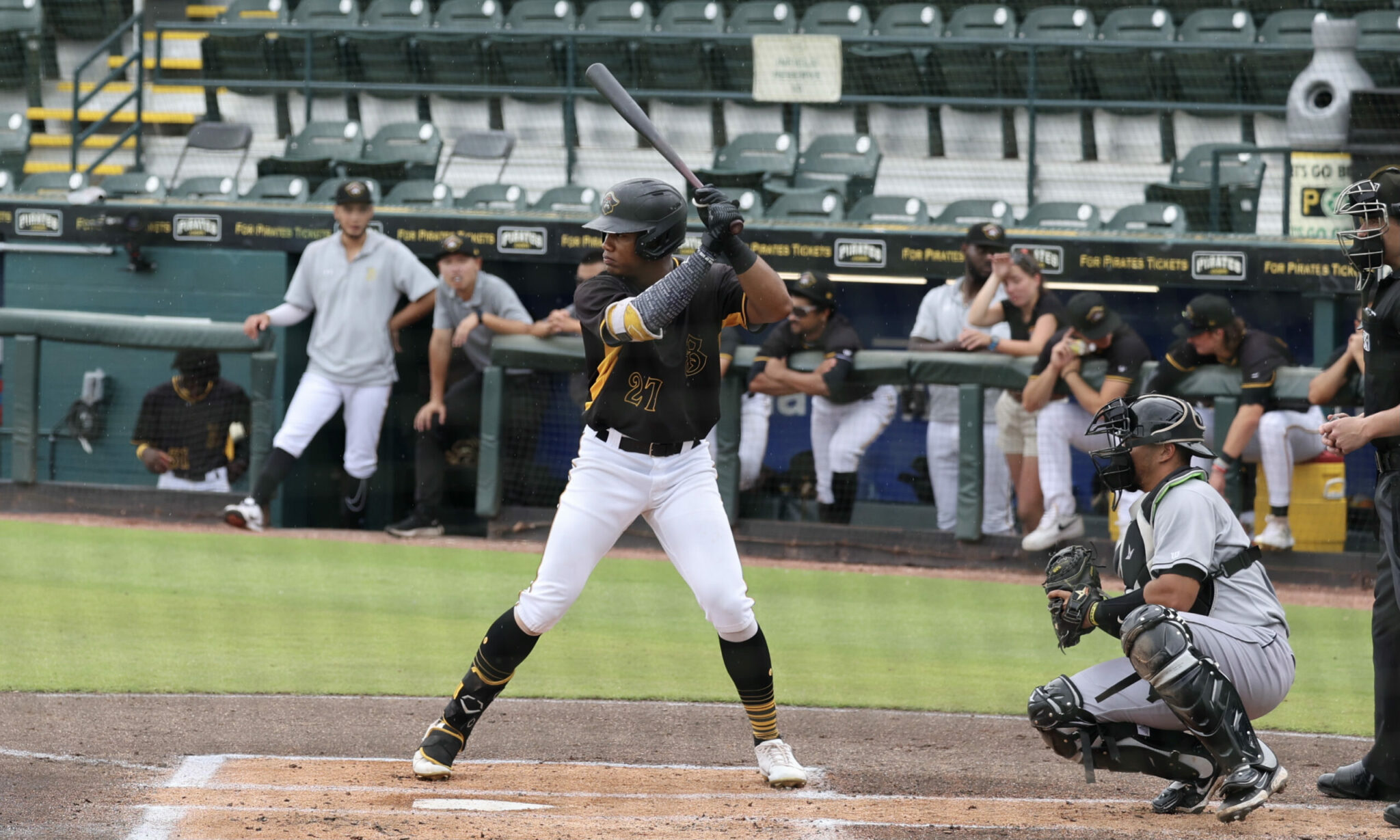 The 24-year-old outfielder hit the ground running as soon as he joined the Altoona Curve at the beginning of the month. Macias is slugging .492 in Double-A, hitting his first home run at the level on Wednesday.

For the first time in Double-A, we present to you: "Fabricio Ma-see-you-later!" Macias leaves the yard to give us the early lead!

In 11 games this month with Bradenton, Basabe has slashed .345/.441/.586 and hit his third triple of July on Wednesday. It was one of three hits on the day for Basabe.

Angel Basabe with a RBI triple for the Marauders, who are really pouring it on Lakeland today #LetsGoBucs pic.twitter.com/ZGSIlH52jt

In just his second game of the season with Bradenton, Baez delivered his first Single-A hit, a reminder that sometimes it isn’t how hard you hit it, but where it lands. The also drove in Basabe, who had reached base on a triple.

Campana is still struggling to put the ball in play at times, but when he has, he’s making some very strong contact. His two-run home run opened up the scoring on Wednesday, and had an exit velocity of 105.

Sergio Campana with a two run shot with an EV of 105! 2-0 Bradenton #LetsGoBucs pic.twitter.com/E56IcPfNEB

Altoona lost 12-3 on Wednesday, and now have been outscored 23-8 in two games this week against Bowie. The last run came on this Matt Fraizer RBI single.

One run across, courtesy of @mattfraizer3! We trail Bowie 8-3 in the seventh. pic.twitter.com/zcm1Al6ynz

I talked about Escotto on Wednesday morning’s P2Daily, and the progress he has made since landing back in Bradenton. He drove in a run later that day on this base hit.

I talked about Maikol Escotto on ⁦@pirateprospects⁩ this morning and here he comes through with a RBI single to further extend the Marauders lead #LetsGoBucs pic.twitter.com/gBxgLNZAfm

Campana seems to a great athlete but can he hit? If he can, he is a sure major league player. If not, another international bonus baby that did not pan out.