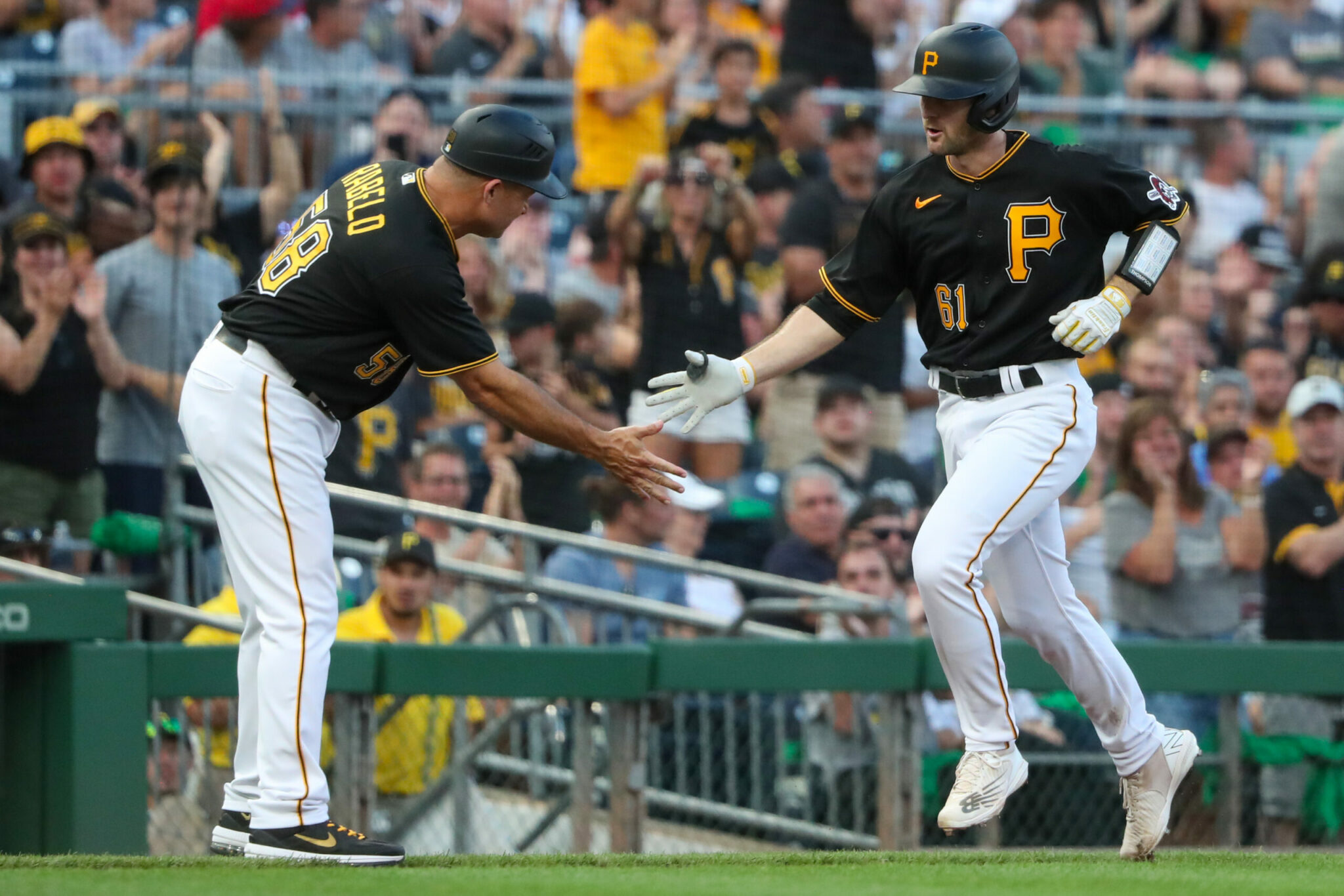 The 27-year-old catcher has never really been known for his offense, so it’s been a welcome surprise to see his success at the plate since being called up to the majors. Friday night he hit his first major league home run, and has an .861 OPS in 13 games with the Pirates.

Photo above of the event by Pirates Prospects photographer, David Hague.

Macias was really starting to find his stroke heading into the break, and picked things right back up where he left it on Friday. With his bases clearing double against Harrisburg, Macias has back-to-back games with three RBI. He has eight total on the month and is slugging .476 in July.

Three runs cross on this bases-clearing double from Fabricio Macias! We trail by one entering the bottom of the eighth!

The Pirates haven’t been shy about sending players straight to the majors with little, if any, time at Triple-A. They did so with Rodolfo Castro last year, and did so with Suwinski recently. A recent slump had the team send him back to the minors, but Suwinski showed why he was leading the NL in home runs, launching two on Friday.

433 ft. I guess that's why they call him Jack. 🤔 pic.twitter.com/ociiKf6Exq

Here’s a look at the second one.

This new guy could win our Indianapolis Rookie of the Year Award. 🔥 pic.twitter.com/mBRi1akwBz

Probably won’t be too long till he is back in Pittsburgh.

Shack Attack strikes again! Home run No. 16 of the season for Aaron Shackelford ties the game!

Hot on his trail has been Andres Alvarez, who is also surprising a lot of people with his display of power. He hit his 14th home run of the season on Friday against Harrisburg.

Certified Slugger @and6alv just mashed his 14th home run of the season to make it a 5-2 game in the sixth!

Macias seems like a forgotten prospect and not one the organization values, but he continues to do well even if not looking like a part of the Pirates’ future.

Alvarez and Shackleford are two interesting Rule 5 decisions–have they shown enough this year to be worth protecting?

Proud of Suwinski , getting demoted and quickly smashing. Not surprised at all, see you back soon!

I was so glad to see that he had hit the two HRs last night after his first couple of games with Indy were rough. I’m not sure he should have been sent down at all, but I hope that at the least he’s back up after the trade deadline.

Alvarez and Shackelford were both marginal prospects but they are using double A to change how they now perceived. They are prospects now and no longer filler.

Add in Fraizer from last year and Gorski this year, and it shows that maybe we’re doing something right with development and that college position players drafted after the first couple of rounds can still have upside.