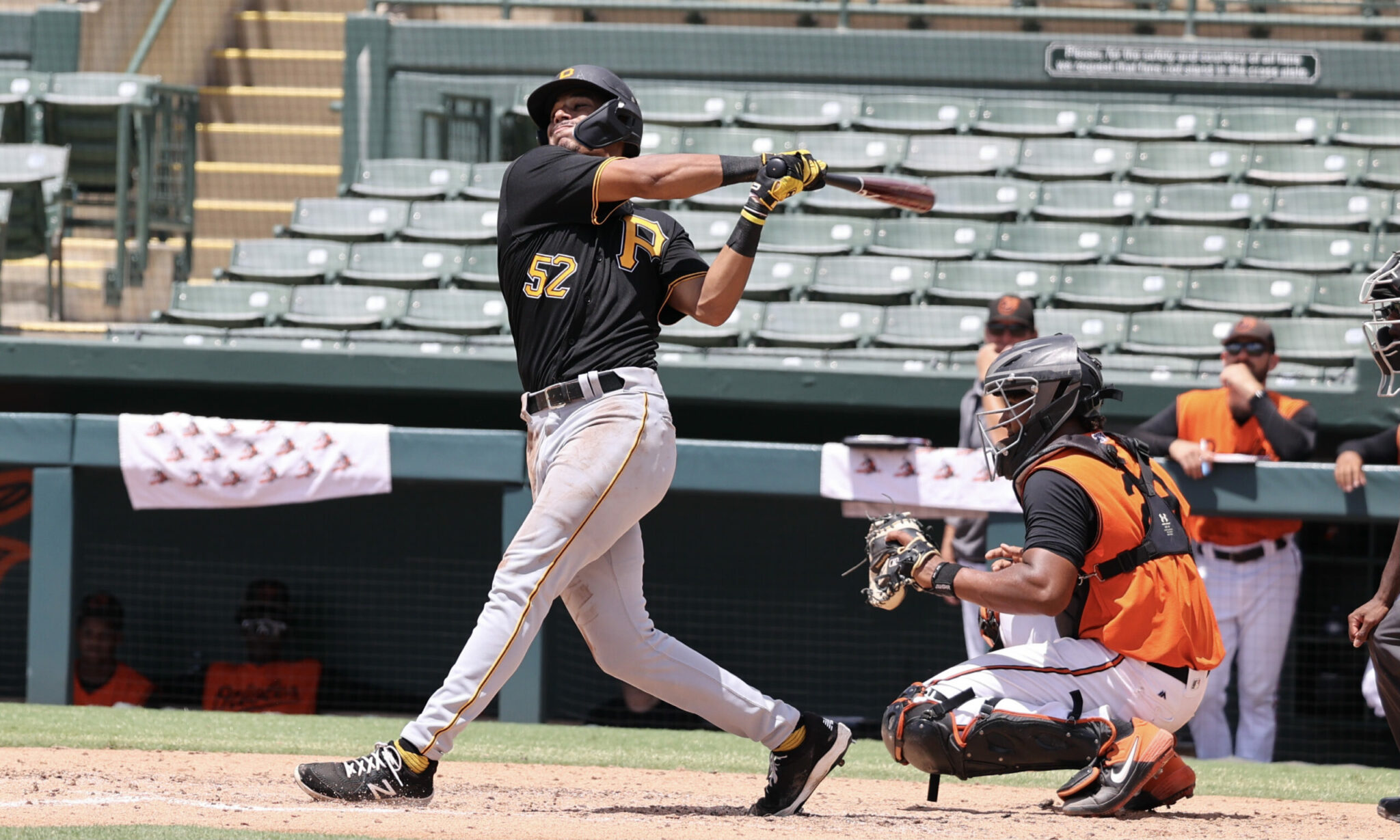 One of the prep players the Pirates signed to over slot deals in 2021, Lonnie White got in his first bit of game action this season. He didn’t play the entire game as they worked him back, but he made his lone hit count, hitting a home run.

The photo above from the game was taken by Wilbur Miller.

Indianapolis jumped out to a 4-1 lead in the first inning on Saturday, but slowly found themselves trailing by the sixth. Travis Swaggerty tied the game up in the seventh before Mason Martin walked them off in the bottom of the ninth.

.@HowardKellman had a feeling he just might do it.

Peguero picked up another hit on Saturday, but it was this nice diving stop that stood out for him on the day.

Peggy shows off the range! 🔥👀 pic.twitter.com/ZswAwwUYyt

Jones pitched again on Saturday, giving up five runs but still getting the win. They weren’t live on stream for that game, but they were last week, in which he delivered one of his better starts of the season. Here’s a look back at the start in it’s entirety.

Just how good has Rivas been the last two games? He’s gone 8-for-9, with two home runs and five RBI in that span. He collected six hits in a single game on Friday, and picked up two more Saturday, including this home run.

I’ve been telling fans who haven’t seen him about PITT IF prospect Javi Rivas & how much growth I’ve seen. He’s 8 for his last 8 w/a couple homers including this one. Get familiar! #prospect #player pic.twitter.com/TrjOsuuA6Y

As the trade deadline continues to approach, some of the veterans are getting their last opportunity to showcase their skills in hopes of catching on with another team. Meanwhile in the minors, you can see their potential post-deadline plans coming together a bit, with Bligh Madris playing at first each of the last two games.

He also continued with this mammoth home run on Saturday as well.

Collecting home runs like they are infinity stones. 😤 pic.twitter.com/EbLBaey7IM

As an aside, love the Indians uniforms!

Lonnie White first of the year, first in Low A, but not first career. I’m sure he hit a couple last year!

Just looked up Rivas on PP’s Depth Chart (which needs to be updated a bit, but I’m not complaining as it’s a great resource even if it shows Castro in the majors (where he should be) ;)) and Rivas’s page is a reminder about how uninformative DSL stats are (from last year):

Did yinzers hear the sound of that oppo taco from Rivas? Holy Cannonball Coming, Batman!

Another Unicorn Shortstop? Surely you kid…