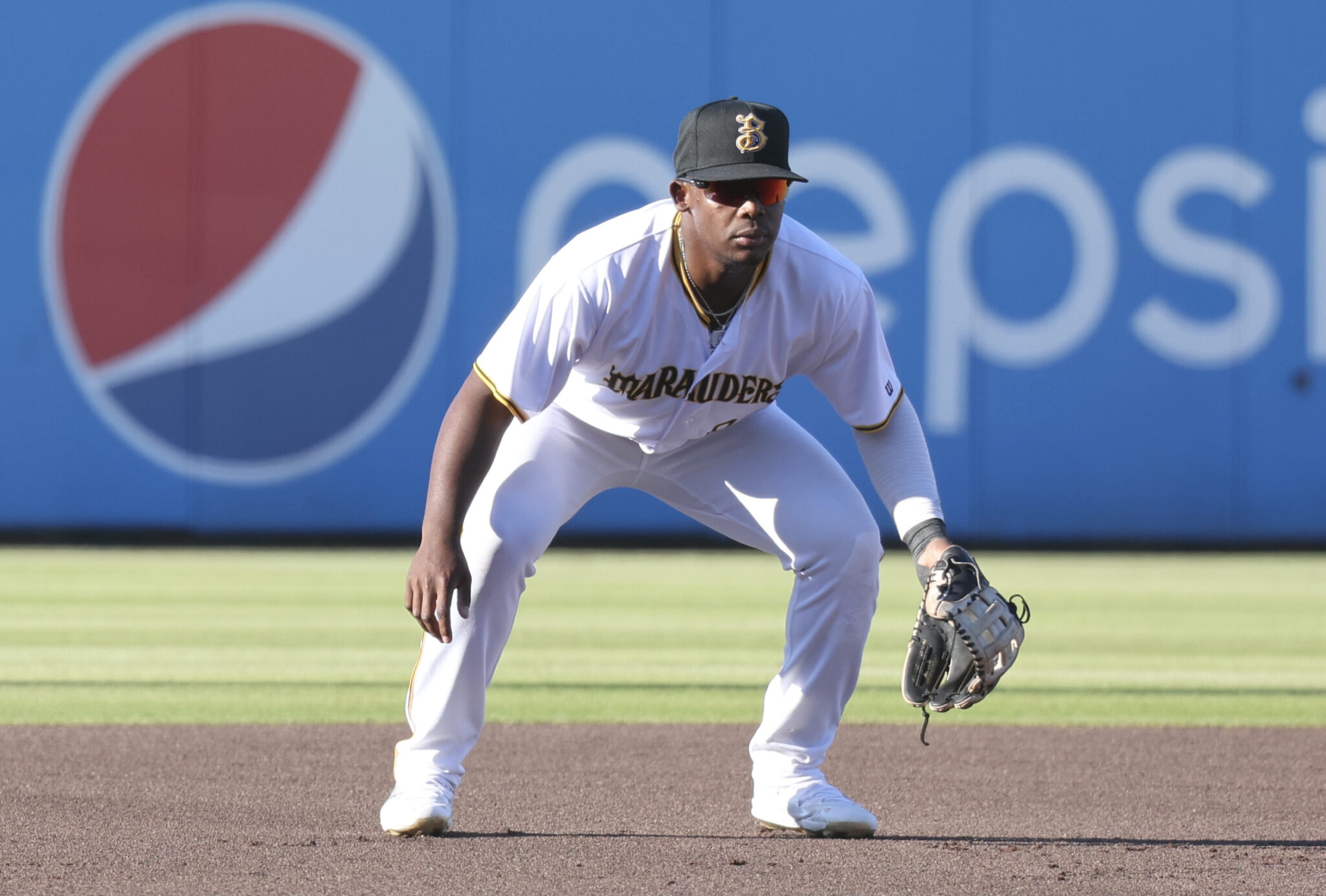 There wasn’t much scoring going on in Altoona on Saturday, with the first run of the game coming in the ninth inning.

Connor Scott won the game on a sacrifice fly, his 25th RBI of the season.

Campana is still struggling to make contact, but when the opportunity presents itself, he has put his elite speed to use. This time it was in center field, making this diving catch to get the third out of the inning.

Of course, every now and again, he comes through with a big hit, including this walk-off double to put the Marauders back in the win column after their streak came to an end the night before.

Sergio Campana with a walk-off double as the Marauders get back on the winning side of things #LetsGoBucs pic.twitter.com/8brgKFxgcB

Alvarez has been one of the biggest surprises in the system, displaying power that almost no one knew he had. He’s been no slouch on the diamond either, making some great plays with the glove.

Andres Alvarez with a slick play at short to get the last out of the inning #LetsGoBucs pic.twitter.com/9YK8gDRKpP

Speaking of making plays with the glove, so to speak, Jared Triolo’s highlight reel defensively goes as deep as any in the minors right now. He adds to this with a bare-handed play to get the Richmond hitter.

Hoy Park hit his third home run for Indianapolis this season, giving them a 2-0 lead in the second inning.

This is a Hoy Homer™ alert. pic.twitter.com/SKyLmy0fl2