Player of the Week: Endy Rodriguez Shows Off the Power in Greensboro 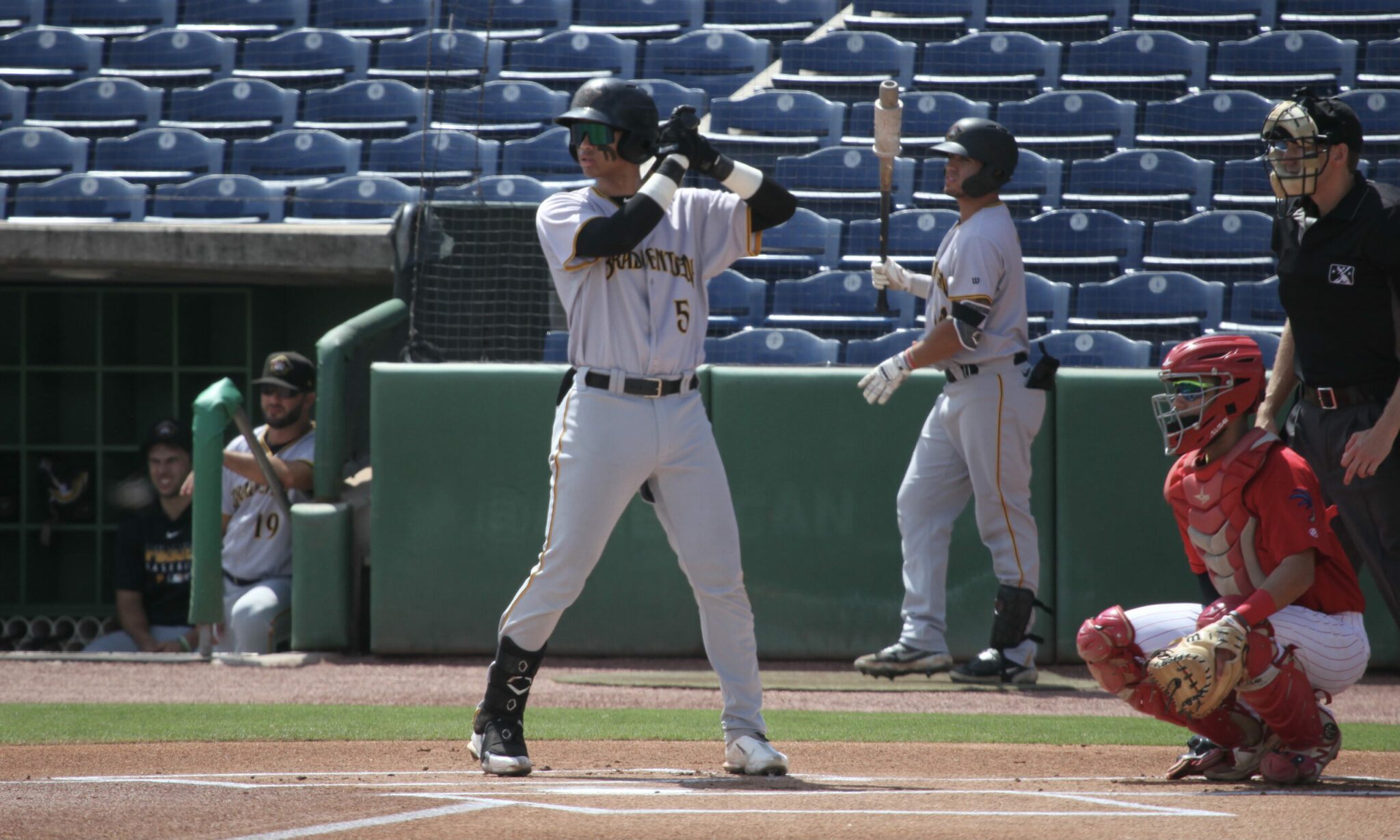 Due to the shortened week in the minors for the All-Star break, we are skipping the normal Player of the Week article this week. No one in the system had more than 16 plate appearances, and many of the pitchers didn’t even take the mound last week. Instead of focusing on one player this week, we are going to take a quick look at each level of the minors.

Hitters: Tucupita Marcano is putting up solid numbers with Indianapolis after going 5-for-13 with two doubles and a homer last week. After his last stint with the Pirates, they boosted him up to Triple-A from Altoona. It’s only eight games so far, but he has a .921 OPS. Rodolfo Castro highlights why we decided to skip the Player of the Week for the shortened week. He homered twice in one game (2-for-5 day) and went 2-for-8 with two singles and a walk in the other two games, yet he had one of the best OPS (1.126) in the system. Jack Suwinski was basically the same thing, going 3-for-13 with eight strikeouts, but two of those hits were homers, so he had a 1.055 OPS.

Pitchers: Noe Toribio had quite an outing this week in relief, throwing three shutout innings on one hit and six strikeouts. He has a 4.50 ERA since joining Indianapolis, though that’s mostly one bad inning. He has a 2.07 ERA in the rest of his Triple-A time. No one else really stood out for the week, as all three starters struggled and some long reliever got hit around too.

Hitters: Blake Sabol had a 1.098 OPS in 13 plate appearances. He was really struggling for quite some time after a strong start. From May 28th – July 9th, he had a .602 OPS in 31 games. Andres Alvarez went 2-for-10, but he had a homer, four walks and two steals. Aaron Shackelford was our last Player of the Week and he put up an .853 OPS in 13 PAs, with a double, homer and two walks.

Pitchers: Quinn Priester had an extremely impressive start on Sunday. He pitched six innings, allowing one run that was unearned. He gave up three hits, one walk and struck out eight batters. He now has a 1.65 ERA and 29 strikeouts in 27.1 innings since joining Altoona. The only noteworthy relief performance was Tahnaj Thomas, and not really for this past week. He threw a shutout inning and struck out two batters in his only appearance. Since the start of June, he has a 1.74 ERA in 20.2 innings, with four walks and 24 strikeouts. Over the first two months of the season, he had a 5.65 ERA and a 10:11 BB/SO ratio in 14.1 innings.

Hitters: Endy Rodriguez is really heating up and he had a huge return from the All-Star break, homering four times, en route to a 2.033 OPS in 15 PAs. Since his .652 OPS in April, he has a .969 OPS in 60 games. If you could isolate that section, his OPS would rank second in the league. As it is, his .888 season OPS ranks fourth among all players with 250 plate appearances. Greensboro had a strong week overall, as Hudson Head went 5-for-12 with two homers and Dariel Lopez went 6-for-14 with two homers. Abrahan Gutierrez put up a 1.282 OPS in 13 plate appearances, which was only good enough for the fourth best week.

Pitchers: Greensboro is a hitter-friendly park and they were at home this week. That led to the the stats you see above, but also to some bad pitching. The two most noteworthy performances were two no-hit/scoreless innings from Cristian Charle and 2.1 no-hit/scoreless innings from Denny Roman. Justin Meis allowed two runs over five innings as the best start of the three starters this week.

Hitters: Bradenton didn’t have much of a week. Not only did the play just three games like everyone else, but two of those games were shortened by rain. The only significant hitting performance was Juan Jerez, and he went 2-for-10 at the plate. Those two hits were a triple and homer, and he walked twice as well, giving him a 1.033 OPS

Pitchers: There was really nothing of note here, as no one put in more than one scoreless inning. Starters Joelvis Del Rosario and Po-Yu Chen both gave up two runs over five innings. Usually I use 3.00 ERA as a maximum, but if I did that, no one would get mentioned. This was more a product of the two shortened games/three games total than poor pitching.

Hitters: The FCL Pirates played three games and only one player took part in all three. Javier Rivas had quite the impressive short week, going 9-for-13 with two homers and a walk, giving him a 1.868 OPS. Going into Monday’s action, he had an .852 OPS in 109 plate appearances. While he only played one game, I have to mention that Lonnie White Jr made his season debut on Saturday and homered. He’s going to be one of the more interesting players to follow going forward this year.

Pitchers: Enmanule De Los Santos had a strong outing, going three no-hit/scoreless innings on one walk and six strikeouts. Starter Alessandro Ercolani pitched three scoreless on two hits, one walk and four strikeouts. The 18-year-old from San Marino has allowed a total of four runs in his seven starts. Luigi Hernandez had five strikeouts in two scoreless innings. Owen Kellington returned from a month-long injury to strike out four batters over two scoreless.

Hitters: Carlos Tirado was one of the best hitters in the system during a week that was only shortened one game for the DSL teams. He had a 1.733 OPS in 15 PAs, thanks to two doubles, a triple and four walks. Ewry Espinal went 4-for-11 with a double, two triples and four walks. Yordany De Los Santos had a monster week at getting on base, going 3-for-8 with two doubles, five walks and three HBP. He had a .688 OBP. As the Pirates top international signing during the current signing period (started on January 15th), he came into Monday’s action with a .743 OPS in 35 games. Kelvin Diaz had a 1.108 OPS in 16 PAs and Daje Morales had a 1.079 OPS in 15 PAs.

Pitchers: Isaias Uribe had the best outing, throwing five shutout innings on four hits, no walks and eight strikeouts. He has another outing this year with four no-hit innings, but his season ERA is 6.95 in 22 innings, allowing 17 runs in his other 13 innings of work. Jonathan Salazar tossed three no-hit/scoreless innings in an outing shortened by rain and reliever Luis Joseph threw three scoreless in a long relief outing. Starter Pitterson Rosa tossed four scoreless innings. He was the top pitcher signed back in January by the Pirates.

I think Endy and Abraham create one of the better problems among prospects at catcher and if one or both would be moved up it would let Eli Wilson get more playing time. Endy’s been able to show some solid play at second which is very helpful in getting him at bats.

Has ended cleaned it up at 2B? The video was saw earlier this year was not at all a promising look at his movement there imo