Williams: What it Takes to Go From the Draft to Pittsburgh 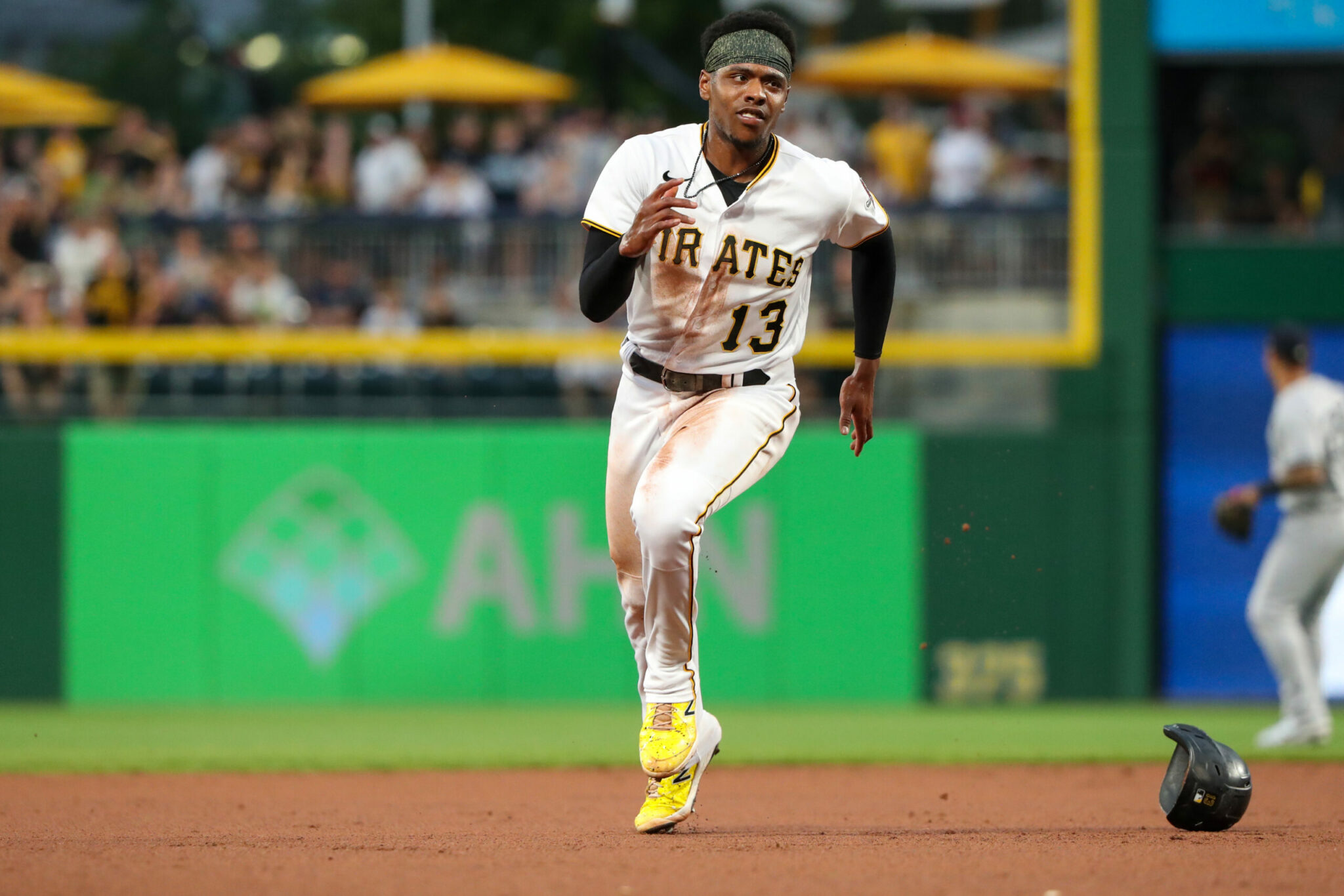 That’s all you need to make the majors.

On draft day, there are a lot of “things” to choose from.

A high spin breaking pitch with a lot of movement.

An ability to hit either of those pitches a long, long way.

Or, the ability to play shortstop. Like, really play it well, to the point where everyone would inevitably wish you could hit half as good.

We focus on the height and weight of every player.

We focus on speed.

The hope for every drafted player is that one of the “things” that scouts noticed will be the same thing that gets them to the majors one day.

If there’s one thing I’ve learned in my time around this game over the last decade, there’s only one thing that consistently gets a player to the major leagues.

Stats become irrelevant almost as quickly as they are calculated. They tell a story of the past.

Only the future matters with prospects. It’s implied in the name.

Next year at this time, it won’t matter what any 2022 draft pick did in high school or college. We will only use those previous numbers as a weak comparison to their first impression in pro ball. That first impression will become irrelevant by the next level they reach.

If you’re a fan, trying to take comfort in the idea that a young human being will figure out exactly how to maximize their positive attributes, while trying to minimize their negative attributes, then of course you want to see some sort of quantifiable data to show that the player is progressing as expected.

Imagine being the player.

I think we all can imagine entering an unknown job that we know we can do, that we got with previous skills that project to the next level and higher, and then we get there and realized we didn’t know a single thing about anything in life, ever.

The thing about experience is that it’s not about just checking off a daily box on an attendance sheet. Time is a valuable thing, but the players in this game who make the majors and stick are the ones who learn over time that the stats are a byproduct of their routine and approach to the game.

In other words, they know that they create the stats.

That’s why we turn on the TV and watch the best MLB players live.

We know that for some players, the stats don’t matter.

We’re watching artists work live when some players are on the field.

Down in the deepest depths of the minors, it’s a story most people can relate to more closely.

Imagine being a player who doesn’t yet know that he creates the stats. Not every player will trust in themselves to ignore the stats of the past while they’re changing their game moving forward.

Honestly, how could you trust yourself?

Every single player who is drafted and signed this year is currently riding a high that they might have the things that might get them to the majors one day.

In almost every case, over the course of a pro career, those things will either fail, or won’t be enough.

A high spin breaking pitch with a lot of movement needs control.

The players who make the majors are the ones who have resolve. They’re the ones who can adapt, change their game, and become a brand new player on the same path to the same upside as before.

It takes experience to build resolve. No one is born with it.

But what about the players who don’t get enough experience to test their resolve?

What happens when they need to respond to adversity for the first time at the highest level?

Prior to 2015, Ke’Bryan Hayes became a first round talent in part by getting in better shape through a mountain biking routine. Everyone knew this at draft time. It wasn’t the only thing that made Hayes a first rounder.

The defensive ability at third base was a highlight, getting a boost from the fitness, and no doubt a bigger boost from the knowledge of his father — former major league third baseman Charlie Hayes.

Perhaps that “thing” with the mountain biking was the thing that got Hayes to the majors.

At some point during high school, Hayes was honest with himself and knew that he wouldn’t be a first rounder without needing to first change who he was as a player.

Then, he created a plan to change, and change he did.

That is self-awareness and adaptability.

Both are required to stick in the majors and eventually get a long-term contract to be the cornerstone of a proud, but rebuilding franchise.

Some players only display these attributes after they’ve signed.

Mitch Keller really stood out to me when he improved his control and velocity after overhauling his mechanics heading into the 2016 season. Here we are six years later, and Keller is overhauling how he attacks hitters in the majors with a new pitch.

It’s a reminder both of the importance of adaptability, and that the need to improve doesn’t go away once you lose prospect status.

He does have things to work on. No one in the minors was ever good enough to consistently expose those flaws. Cruz is now adjusting at the big league level, which is not something you’re used to seeing.

Most players aren’t like Cruz and will be challenged in the minors. Those with elite tools will only be challenged at an elite level.

The Pirates added Termarr Johnson in the first round this year, and the confidence he projected out in his interview immediately after the draft was unreal.

He knew it was a live, nationally broadcasted event.

He didn’t know what he was going to be asked.

He still hit it out of the park.

Does anyone doubt a mind that can react in the way he can react — both in terms of questions and in terms of his reported elite 70-80 grade contact skills?

The ability to consistently see a ball approaching you at a speed so fast your eyes can’t even comprehend enough to react — yet your brain shifts to auto-pilot, allowing you to take a stick and send that ball in a more desired direction with little effort at all.

As good as he is now — and I’m back to exclusively talking about on-field play — he is like every other player drafted in that he doesn’t know how his game will play at a higher level.

I’m confident that Johnson will have what it takes to adjust his game to pro ball while maintaining a long-term path to the majors.

The players the Pirates took in the later rounds will need to demonstrate the ability to change their games. That’s mostly because a lot of those players don’t have all of the tools of a top five pick.

Most day two and three picks have obvious areas of their game that needs to improve. Some of those players will improve and continue to positively overhaul their game. Most will not.

We can dream on draft day about where all of these players might be headed.

What I like is following what happens after the draft.

That’s when we see who is adaptable in pro ball, and who has self-awareness to know that they need more than just things to make the majors.

Based on my experience, those are the players who usually end up in New York by the end of their long careers.

Though, hopefully Ben Cherington can build an organization in Pittsburgh that would entice some of them to stick around for awhile.

Can I get an encore? Do you want more?
Cookin’ raw with the Brooklyn boy
So for one last time I need y’all to roar

Now, what the hell are you waiting for?

Subscribe to Pirates Prospects and check out all of our premium content this week, with more coming on Friday as we break down the draft.

In his prime, Ben Hogan said he hit about 5 good shots a round. Like golf, baseball is about talent, perseverance and adjustments.

Accept fewer monies and you are a prime candidate…

Great points Tim, as usual you have the ability to cut thru the noise & focus in on what really matters. I really like this line bc it’s so true “We’re watching artists work live when some players are on the field.”

FWIW, i grew up with one goal & one goal only, to play in the MLB, as many boys do. I had alot of success, outplaying guys my age that went on to play professionally. One big thing that held me back was my speed for a MI, in fact it cost me a D1 offer when the coach saw me get thrown out stealing. I still played in college & in the Great Lakes league (at the time, it was a step below Cape Cod for college guys). I’m now 39, still playing 40-50 games per summer (wood bat baseball not softball!), & win 1-2 championships each year, & play with old MLBers & minor league guys.

My point of sharing the above wasn’t to brag, but to mention that I actually feel fortunate that I never did play professionally. There’s a certain pressure to perform that takes away from the fun of the game. In college i felt a ton of pressure to try to go 3-3 to get my average up, & if I went 0-2 in the 1st 2 abs, man did it feel like a 100 lbs on my back in the 3rd AB. I much rather pay to play baseball than be paid to play, as it’s a freeing feeling not to have those stats hanging over your head (we still keep stats online, but they don’t win you anything).

I love the story. Especially since so many minor league players think the same way — focusing on more than just the at-bat in front of them. It’s difficult to remove all of the outside noise.

As Yogi sorta said. “Baseball is 90% mental and 50% physical” or something to that effect. Most players have skills. It is work ethic and mental toughness that puts you over the top as long as you stay healthy.

When I played, I had a lot of the latter, but precious little of the former. I was a helluva pinch runner, tho. I was Billy Hamilton without his on base skills (that’s how bad I was, lol). Plus, I kept them laughing on the bench.

So you DEFINITELY need to have the skills to start out with.