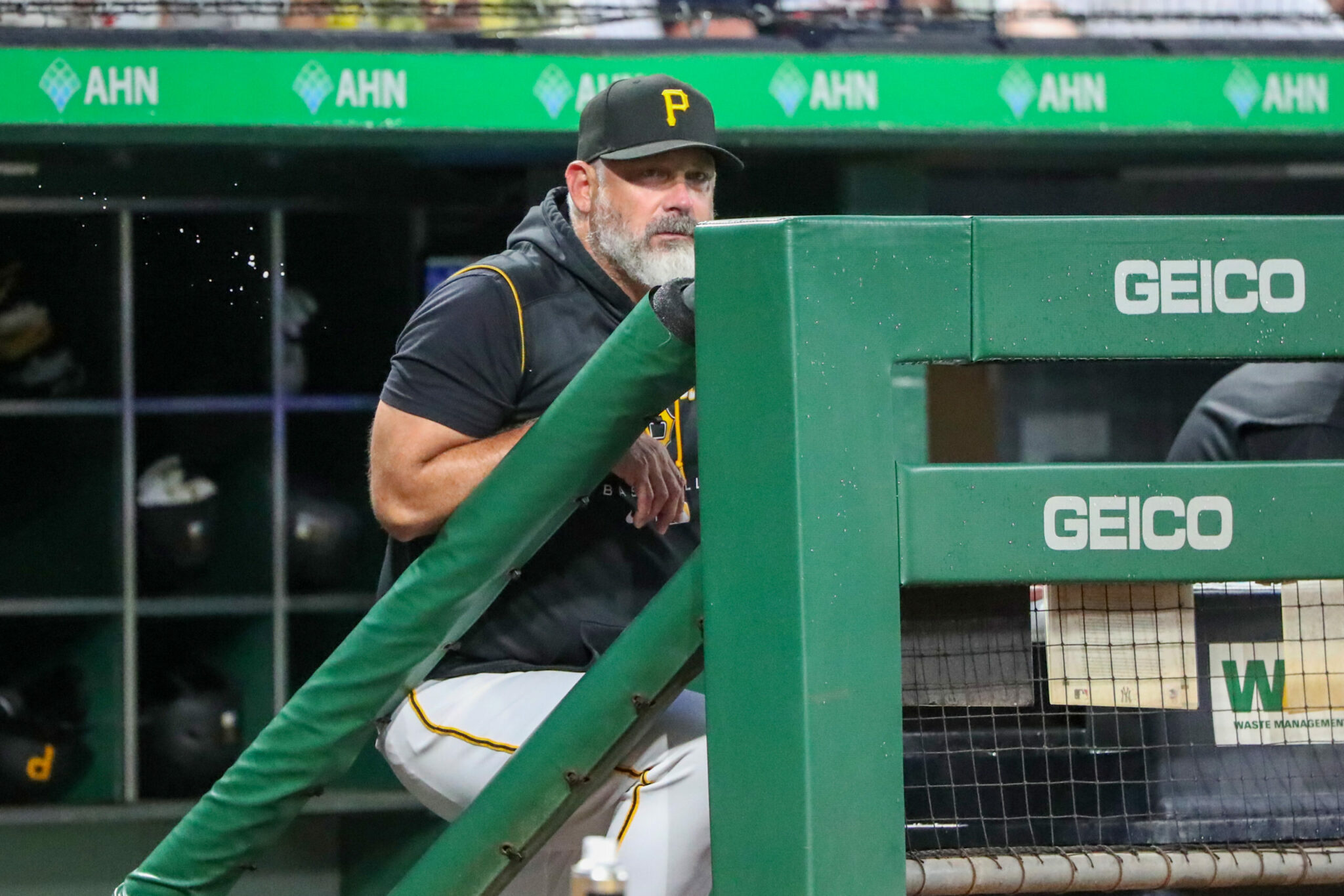 A couple of recent Pirates’ at-bats that occurred in key situations have generated a little attention in some quarters for what didn’t happen.

Specifically, the bat didn’t get swung.

On Thursday, with nobody out in the seventh inning, runners at the corners and the Pirates trailing 1-0, Dan Vogelbach chose not to offer at any of the five pitches he saw, three of which were called strikes.

On Saturday, with two out in the ninth and representing the tying run, Josh VanMeter watched six straight pitches go by and three of those were called strikes.

These had to be two of the worst at-bats all year on a team that churns out terrible at-bats like McDonald’s churns out french fries.

In Cruz and Hayes, the Bucs have two players averaging more than 5.5 bWAR / 162 games

Any idea how many other teams can make that claim?

It seems they already have the top end talent

I find that it’s always good policy to forecast 30 odd games at the start of a players career out this way.

Is your concern with Hayes or Cruz or both?

I’m not really worried about Cruz. It feels like he might have a steeper learning curve because he’s so big. It may take awhile for him to get untracked.

At the plate, I’m starting to think Hayes won’t be much of anything beyond what he’s shown in 21 and 22. From the eyeball test, it feels like he gets eaten up on stuff inside. He’s not hitting quite as many ground balls as last year, but I still think he’s probably a league average bat most of the time.

With his glove, even as a mediocre hitter, it won’t matter quite as much because he’ll still be an above average regular. But his value is capped if he doesn’t unlock anything more offensively.

I agree that Hayes is perplexing. The Pirates are a team with an overabundance of left-handed hitters. Consequently, teams use as many left-handers as they can, against them. Hayes should thrive. Yet, he’s not.

Perpetually in need of a swing change.

No it isn’t. At all. It’s an observation on how the team as a whole is finding new ways to be ineffective.

Interesting numbers, but can there be more to this? For instance, what type of pitching are they seeing? In the cases of Cruz, Mitchell, Madris, and Castillo, it is their first exposure to MLB Pitching, which exposure to similar type pitching cannot be replicated in the minors.

Also, in the case of Cruz he has been up since June 20. What type of pitching has he faced? 19 of the 27 games since Jun 20 were played against the following: Brewers 7, Marlins 4, Rays 3, Rockies 3, and the Yankees 2, all teams who are in the Top 16 for pitching in MLB. Facing the pitching of those teams is truly “baptism by fire”.

No reason to try to defend hitters who are veterans, except that Vogelbach has a BB/K of 40/67 – excellent, especially for a guy 3rd on the team with 12 HR and leading the team in RBI’s with 34. My thoughts are to bring more of the future players up and let them get exposed to this level of pitching this year.

This caught my attention a couple weeks ago when looking into Oneil Cruz, who noticeably has absolutely zero plan at the plate.

Most if not all returning Pirates seem to be at or around their historic averages for chases and zone rate, as are the veteran newcomers. The newcomers and Kebryan at least are also also above average in chase rate. That combo often can imply a guy who’s locked into certain pitches in certain zones he wants to attack, the poster child for this being Plate Discipline God Juan Soto.

The problem in Pittsburgh lies with the kids.

Oneil Cruz in particular has the smallest delta between offering at strikes and balls in all of baseball, and is only getting worse. For the month of July, he’s nearly swung at as many balls as he has strikes.

I see it less as having a bad plan than having no plan at all.

No kind of coaching intentionally advises players take strikes and swing at balls. When you see that combo, you can be nearly certain you’re looking at a player who is just generally bad at picking up the baseball, often exacerbated by a lack of intentional plan at the plate.

It’s almost like there’s an entire level of minor league baseball where teams use the time to refine approaches before sending kids to get eaten alive by big league arms, but that conventional wisdom seems to be forgotten around these circles these days.

Cruz needs to go to the plate and sit fastball, ready to swing early. We all know he mashes fastballs and struggles with breaking pitches, but then he takes FBs til 2 strikes and swings at his ankles. Mash fastballs til they stop throwing them is my take

I remember Sanguillen swinging at everything. But, unlike Chavis, he made a heckuva lot more contact! Loved your McD fries comment, WTM. Well played.

I expect Chavis to be traded soon along with Newman, Q, Underwood, Stratton, and Vogelbach. VanMeter and M Perez to be DFA’d

Add Suwinski against Hader with the winning run in scoring position….bat never left the shoulders!

Since the rationale for firing Eckstein and hiring Haines was to get everyone on the same page with Shelton, I’m assuming this is Shelton-ball (or a combination of what Shelton wants and the FO’s analytics staff are pushing for). It’s not working, can be maddening to watch, and may be contributing to our young players struggling to adjust to the majors (obviously we don’t know what instruction Cruz is getting, but he does watch a lot of good first and second pitches go by and then gets in trouble expanding the zone with two strikes). Unfortunately, I’m not confident we’re going to see changes anytime soon.

I promise you nobody is instructing Oneil Cruz to swing at as many balls as he is strikes.

You let kids get out of minor league ball without developing any semblance of plate discipline and this is what you get.

Of course not, but I wonder if they’re encouraging him to try to get ahead in the count which is leading to him letting good pitches go early in counts which then results in him chasing pitches later in the count. I.e., he’s trying to implement Vogelbach’s approach without Vogelbach’s ability to recognize pitches with 2 strikes (a few frustrating exceptions notwithstanding for Vogelbach).

Yeah, nobody is stupid enough to think they’re telling these guys to take strikes and swing at balls, just like nobody is stupid enough actually to tell them to take strikes and swing at balls. There’s obviously something more subtle than that happening, like making the young players reluctant to swing by emphasizing too heavily that they should wait until they get a good pitch to hit.

Encouraging anybody to emulate Vogelbach is definitely not a good idea. It’s not like his approach is a roaring success. There seems to be a general reluctance to acknowledge that Vogelbach really isn’t very good. His career OPS is just 104, which isn’t much for a DH-only player who can’t hit LHPs and can’t even jog, much less run. There’s a reason he’s been above replacement only twice, with a career total of 1.1 fWAR.

You guys dive straight into conspiracy when the most obvious answer is staring you straight in the face.

Making changes is fine but you have to be able to measure the impact of that change and react if it’s not working. Hopefully they can see this same outlier and we’ll see the guys starting to swing a little more in the zone.