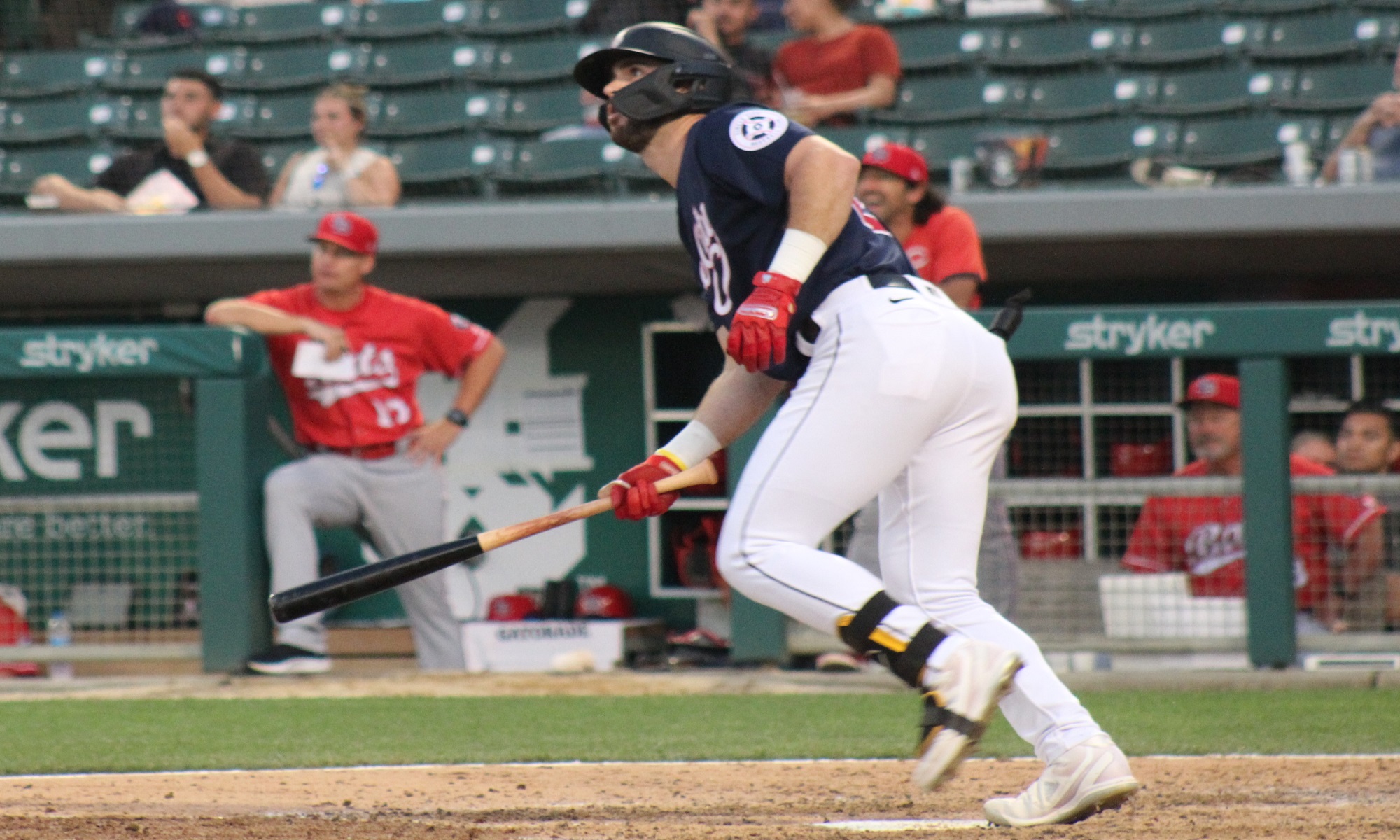 INDIANAPOLIS, Ind. – Baseball has taken Brendt Citta on quite a journey. However, that trip has not included very many paved roads.

This path began at San Jose State in 2016. Citta played in 50 games and hit .230 with a .609 OPS. Following that campaign, Citta decided to transfer to Kansas. Based on this decision, he missed the 2017 season as a transfer redshirt.

This is where the road that began as gravel, became a back country road. During the 2018 season, Citta hit .322 with an .870 OPS of Kansas. This finally drew some eyes to his craft. The Pirates selected him in the 38th round of the 2018 MLB Draft.

Since being drafted, the 25-year-old Citta has worked his way up to Triple-A this season and has taken strides each step of the way.

“I started at San Jose State and then went to Kansas, so it kind of increase the level as I’ve gone,“ Citta said. “Fortunately, with the competition, I’ve just taken it head on and performed. I kind of just goes back to trusting the process, and getting back to the basics.”

He started the season in Indianapolis, and got some time back in Altoona, before returning at the beginning of August. In his first four games back, Citta went 6-for-14 with a homer and a double. Citta mentioned that he joked with a friend, saying he was struggling in Double-A and just needed a promotion to start raking.

Along with making it to the highest level he has in the Pirates organization, Citta has also already eclipsed his career high in games played. Last season, he dealt with leg injuries in Double-A. This season, he came in with one goal, and has achieved it thus far.

“My goal this year, was to do everything I could to avoid injury,” Citta said. “I’ve been focusing a lot on hydration and what I’m eating, recovery, things like that. So far it has been really helping. I’m thankful for that. Our trainers and weight coaches help me program things to make sure that I’m getting the best out of my day. Things are going good, and I’m thankful to hopefully make it a full season this year.“

Along with having fun, Citta realizes that not a lot of 38th round picks end up making it to baseball’s highest level. He knows that he has certainly caught some breaks, but his talent and hard work has also taken him the rest of the way.

“I’ve earned a lot of trust with some guys in this organization,“ Citta said. “A lot of people have pulled for me and trusted me to provide. Last year, I skipped two levels and went to Double-A. Obviously, this year coming here. It’s pretty unique. You don’t see a lot of high round guys come here. I am pretty fortunate, and thankful for a lot of people pulling for me, and putting things on the line to vouch for me.”

Many on a similar journey to his, either stall out or have a blow out on that bumpy road. Citta has used resilience and consistent improvement to make it as far as he has, and as shown he belongs.

he should take note of 2021 Bligh Madris and go to Puerto Rico or Mexico this winter.