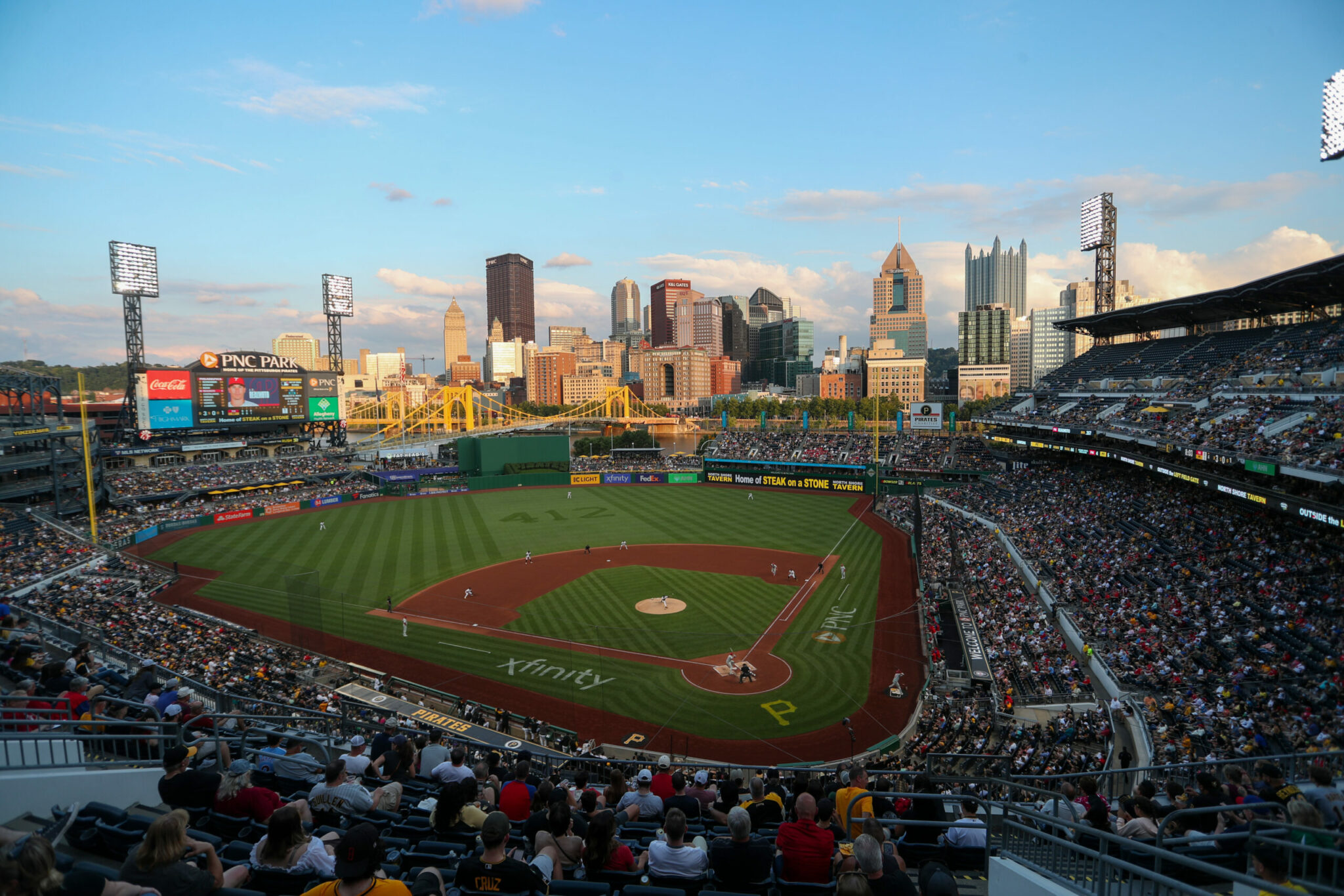 A few weeks ago, when I broke down the upcoming Rule 5 Draft and all the names to watch out for, I correctly predicted the response it would receive. That is, that it would create discussion and get people talking, which it seemed to.

I joked that I should just break down more Rule 5 classes every week, and well, here we are. I’m not going to go into 2026 when Termarr Johnson needs protected, but I think a brief look at 2023 isn’t a crazy thing to do.

As I mentioned before, if you know the rules, you know exactly what year a prospect is eligible the minute they sign, so there’s not really any speculation with the names I’m about to list.

According to my work, there are currently 57 players in the organization who will be first-time eligible in 2023, so there’s no reprieve for the club upcoming (at least not until 2024, when I only have 27 names listed).

Given that we’re still a year out, I’m not going to be as granular as I was for 2022, but I think it’s still a worthwhile exercise to look at who fans will be worrying about the minute the upcoming draft ends.

Must protect (for now)

At the current moment, this is an exclusive group.

Priester has been turning it on lately in Altoona, but Ben Cherington has said he won’t be seeing Indianapolis this season because of his significant time missed due to injury. However, one must figure he’ll spend most of—if not all—of next season in Triple-A, and if he continues to impress, he will absolutely need protected after the season.

I think this group is bigger simply due to the amount of time we’re talking about between now and then.

I considered including Cheng with Priester—the only name I considered, by the way—but balked when realizing he spent all this season in Single-A in his age 20 season. Unless he jumps Greensboro next season and is as effective in Altoona as he has been in his career to date, then yes, I believe he definitely gets protected. Otherwise, he may be a bit too far away, which is currently my only concern.

Some may consider it silly to include Nick Gonzales here but count me in as one who is at least somewhat concerned about his swing-and-miss issues. If he can get that sorted out in the next year, then yes, he’ll be protected. Otherwise, it’s not a guarantee.

Nicolas and Mlodzinski would probably fall in the same boat to me—even though I’m definitely higher on Nicolas—as fringe names that any future consideration would definitely depend on their progress in 2023.

Right now, I’m probably lowest on Hudson Head in this group, but he simply didn’t get moved to the next group due to his big-name status. It wouldn’t surprise me if even that faded next season, but we shall see.

This group is more names I thought fans would be interested in as opposed to players that actually had a chance at being protected or picked, at least right now.

Bowen is a jack-of-all trades, master of none, and who knows, maybe he moves up to Altoona and forces his way into the conversation.

Players like Malone and Siani are ones fans would have hoped needed protected by now, but Malone has simply not been healthy up to this point in his career, and Siani was sent to the FCL to work out of some his troubles, so his progression hasn’t exactly been as hoped as well.

Finally, while I don’t think he ends up in the discussion, Castillo did just win a batting title in the FCL, so I felt that his name at least beared mentioning.

—After spending all season on the IL, Nick Mears was finally activated and subsequently optioned to Indianapolis. With an estimated $154,323 minor league split, payroll went down $142,208 as a result of the move.

While the outlook for his contractual control doesn’t change, Mears would need to be down at least twenty days to use an option this season, of which he had one remaining coming into the year. However, since he made it to the majors so quickly, he should get a fourth either in 2023 if he uses it this year or even in 2024 if he doesn’t but uses it in 2023.

—Payroll went down $195,879 after Austin Brice was outrighted for a second time this season.

—After Cam Vieaux was selected for a second time this season, payroll went up $148,085; however, it went down $127,327 after Yohan Ramirez was subsequently sent down. José Godoy was also designated for assignment and later outrighted, which resulted in no change to payroll.

I touched on this before with Ramirez, but this officially ends the chance of his surpassing 2.000 years of service in 2022. While the club would gain an extra year of contractual control, he would now project for Super 2 down the road.

By my count, that’s five options for Padlo, so he likely would need passed through waivers in order to be optioned again.

Nicholas would be a for sure if eligible this year. At worst he looks like a high leverage bullpen arm.

So who gets dumped to protect these players, and when should that happen?

Almost 20 years ago Dave Littlefield lost 5 prospects in the Rule 5 draft. 5 of the first 6 picks were Pirate prospects…and he kept his job. Talk about carte blanche and zero accountability.

If Nicky Sticks is exposed to the Rule 5 draft, then numerous people need to be fired. Starting with the GM.

Lots can happen in a year, but ask yourself this question…

Do you think Nick Gonzales can hit MLB pitching?

Right now, he would get eaten alive. But, again, lots can happen in a year

I don’t think anyone is asking that question. Nevertheless, his walk rate has improved, which will buy him more time to fix his swing-and-miss issues. I’m not overly concerned with him right now; he’s missed some development time over the past two years so things could be much worse.

If we are really asking questions tho, do you think Oneil Cruz can hit MLB pitching?? LOL

Right now Cruz can’t hit MLB pitching and should be honing his craft with the Indianapolis Indians.

Another Question – why hasn’t the woke folks made Indianapolis change their name?

Cheng is way too fringy for me. I don’t see a scenario of a team selecting him.

My list would probably be Must keep – Priester. Show me more – Mlod & Nicholas.

Obviously a long ways away and lots can happen

Mlodzinski looks like a future closer to me. I watch him a lot and I don’t think he’s going to be a starting pitcher. But what I do see is the stuff and makeup to be a closer. So I hope we keep him and develop him into that role.

I guess Priester and that’s it for me…