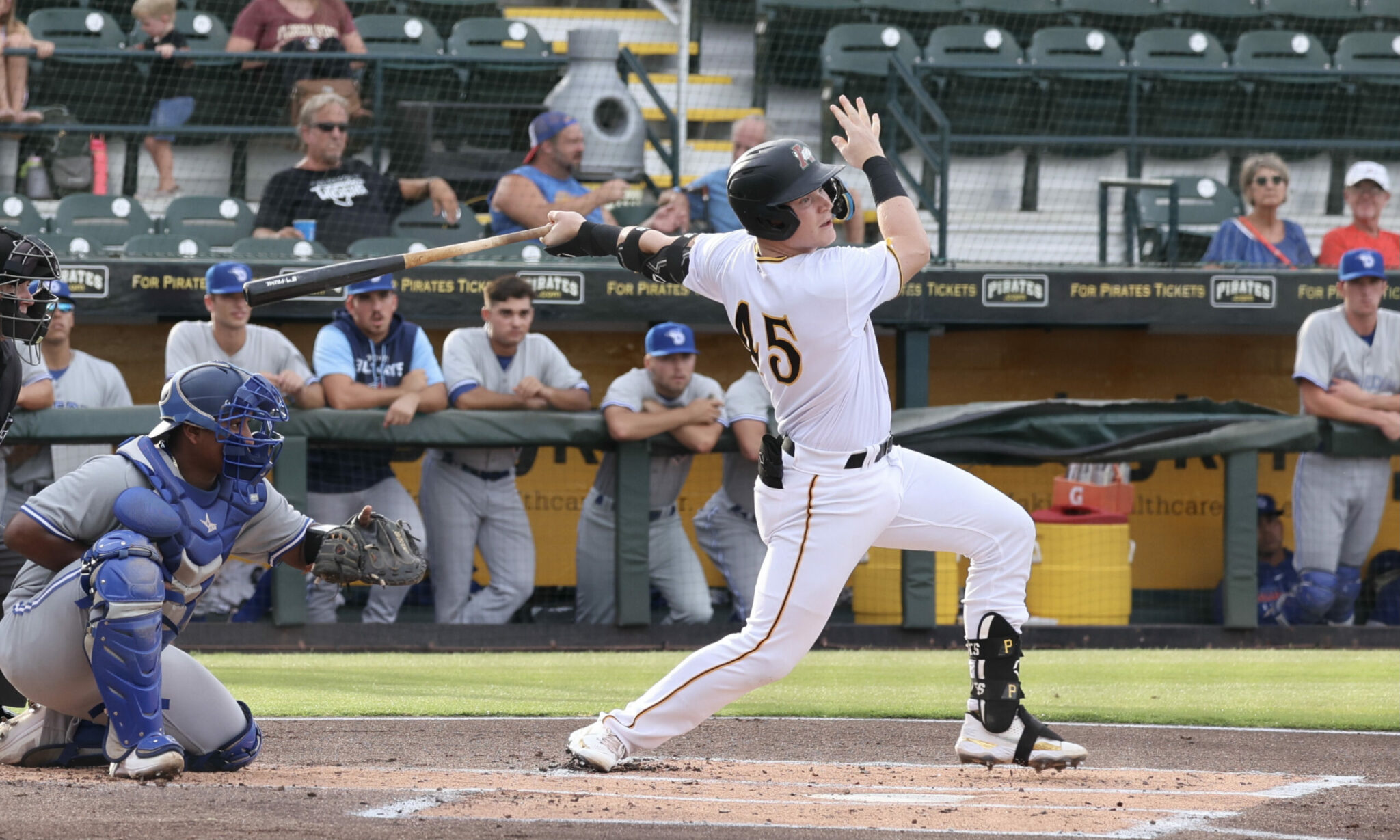 The Pittsburgh Pirates made some minor league moves of note on Tuesday.

Henry Davis returns to Altoona after spending last week with Bradenton, where he went 3-for-9 with a homer and a 1.030 OPS in four rehab games. Prior to his return, he was out of action since July 2nd with a wrist injury. After dominating Greensboro, Davis hit .177/.320/.355 in 17 games with Altoona, though he was battling with a wrist issue that entire time.

With Davis returning to Altoona, Blake Sabol has been promoted to Indianapolis. He hit .281/.347/.486 in 98 games this season with Altoona, collecting 23 doubles, five triples and 14 homers. He has caught 58 games this year, in addition to 29 starts at DH and nine starts in left field.

Matt Gorski is headed to Bradenton for a rehab assignment. When he originally got hurt, the timeline for his return made it unlikely that he would see action again this year, so this is a very pleasant surprise with three weeks left in the season for Altoona, and another ten days on top of that for Indianapolis if they want to promote him to make up for lost time. Between Greensboro and Altoona this year, he is hitting .294/.376/.664, with 23 homers and 17 steals in 67 games.

Catcher Luis Hernandez has been assigned to Greensboro. He has seen limited time in the FCL and with Bradenton this season, putting up a .508 OPS in 49 at-bats.

Triolo should have been moved up as well, along with Shackelford – to keep them at levels appropriate for their ages and to reward them for their solid seasons this year….

Too bad Gorski got hurt. He could’ve gave Endy a run for P2 Player of the Year.

Reading this blurb from BA broke my heart:

“There’s significant swing and miss in Gorski’s game as his contact rate is a below-average 63% this season. He does possess above-average on-base ability backed by solid chase rates. His power is a standout tool, as Gorski has hit 23 home runs as of Aug. 30 split between High-A and Double-A. His exit velocity data backs that up as his average exit velocity of 91.5 mph and 107 mph 90th percentile exit velocity both rank as plus based on major league standards.”

What breaks your heart about that? I’d assume the solid chase rate is likelier to stick than, say, a surface level BB% at A+/AA. A TTO guy with speed and able to play CF?

Or is it just that he missed so much time?

65% is historically just about the floor for a viable big league contact rate and Gorski didn’t sniff that as a 24 yo against AA competition.

Great stuff! Except Triolo of course.

The good stuff from BA today: