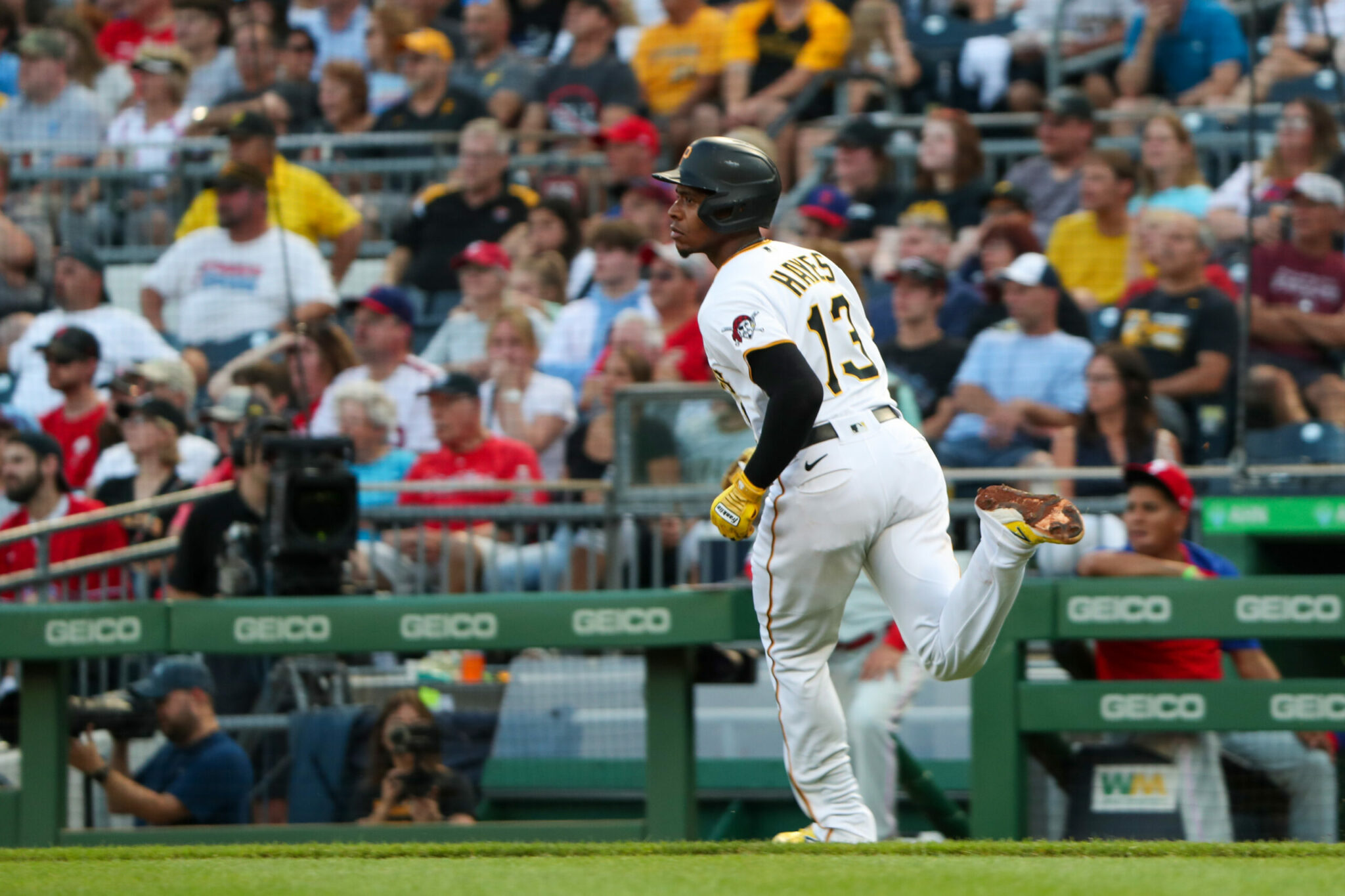 The Pittsburgh Pirates activated third baseman Ke’Bryan Hayes from the 10-day Injured List before Tuesday night’s game against the Atlanta Braves. He missed the minimum amount of time after suffering a back injury during the previous weekend. To make room on the 26-man roster, infielder Kevin Padlo was optioned to Indianapolis.

Padlo didn’t get much of a chance after replacing Hayes seven days ago, going 0-for-11 in three games. Including his earlier stint in the majors before joining the Pirates, he is 4-for-33 with a .299 OPS this season.

Not as awkward if he fired him a month after appointing him Asst GM of the 40,
All while handing over complete control of line ups and in game decisions
HAHAHAHAHAHAHA, who was handling the cards and calls before?
Smoke screen for both to hide behind the premeditated unnecessary tanking of 2022 and possibly 2023. However, changes to CBA give teams little reason to use this tactic.
WHO made these calls?
SP struggled early on but was expected. Fundamentals, timely hitting and most importantly, DEFENSE, 8 best leathers a MUST, no matter the offense sacrificed
Starting infielders Tucker, Park and Castillo over Marsinick the best defender in the entire system. So what do we call this? When you throw out money ball analytics it leaves either an unfit skipper or fans thinking TANK, with no reason why isn’t winning a few more games ok
Imagine a SP finding Yoshie van meter castro and chavis
Van meter hitting clean up for a week
Using the ever reliables Banda, Fletcher, Hembree and Howard in tight games with better and rested options available….hideous

Is that Padlo last option of the year?

See my reply below…

That’s not how options work. Players start with 3 options, and they start once they are added to the 40 man (I believe). Every season that they end up in the minors after that uses an option. Once they use one of their options for the season, they are able to go up and down as many times as they want that season. If they run out of options while in the minors (ie, they finished their 1 option season in AAA, they can go back to the minors to start their 0 option season) , they can stay in the minors, but once they are called up, they need to be waived to go back down again.

That’s not what’s being talked about here.

“they are able to go up and down as many times as they want that season”–this is no longer the case. New rules stipulate you can only option a player 5 times a season before needing to place said player on waivers in order to option them a 6th.

By my count, this is Padlo’s 5th option, meaning this would be his “last” option; however, the rules aren’t clear on what happens if a new team acquires a player. It was reported that a team that claims a player off waivers gets an extra option before having to place them on waivers, but it’s not clear if that’s only after they’ve claimed the player after a 5th option, or just in general.

Ah, I missed that completely, thanks for clarifying!

Off topic, sorry, but how awkward is it going to be when the Bucs have the worst MLB record a month after BC stated that Shelton would be retained for next year?