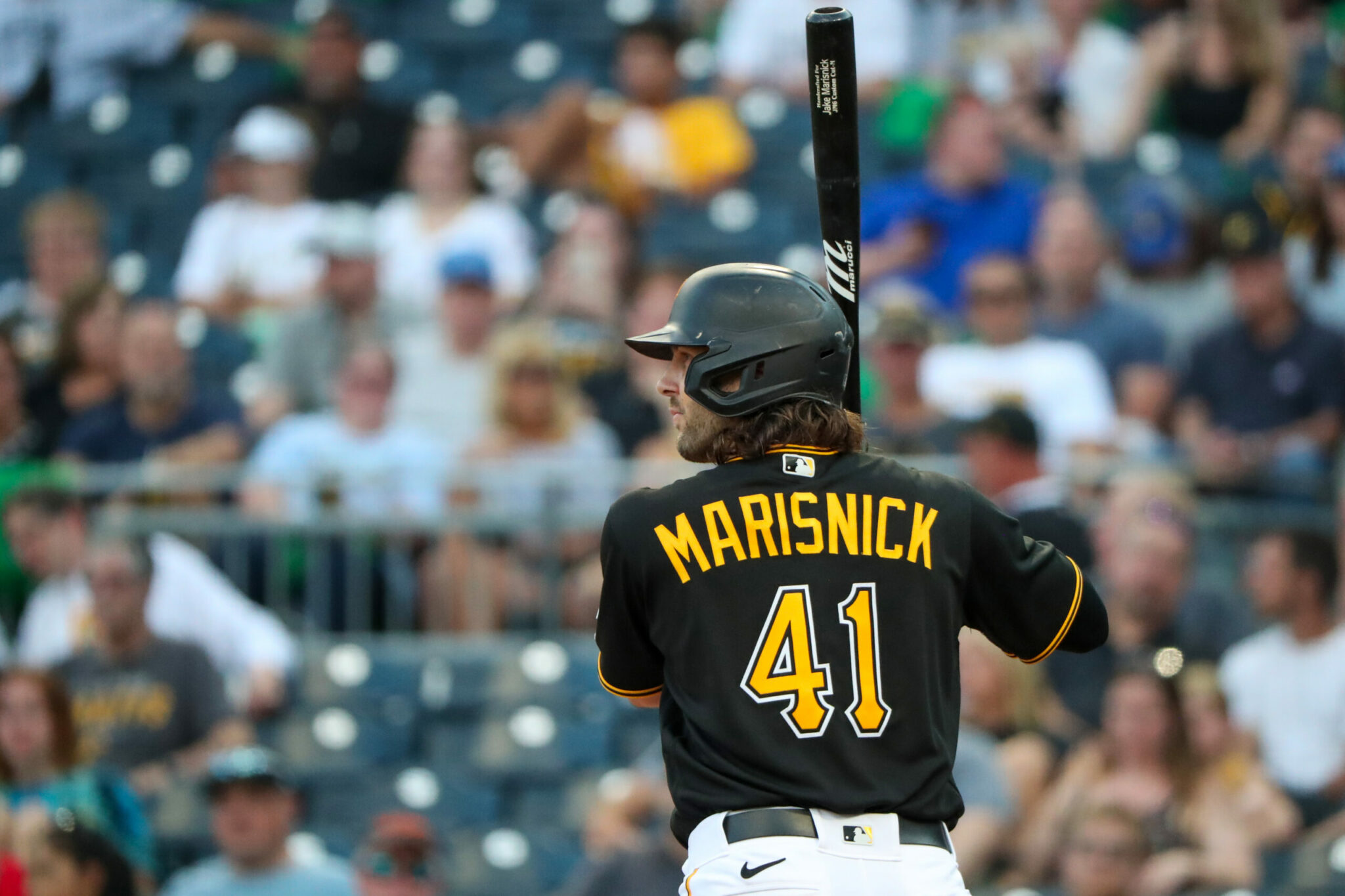 The Pittsburgh Pirates announced that they have claimed 1B/3B Kevin Padlo from the Seattle Mariners on Sunday and optioned him to Indianapolis. To open up room on the 40-man roster, outfielder Jake Marisnick has been released.

Padlo is 26 years old and has two partial seasons of big league experience. He was a fifth round draft pick of the Colorado Rockies out of high school in 2014. He debuted in the majors in 2021, when he played nine games with the Tampa Bay Rays and one game with the Mariners. The San Francisco Giants purchased his contract this season, before he returned to the Mariners on waivers in June. His slash line in 20 big league games with three teams is .143/.211/.200 in 38 plate appearances. In 60 minor league games this season, he has a .246/.327/.455 slash line in the hitter-friendly Pacific Coast League.

Baseball America ranked him as the 24th best prospect for the Mariners coming into this year. His highest ranking is 14th for the Rockies in 2015.

The Pirates also announced that Taylor Davis has cleared waivers and been sent outright to Indianapolis.

Isn’t it VanMeter’s turn yet?

But what if we need an emergency catcher?/s

This is strictly a move to help Indianapolis. Drew Maggie and Brett Citta are in the lineup and there’s no depth behind them. Enough said. The problem is not that we aren’t promoting from AAA, the problem is half our AAA roster is already in Pittsburgh.

Marisnick leaves, Suwinski is promoted? Is that in the too hard category for Ben? Is this a unique form of job security? How about playing to win with the players you drafted, selected as IFA’s, or traded to get?

Suwinski, Castro, Bae, Martin, etc, etc. Should we be looking for players or a new GM and a new Manager – I vote aye!

“He still projects in a power-hitting corner role, but not an everyday one. “ “Padlo’s power is substantial”

The better, non-complete waste of time, move would be to call up Martin and let him hack away for the rest of the year. If he can figure out some plate discipline, pencil him into the 2023 lineup. If he K’s at a 40% rate and isn’t hitting dingers, option him for Nunez. Why bring in an outside guy that can’t hit when we have plenty of them already?

Last edited 1 month ago by patrick_kelly
3

Martin has a .705 OPS in AAA, strikes out 37% of the time, and is 23. why bring him out now? He is very likely to hit worse and strike out more. Let him figure out AAA pitching first.

SSDD – Same Shit Different Day! These people are just insane to keep adding aging trash instead of playing the kids we have drafted, picked as IFA’s, or traded to get and spent the time and money to develop.

And we as Pirate fans are even dumber for continuing to put up with it.

Did you miss the part where he was optioned to Indianapolis? Considering half of Indy’s roster in in Pittsburgh already, they need some players to finish out the season.

Did not miss it. Marisnick has missed a large part of the season, so I did not see a true subtraction, nor did I see anyone added from AAA.

I hope you are right, but I think we still have some deadwood at the MLB level we could DFA and then send to AAA – VanMeter and Allen come to mind. Chavis will stay, but we need to improve that position before next year. Three years in MLB and still almost a 7/1 K/BB rate.

I wish the Pirates would claim Franmil Reyes who the Guardians released. He’s strictly a dh but is a 30+ hr guy. Having a bad year but at least he’d add some pop.

he was not released. He was optioned to the minors. Still belongs to them

They actually DFAd him, which means he must pass through waivers. I do not see the Pirates claiming him on waivers, because he is making 4.5 million this year. With kind of year he is having that would be a lot to pay him. If he was released, then he would be an interesting guy if you could sign him as a cheap free agent.

You are right, and the Cubs just claimed him

I like Reyes, but his power and plate discipline took a nosedive this year.

I wish Marisnick well. He plays hard and he fields his position as well as anyone in the game. There are probably teams hoping for the playoffs who would be willing to burn one-of-twenty-six active roster positions to be able to use him as a defensive sub.

Last edited 1 month ago by bhritz
1

This move shouldn’t mean much, but I still feel that Marisnik is the better player.

As far as waiver claims go, this doesn’t sound like a horrible one. We do need someone with potential at 1B, and Madris has looked bad. Still, it’ll be upsetting if this guy gets called up before the other position player prospects who’ve been waiting in AAA.

In what way has Madris looked bad at first base?

But other than that.

His defense has been solid, his slash line is abysmal. His OPS is like .540. Not passable for a first baseman

This move is just replacing crap with more crap.

The move is replacing what we know sucks with someone who we merely believe sucks. That 1% difference is where we all can dream.

Actually, there is no really good option for 1st base (yet, still at least 1+ season away) Perfectly reasonable to see if someone is out there…I have no problem with the pick up.

I don’t hate this move. Marisnick wasn’t going to be part of the future but weren’t there other better candidates to dfa instead of him?

Allen made Marisnick redundant (to say nothing of the MiL OFs available). And frankly, if Marisnick can get out of his boot, it gives him an outside chance to see a post-season berth.

I remain convinced that vanmeter avoids being cut because the team is terrified of not having an emergency catcher.

I was hopeful Mason could contact the ball a little more; gotta hit. 🙁

Is this guy any better than Martin?

It’s say no based on career stats. Padlo is a right handed batter and is three years older than Martin so has more career ABs and some limited time in the majors where results were poor. Martin has shown more power hitting a homer every 17 ABs while Padlo does it every 24. Batting averages are similar overall although Pablo’s better this year but Martin does strike out more. Question as to whether it matters how outs are made. Are strike outs worse then other outs? Do overall results matter more than how often a guy strikes out? In my opinion Martin is a marginally better player and again is three years younger.

runner on second, no outs, a ground ball or fly out likely moves him to third, a strike out does not. Both look the same in the box score, but the strike out is worse. One of the Pirates scoring problems is they strike out a lot with men on base.