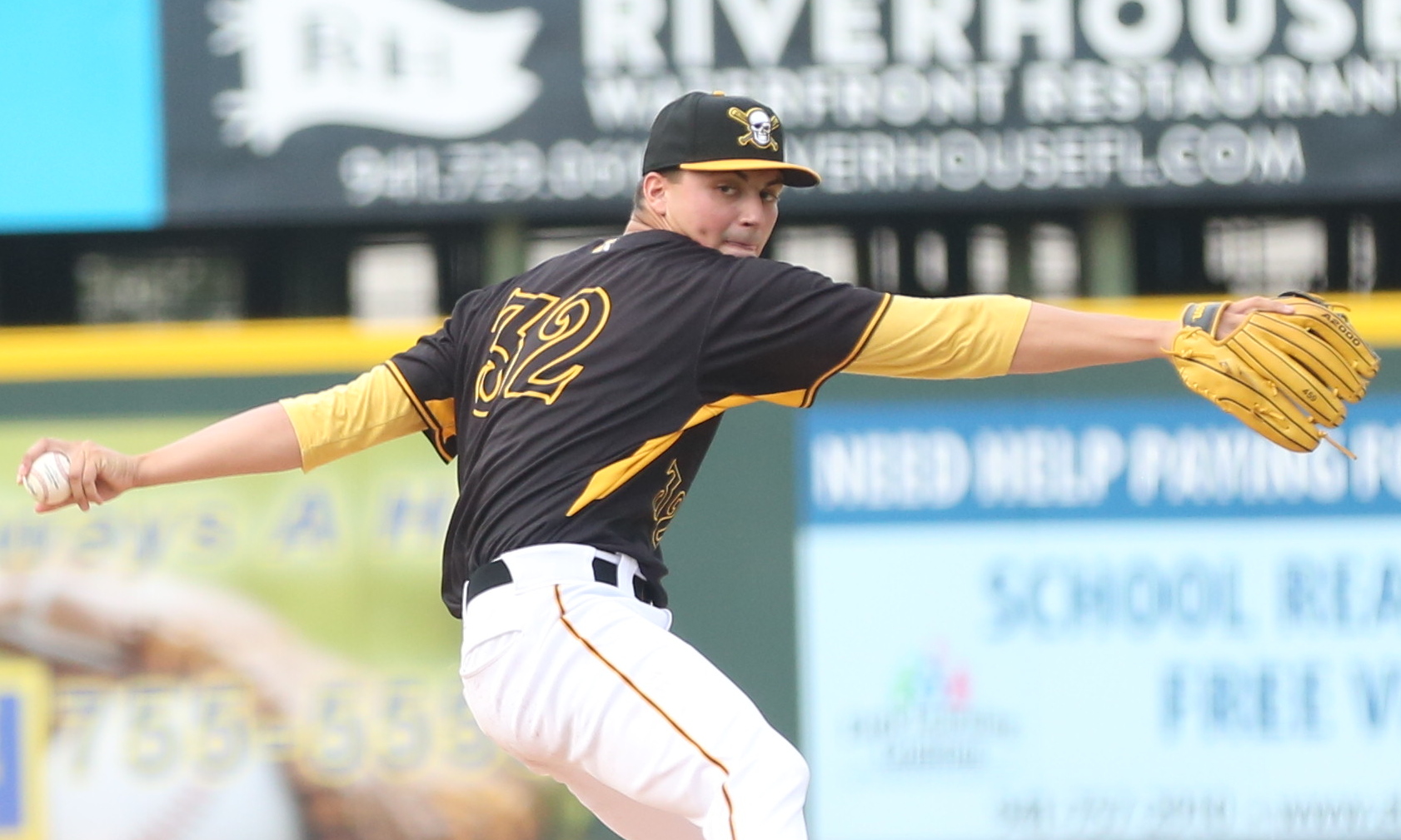 With the minor league teams off on Monday, we take a look back at Anthony Solometo’s start from this past Tuesday against the Palm Beach Cardinals.

Solometo and Bubba Chandler have alternated between who has started and who piggybacks afterwards. This past week it was Solometo’s turn to start, and he turned in another strong performance.

In four innings, the 19-yeaer-old lefty allowed three hits, two runs, and walked one, while striking out four batters. Solometo has pitched 29 1/3 innings this season, striking out 31 batters in the process. Here’s a look at the four he picked up this past Tuesday.

This is a look at his entire start. Solometo threw 52 pitches, 36 of them went for strikes. He’s not completed four innings in four of his nine appearances this season, as they ease him into his professional career.

The Pirates can’t develop their players. What are they doing for Cruz? Where’s our catcher. Where’s the hitting coaches.

He is going to be tough on left handed batters with that almost side arm approcah.

Early thoughts on solo? Based on the numbers seems that he hasnt been dominant nor overmatched in his FCL debut

Not sure we really learn much til AA. It’s exceptionally marginal stuff right now relative to what even middling big leaguers are bringing to the table.

sit down, child. watch minor league ball long enough and you’d know how frequently dudes with funky deliveries and deception beat up on A ball hitters only to run into a wall in the upper levels. Surface level stats mean less than anything else at this level.