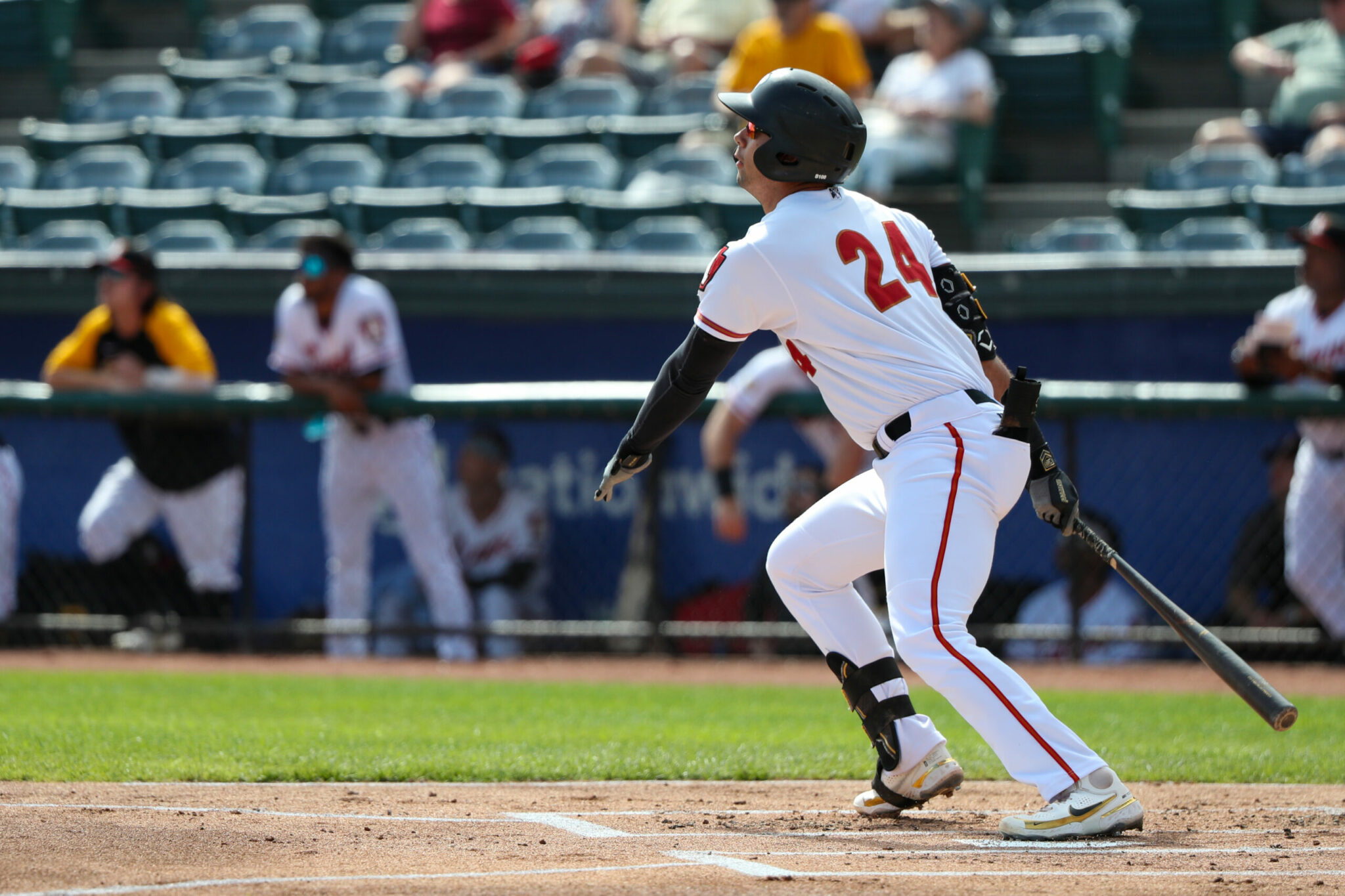 Sabol continued his mini hot streak he has been on, stretching his hitting streak to five games. In that span, he has picked up three multi-hit games. Friday he hit a double and triple, helping Altoona to the victory.

After Friday, Mitchell has 66 hits in 55 games at Triple-A Indianapolis, picking up his seventh home run along the way. After having his seven game hitting streak snapped in his previous game, Mitchell bounced back in a big way, picked up a double and the home run as the outfielder provided all the offense for Indianapolis with one swing of the bat.

It’s been a very action packed start to Endy Rodriguez’s career at Double-A. In just eight games he has picked up 12 hits, seven RBI, five XBH and a stolen base while playing very solid defense in the process. He played second base for the first time with Altoona on Friday, he also drove in the first two runs of the night for the Curve.

8 games for Endy Rodriguez in #CurvePA, he's got hits in each of them! pic.twitter.com/xl6pRbKuIY

Burrows is starting to get comfortable at the Triple-A level, has he has only allowed four earned runs in his last 14 1/3 innings pitched. That included five shutout innings on Friday, where he struck out six batters.

Shackelford got off to a rough start in August, failing to pick up a hit in his first five games of the month. He quickly put that behind him, picking up hits in nine of his last 10 games played. He picked up two more on Friday, including his 23rd home run of the season.

Alvarez is now one home run shy of a 20-20 season after hitting his 19th on Friday.

We love to see it from @and6alv

#19 of the season for Alvy has tied this game in the 7th! pic.twitter.com/fTZvTwmtqa

Is it me or at the very least between Alverez and Shackelford we have a DH or 1st base
man?!