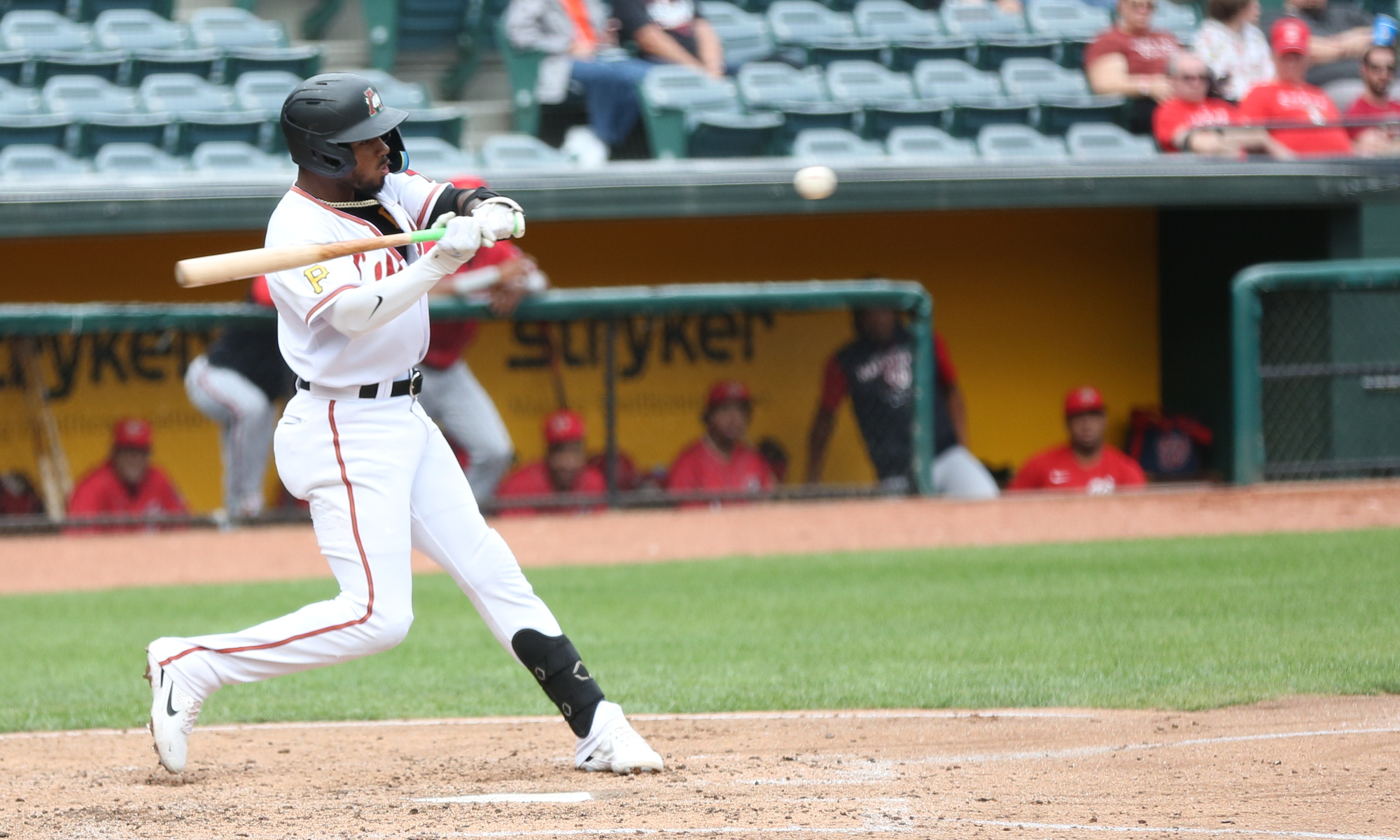 It’s been just a pair of games, but given how rough a stretch Suwinski has been going through, any bit of positive is a good sign. Struggling with strikeouts since coming down to Indianapolis, Suwinski has struck out just once in his last three games and has a pair of multi-hit contest on back-to-back nights.

Jack smacks one into the alley and we are off to the races. 🙌 pic.twitter.com/Shk3eTNdVf

Suwinski picked up a pair of doubles on Saturday, driving in three runs on the night. He has five RBI in the last two games combined.

We could watch this guy swing it all night long. pic.twitter.com/EOq7BkRjlP

Scott has struggled at times offensively this season, but has been outstanding defensively throughout. He made maybe the biggest catch of the season, saving the game for the Altoona Curve. In the bottom of the ninth of a tied game, Scott jumped and robbed a potential walk-off home run. Altoona would later win in extra-innings.

CONNOR SCOTT ROBS A HOME RUN AND WE ARE GOING TO EXTRAS!!

It’s been a rough stretch for Peguero, but in the month of August he’s picked up some hits although in bunches. The shortstop has seven multi-hit games after picking up two on Saturday.

Peggy adds to our lead in the 7th! pic.twitter.com/GtoE1fsdOg

He also drove in the go-ahead run in the 10th inning, with the Curve eventually winning the game.

With a runner on third, Liover Peguero singles to give us a lead in the 10th! pic.twitter.com/IHzzy2kfDQ

For never playing the position before at the professional level, you could never tell watching Jerez at first base. He makes this great play to get the final out of the inning for Bradenton on Saturday.

Juan Jerez with a very nice play at first to get the last out of the inning #LetsGoBucs pic.twitter.com/D809kppOxf

Running out of things to say about Endy right now, he still has a hit in every game he’s played for with Altoona, and is showing no issues in adjusting to Double-A.

It's a day that ends in Y which means Endy has homered! pic.twitter.com/1p4qhZxEKc

That game-saving catch brought me to my feet and shouting amidst a stadium full of Bowie fans! Was the highlight of many highlights at the ballpark. Third row seat behind home plate……it just doesn’t get any better! Future talent is coming…….

All these deepfakes video keep showing Endy hitting for power, we all know he doesn’t have power!

He showed no power in the Mets system. Came to the Bucs and exploded. Maturation or Ab Fab development? I am not leaning toward the second, but it does suggest that the Bucs out scouted the Mets.