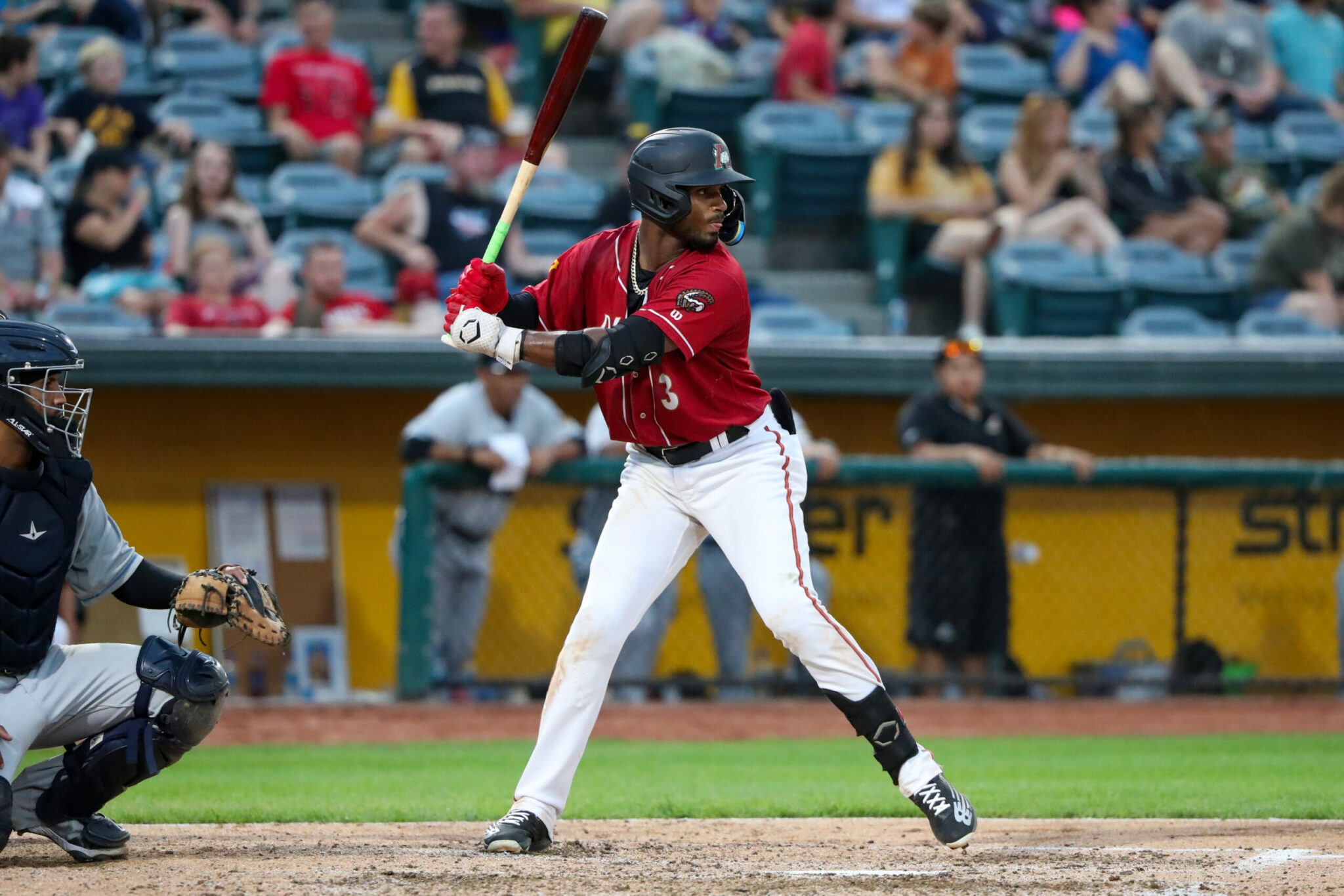 Dixon has an interesting skill set, with some of the best speed in the system but has struggled to make consistent contact. While the numbers still aren’t great early on in August, he’s stringing the hits together.

Jasiah Dixon with a two out double in the third, he would later go on to score to open the scoring #LetsGoBucs pic.twitter.com/0SOm96eO4L

Dixon doubled and later scored in the third inning, opening up the scoring in the game. He would later drive in a run in the bottom of the seventh inning. It was his third multi-hit game of the month, matching his total from the rest of the season combined.

Jasiah Dixon with another hit today, this one scores Nadal and makes it 3-2 #LetsGoBucs pic.twitter.com/YUrvwIJFzf

Peguero now has picked up multiple hits in three straight games, and has reached base four in a row. He also launched his eighth home run of the season on Wednesday, part of Altoona’s offensive barrage.

Liover Peguero smashes a no-doubter and we have a new season-high five home runs in the game today! pic.twitter.com/lQmmZDOPtI

Scott picked up a season high four hits in Wednesday’s game, including a double and his fifth home run of the season. He’s now 8-for-28 (.285) in the month of August.

Have a day @connorscott24! He bangs one off the video board in right field for our fourth home run of the day to extend our lead! pic.twitter.com/VrzEs2MxD8

After picking up a double for his first Double-A hit, Endy Rodriguez followed that up with his first home run at the level on Wednesday.

We take a 4-0 lead with our third home run of the game! pic.twitter.com/wRE5jqkc9X

Triolo is making up for the lack of power he showed in the first two months of the season, hitting a lead off home run on Wednesday. It was his sixth extra-base hit in August alone.

Three pitches into the game, @JaredTriolo has given us the early lead!!

So far Triolo has proven he can do just about anything.

it sure would be cool if dixon turned his career around!