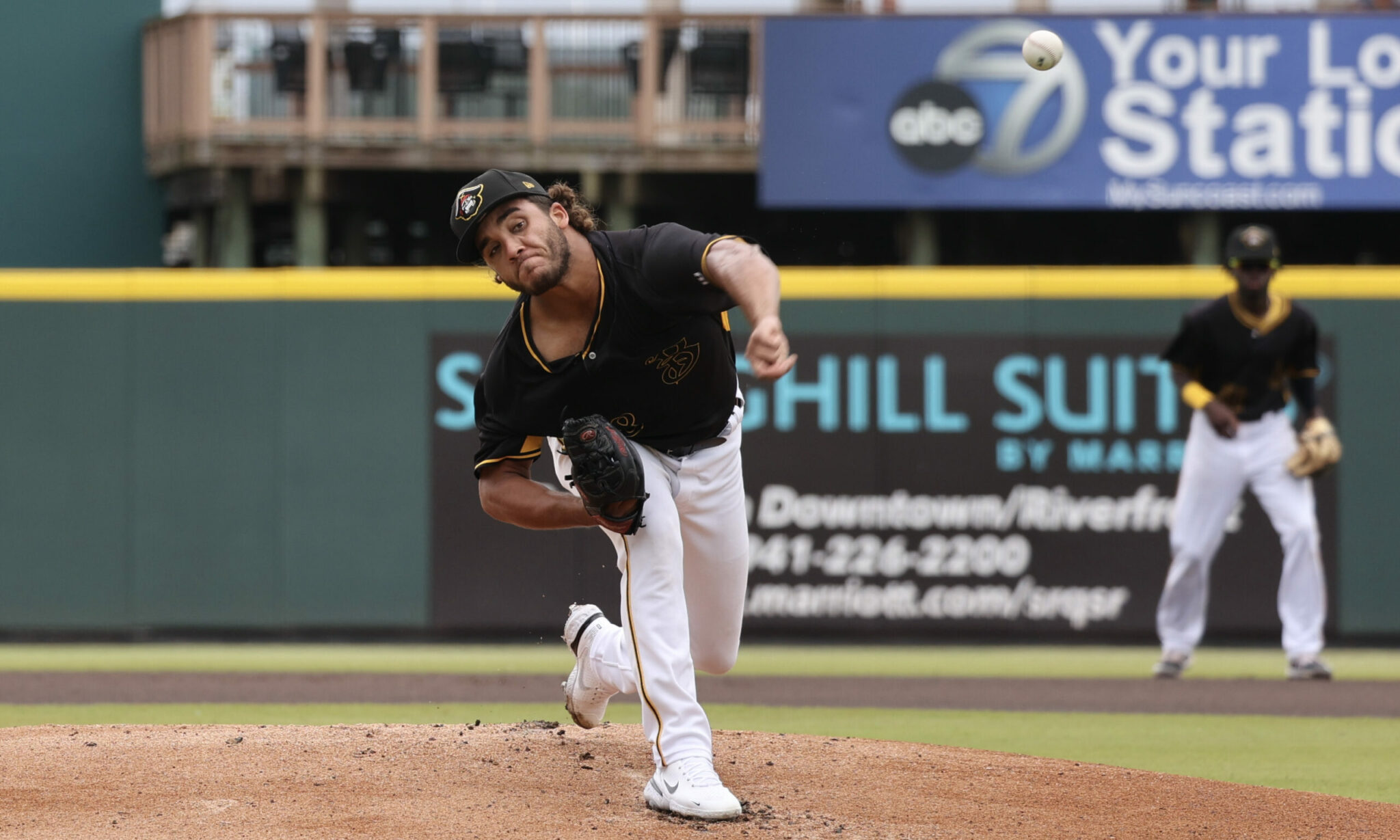 After getting readjusted from rejoining the Bradenton Marauders after a trip to the Development List, it looked as if Luis Peralta was starting to figure out the control issues that plagued him at the beginning of the season. Unfortunately he got back to his old habits on Friday, walking three and lasting just 1 2/3 innings before being pulled from the game.

PITT LHP prospect Luis Peralta bends one across the outside corner for his 1st k #strikeouts #nasty pic.twitter.com/zQnk1Lgs0j

Of the five outs he did record, three were by strikeout, including this one on a curveball.

It’s been a very good run that Luis Ortiz has been on, striking out 18 batters in the 11 innings from his last two starts. Friday night he struck out a season high 10 batters in five innings.

Luis Ortiz has a new season-high with 9 K's in 4 innings tonight! pic.twitter.com/uev5D266I6

9 outs recorded, 7 are strikeouts for Luis Ortiz. Is that good?

(also a good submission for @PitchingNinja's Sword of the Week here) pic.twitter.com/e7PeWvWmQh

Nunez has benefited from some hitter friendly parks, but the power is there to hit it out no matter where. Bowie is one of the more hitter friendly stadiums in Double-A, but he made sure his home run he hit on Friday was a no-doubter.

Yeah, that's not coming back pic.twitter.com/6aCZVH05Ve

Padlo picked up a pair of hits on Friday, including this RBI double that scored Cal Mitchell. He now has five hits in his last three games for Indianapolis.

Suwinski has struggled since being sent down to Indianapolis but every now and again still reminds everyone what he’s capable of when he gets a hold of a ball.

Jack Jack's bat got ALL of that. 💣 pic.twitter.com/NCUgrSTR3U