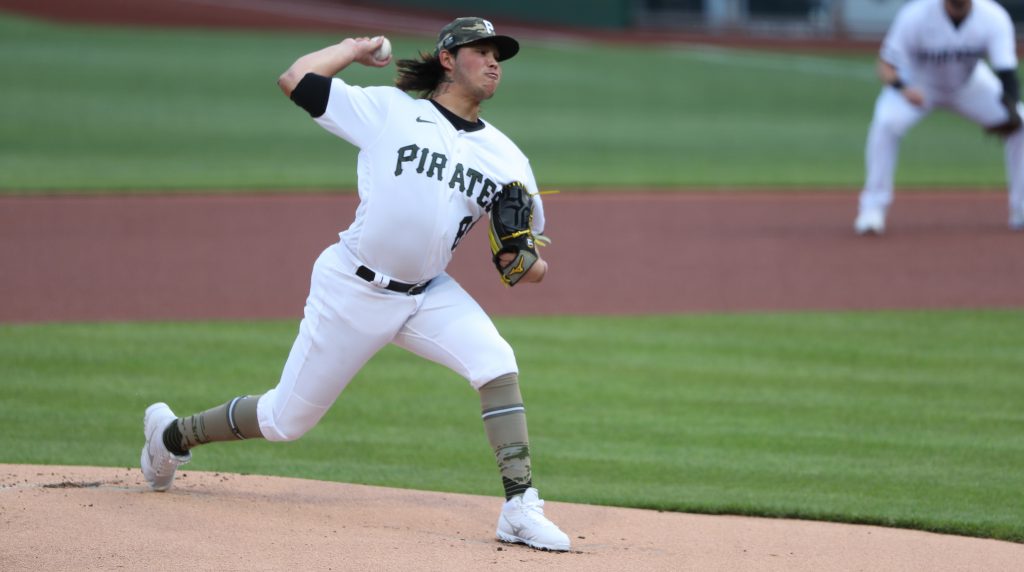 Since being traded to the Pirates from the New York Yankees, Miguel Yajure has had some issues staying healthy. He’s put together a string of outings lately, pitching deeper and deeper into games.

The last time on the mound was this past Friday against Rochester, coming in after Zach Matson, who pitched the first two innings, Yajure tossed five innings of one-run baseball, striking out seven along the way.

Here’s a look back at his start.

Yajure generated 12 total swing and misses in his start this past Friday.

Yajure hasn’t put up the ideal strikeout numbers for the majority of the season, but has recorded 14 total in his last two appearances, each spanning five innings. Here’s a look at the seven from Friday.

In total, Yajure pitched five innings, allowing three hits, one run, walking two while striking out a total of seven batters. He’s picked up wins now in back-to-back outings and now has a 4-4 record with Indianapolis this season.

Thanks for the video Anthony – he certainly had it all working and the Catcher made some very good stops. Liked the way he worked the inside corner, the breaking pitch was awesome, and was he throwing a fading FB or 2 to the LH hitter?

Already thinking BRU, Contreras, and Keller in the Rotation and then the possibility of Burrows within the first 2 months. After that it gets hazy, and I hope Yajure can put himself in the running.

It could be the time for the Pirates to look for a Top 30-type SP in the FA Market, and then wait for Quinn Priester to mature.

Are the Pirates going to get lucky and find a starting pitcher in Yurie?

Maybe I’m a bit biased, since I was at the game last year when he 1-hit the Giants over 5 innings, but I fail to see how he doesn’t deserve a shot in the rotation. Especially since they’re still trotting out the likes of Wilson, Thompson, and f’n Beede as starters.