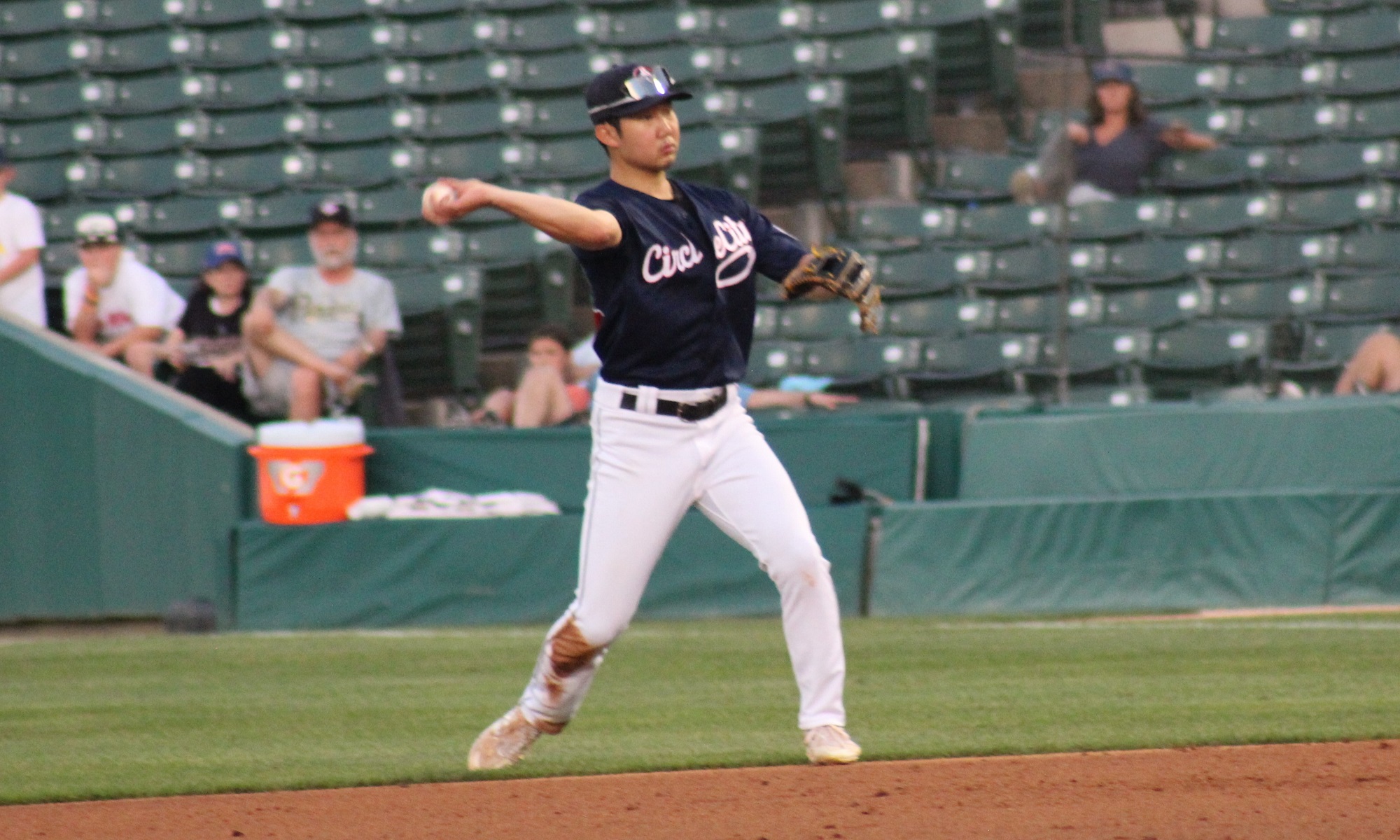 It wasn’t the best of outings for Priester, but he still flashed some of his skill, especially with the curveball. The 2019 first round pick pitched 4 2/3 innings, allowing eight hits, three ones, while walking one and striking out five. Here’s a look at the curveball at work.

It was mostly mixed results from Quinn Priester's most recent start. His curveball was one of the highlights, however. #LetsGoBucs pic.twitter.com/FqgrDqIue2

The left-handed utility guy hit his fifth home run of the season, but it wasn’t enough as Indianapolis dropped their Saturday game against Louisville.

When you are struggling, you take them any which way you can, right? After a strong start to the season, Peguero has struggled as of late. Here he pulls off a perfect squeeze bunt, scoring the runner from third.

This bunt is just beautiful pic.twitter.com/8yruPNTnp8

There’s a good chance Jared Triolo could have his own daily feature of defensive plays, that’s how regular it is for him. In game one he made a diving stop at the hot corner, more than likely saving a run.

Stop us if you've seen this before: an outstanding play from the gold glover @JaredTriolo!

In the second game of the double header, he made a diving catch on a low line drive while playing shortstop.

We will continue to tag @ESPNAssignDesk @SportsCenter when there are filthy plays made by @JaredTriolo until he makes the Top-10. pic.twitter.com/HZsZI2JPAX

Altoona couldn’t muster up much of any offense in either game, the biggest highlight being Connor Scott hitting his fourth home run of the season.

I saw one play similar to Triolo’s at third where the play was made from his knees for the out on Saturday and it was some guy named Nolan Arenado, lol.

Exactly what I was thinking. Hope he starts hitting like Arenado!