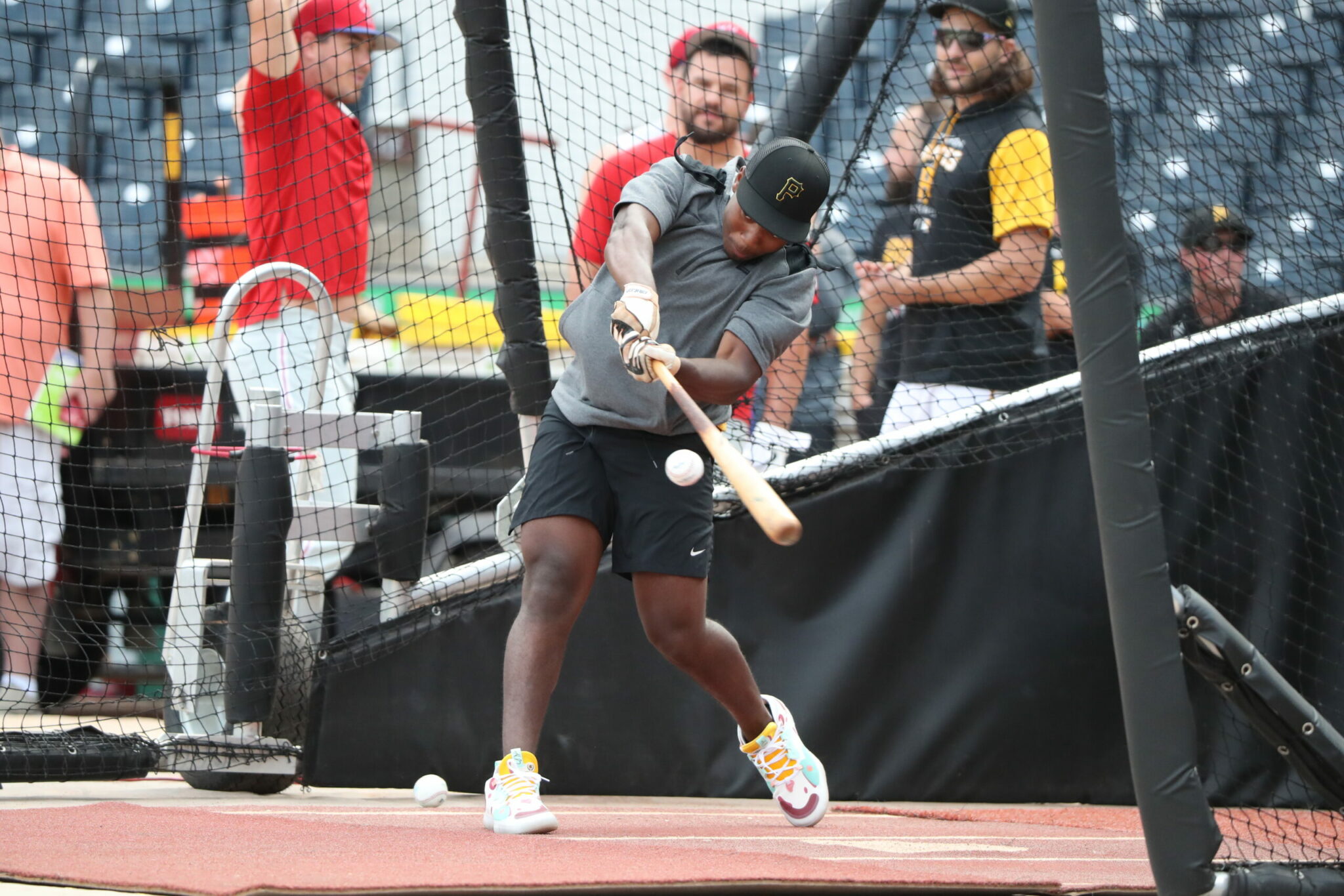 The fourth overall pick in the most recent draft, Termarr Johnson made his professional debut on Tuesday in the Florida Complex League for the Pirates. He went 0-for-2 with a pair of groundouts before being lifted for a pinch-hitter.

Pittsburgh Pirates 1st Round Pick Termarr Johnson grounds out to second base in his first professional at-bat. Love the hustle down to first base on what most would consider a routine play. More video to come from the 1st rounder’s debut! @OSportscards #termarrjohnson #pirates pic.twitter.com/TXPz4KR7Gg

Johnson led off the game and played shortstop against the FCL Red Sox. Here’s a look at his second ground out later in the game.

In his second at bat, Pittsburgh Pirates First Round Pick Termarr Johnson grounds out to the third baseman. He is 0-2 so far in his debut. @OSportscards @JohnsonTermarr #fcl #pirates #termarrjohnson pic.twitter.com/Ql2Cbsic4x

The left-handed slugger continues to hit, collecting his 20th home run of the season for the Altoona Curve. After Tuesday’s game, Shackelford has brought his OPS up to .840 on the season.

Home run number 20 on the season for Aaron Shackelford is a no-doubter! We take the early lead in Binghamton!

He would later add another RBI with this double below. This gave him 58 RBI on the season, all with Altoona.

Scott drove in two runs on his 18th double of the season, giving a total of 26 extra-base hits on the season for him.

Two more runs across from @connorscott24 and we take a 6-0 lead!

The Pirates third round pick was called up to Bradenton late last week, playing on the road. Tuesday was the first home game he played, which meant it was the first we got a look at him in some cases. He picked up a pair of hits in the game, including this double below.

Jack Brannigan with a double in his second home plate appearance #LetsGoBucs pic.twitter.com/RfOilWEid5

After Brannigan advanced to third on a wild pitch, Brenden Dixon drove him home with a single, breaking the tie temporarily in favor of the Marauders.

Endy was promoted to Double-A earlier in the day, and slotted right in the lineup as the DH on Tuesday. He picked up a double in his first game,  driving in Jared Triolo in the process.

Endy Rodriguez picks up his first Double-A RBI with this double to right field! pic.twitter.com/WzxdSn6Myy

Geesh, maybe we’ve given the wrong guy the nickname of “Tank”. Shackelford is built like a brickhouse. Has a ton of power.

That Altoona club is fun to watch. Big daddy hacks!

Got it pencilled in for a behind home plate seat last week of Aug. at Bowie. Shack kinda reminds me of Steve Garvey, and Mark McGuire!

Love watching these videos. Initial thought is that Brannigan reminded me of Craig Biggio with that swing. Thanks Anthony.

Going purely off of memory, I actually like that comparison swing wise.

In a Minor league season that has been somewhat disappointing, Shackelford has been a bright spot. I liked what he did last year, but really thought he would run aground at AA, but he has improved.