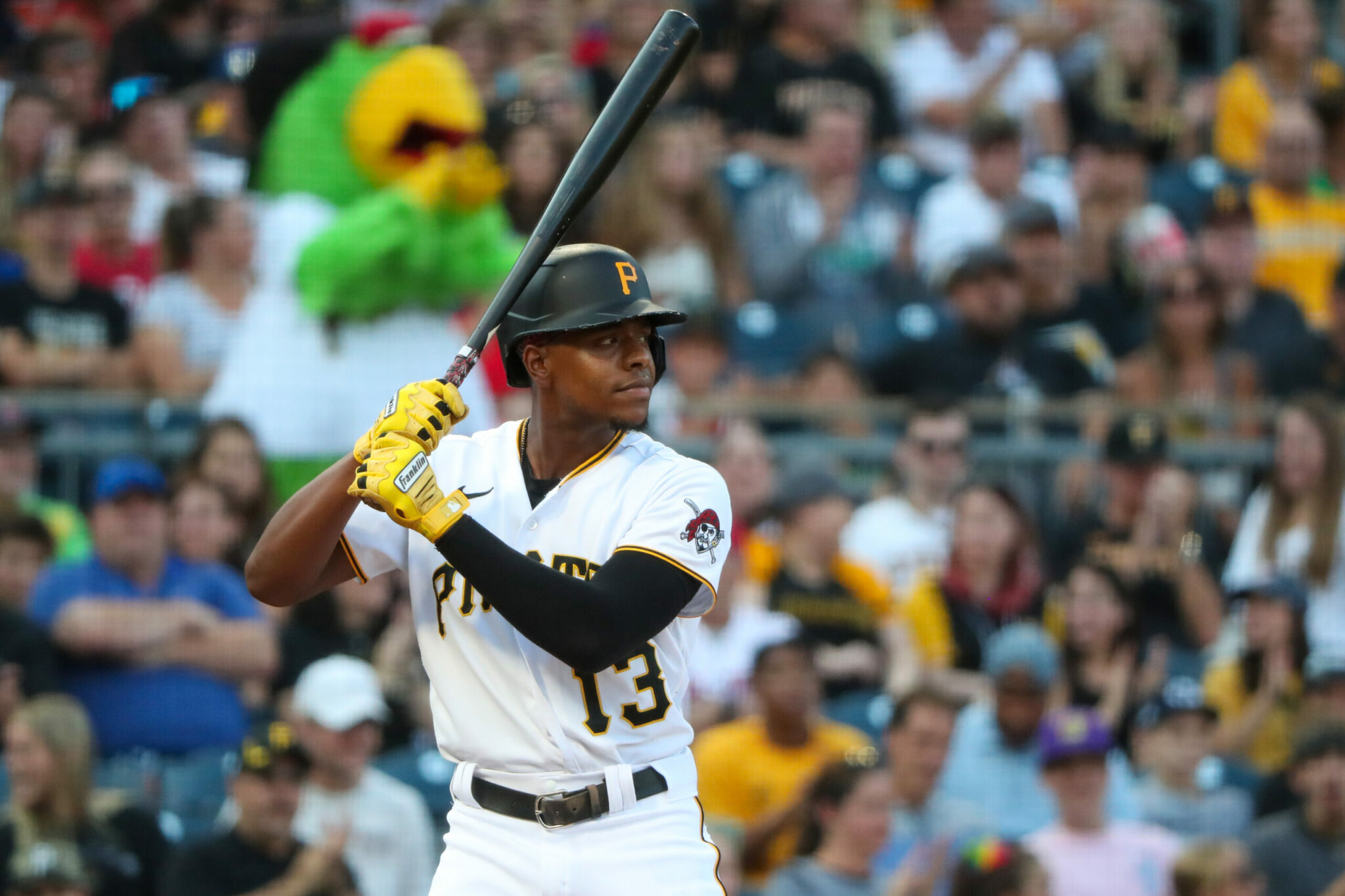 The Pittsburgh Pirates placed third baseman Ke’Bryan Hayes on the 10-day injured list prior to Tuesday’s home game against the Boston Red Sox. To take his place on the 26-man roster, infielder Kevin Padlo has been recalled from Indianapolis.

Hayes didn’t play over the weekend due to a back injury. The Pirates had hoped he would be able to play today after a Monday day off as well, but he was unable to go, some Padlo joins the Pirates for the first time. He was recently claimed off of waivers from the Seattle Mariners. He had a strong first full week in the Pirates system with Indianapolis, getting named as their Player of the Week after putting together a 1.426 OPS that was the tops in the system. Padlo is in the starting lineup today at first base.

The Pirates also announced that Roansy Contreras will get the start tomorrow. He is currently with the Pirates, but won’t be added to the active roster until tomorrow.

Maybe Paldo will take Hayes job from him??????

Slightly below average but not by much

Big news on Cheng, raw pop was by far his weakest tool heading into the year.

Ke’bryan Hayes spends a lot of time injured. Is he fragile, coddled, or is there another explanation? Not only Ke’Bryan but many of there top prospects lose too much time to injury. What gives?

Bucs are ranked 8th in days-on-DL this year per spotrac, so high — but not outrageously so.

Hayes leads the club in plate appearances this year. Let’s give him 10 days off in a meaningless season.

Is it just me, but why isn’t Triolo wearing a 1st sackers mitt occasionally? (Yes, Padlo has earned the shot)

When I saw the news of Padlo getting called I racked my brain for literally any other option and Triolo is all I came up with.

That being said, I remember a spirited debate over whether or not Pedro Alvarez had enough bat to be a first baseman, regardless of defensive ability, and the answer ultimately turned out to be no.

I think Triolo matching even Pedro at this point would be extremely optimistic, so we gotta ask ourselves what we’re going for here?

At this point cobbling together a platoon seems like the only viable path forward. Bullish on Nunez though, we’ll see.

Man I really thought Pedro was going to be a stud. Especially after he was an All Star and he raked against the Cardinals in the NLDS. He had actually improved his defense to half decent. Then the throwing problems just came out of nowhere. Why can’t we have nice things?

In 201o (?) during spring training, I took a seat at the neighborhood bar next to a large well conditioned young man. It turned out to be a very well know, very good St. Louis Cardinal pitcher. He was quite friendly and loved talking baseball. I asked him about Andrew McCutchen. His reply, “we love Andrew McCutchen.” Then I asked about Pedro Alvarez. He didn’t reply, so I asked again. He reluctantly said “he’s got holes.”

I pictured homers into the Allegheny when they drafted him. Not throws.

Dude, I cannot like this enough. He’s the last ballplayer I felt like I was personally committed to as a fan. My cold dead heart weeps. 😉

Yes. I’d add that everyone that’s a prospect and part of a multi-player competition at one position or potentially blocked should learn to play 1st base.

Padlo will be the 62nd player to appear for the Pirates this year. T2 all time. The record is 65. We gotta get Mears off rehab. Then call Beasley and Oviedo up. Then call up Maggi in Sept. Boom. 66.

Last edited 1 month ago by hoptown
1

Yeah, but half of them have been Catchers.

Ok, now you jinxed either Delay or Godoy and they will need yet another one….

Better question is when will they stop playing Josh Van Meter???

They pretty much have. He only has 11 PA over 13 games this month. Some of those have been PH duty for Godoy who is 0 fer his time in Pittsburgh.

Yeah okay but if it weren’t for those at bats Bae wouldn’t have injured himself.

turn up your sarcasm meter… 😉

Lol! I admit that age is creepin up on me and the brain is starting to go with the failing eyes and ears……..what sucks is I used to be so good at using the sarcasm font but now have trouble reading it……..old sucks…….

You got nothing to worry about my friend!

When is Henry Davis expected to be active again?

When the Pirates win the World series or as Wilber said, when Hell freezes over.

When hell freezes over?
When pigs can fly?
When Nutting funds a major league payroll?

Last edited 1 month ago by robertkasperski
0

Okay, I was still a little bit hopeful until you got to the third one but that one makes it clearly hopeless.