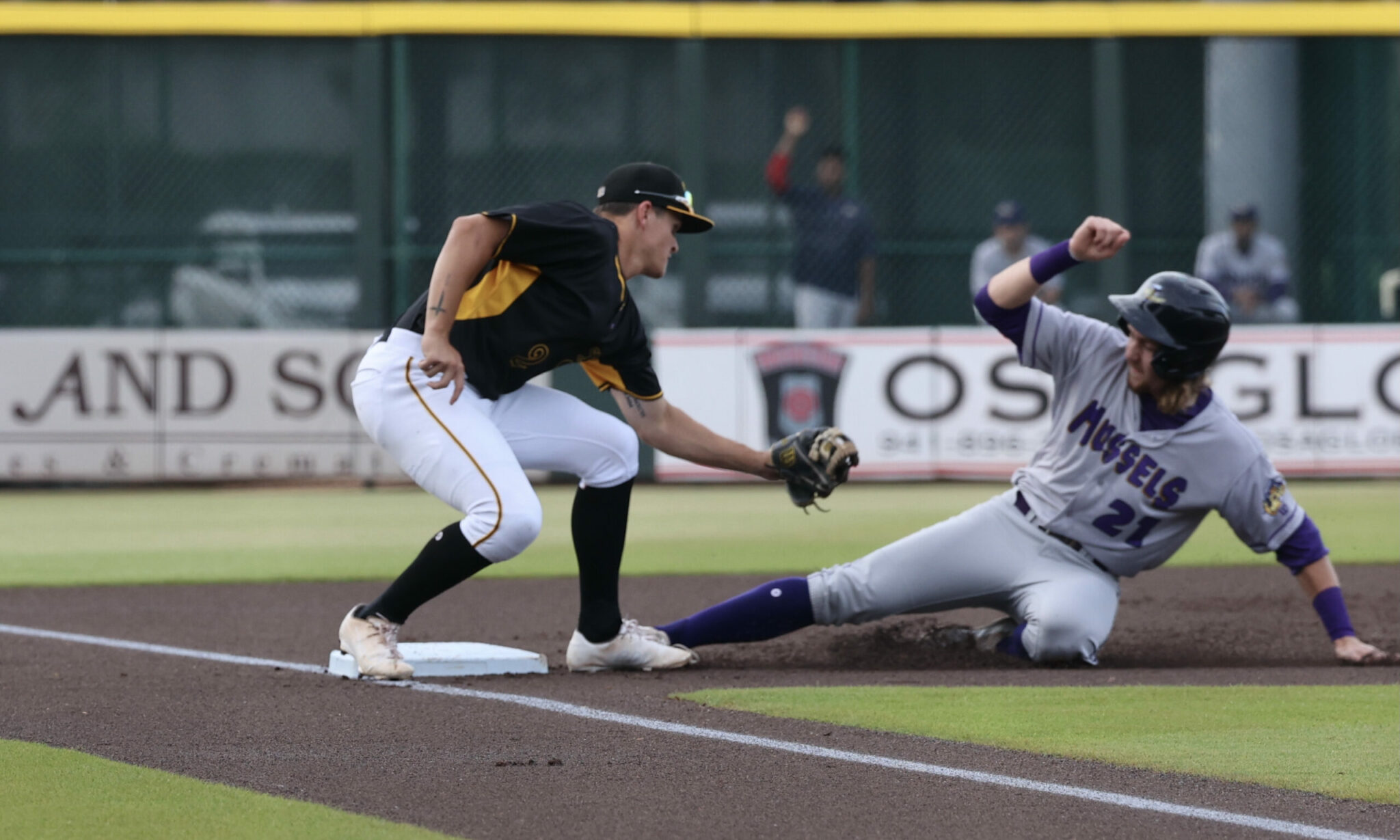 Jase Bowen was our Pirates Prospects Player of the Week back on June 21st. That time he was in a vote-off to grab the overall spot. There was no need for a vote-off this week. He was the unanimous winner for the week. Bowen put up a .455/.556/1.000 slash line in 27 plate appearances last week, collect a double, triple, three homers and he drove in ten runs. There were players on Greensboro who had comparable weeks, but when you see that Bowen did it in a pitcher-friendly park/league and Greensboro did it at home in a hitter-friendly park, the choice became easy. As a side note, Bowen also won the Florida State League Player of the Week, while Po-Yu Chen won the league’s Pitcher of the Week award. More on the latter below.

When I wrote up that last Player of the Week article for Bowen, I said that he should be up in Greensboro soon. I figured that meant All-Star break at the latest. That break passed us nearly two weeks ago now. I don’t know why he is still in Bradenton because he has been doing well the entire time since that post. He had an .817 OPS in June and a .946 OPS in July. In the FSL, those numbers are both strong. He ranks seventh in the league in OPS (.808) right now among players with 200 plate appearances, and he actually leads the league with 391 plate appearances, 20 more than the second highest total in the league. He’s fourth in the FSL with 13 homers, just three behind the league. He’s seventh in stolen bases, with a better success rate than anyone ahead of him. He also leads the league in runs scored and he ranks second in RBIs.

Sometimes a slow promotion can be related to the player ahead of them. That doesn’t apply to Bowen. He has made double digit starts at five positions, and he’s also played third base. While he hasn’t played shortstop as a pro, he has played there before and practiced at the spot since signing. Throw in the DH spot and he could be promoted now, play every day, and not take significant time away from anyone. They could also promote him and keep him in one spot if they want to do that instead. Either way, he should be in Greensboro by now. He’s not old for Bradenton/Low-A, but he’s now been there for nearly two full seasons. The minor league season only has six weeks left at the lower levels, so at some point soon you’re really limiting the potential benefit of promoting a player.

Between his offense, running and defense, Bowen is doing it all with Bradenton. He just completed a very strong week and a big month as well. His next step needs to be up in the system. The only possible benefit he can get from remaining in Bradenton is that the team is in a tight pennant race right now, while Greensboro has lower odds to make the playoffs, but they still have a chance. While we don’t follow the records for teams closely, the players themselves do, so there’s more pressure in the late season games. There’s always the option to move players up a level just for the playoffs, but you would never see prospects go the opposite way. Other than that possibility, Bowen has earned his way to the next level.

Analysis: We had a split decision here between Travis Swaggerty and Jack Suwinski. Swaggerty got the tiebreaker vote, putting up a 1.048 OPS in 28 plate appearances, with three doubles, a triple, four walks and a steal. After putting up strong numbers in both May and June, he needed this last big week to get him to a .720 OPS for the month of July. Suwinski put up a 1.095 OPS in 28 PAs, with two doubles and two homers. He has a .982 OPS since being sent down by the Pirates. Driven by a lot of singles, Tucupita Marcano put up a .948 OPS in 29 plate appearances. He has a .933 OPS in 14 games with Indianapolis. Taylor Davis had a 1.039 OPS in 18 PAs last week, and then three other players also reached the magical .800 mark. Rodolfo Castro was at .846 in 23 PAs, Carter Bins batted just .143, but he was at an .833 OPS for the week in 18 PAs. Mason Martin was the 27th of 28 batters in the system to get to .800, making it by one point. You could say it was a good week for Indianapolis hitters.

On the pitching side, Eric Stout tossed four shutout innings on one hit and six strikeouts. Yohan Ramirez had one hit and three strikeouts in 3.1 scoreless innings. Mike Burrows has struggled to start his time in Triple-A, but he was strong over the weekend, with four shutout innings on two hits, two walks and two strikeouts. That’s his best start since joining Indianapolis. Miguel Yajure has also struggled for Indianapolis, so his outing of one run and five strikeouts over four innings, is a good sign.

Analysis: Jared Triolo really started off this season slowly, but more so due to the power numbers than getting on base, stealing base and playing strong defense. The power numbers have arrived later in the year. He had a .275 average and a .680 OPS in the first 51 games of the year. In the last 39 games, his average his dipped slightly to a .262 mark, but he added 119 points to that OPS due to the power numbers. Connor Scott put up a 1.034 OPS in 20 PAs last week. He has really struggled since being our first Player of the Week this year.  In 63 games between that first week and this last week, he had a .588 OPS. Blake Sabol had a .926 OPS in 20 PAs last week thanks to a .368 average and three doubles. Fabricio Macias hit just .238 for the week, but he made the list by putting up an .816 OPS. He has helped out by two homers.

On the pitching side, Jeffrey Passantino allowed one run over four innings, while striking out seven batters. Nick Dombkowski allowed one run over 3.2 innings and struck out five. The best start was by Quinn Priester, who has pitched outstanding since joining Altoona. He gave up two runs over 6.1 innings, with four strikeouts. In seven starts with Altoona, he has a 1.87 ERA and 33 strikeouts in 33.2 innings.

Analysis: Greensboro sort of took full advantage of their home park this week. They had five of the top seven hitters in the system. Surprisingly, they had five guys with an OPS over 1.100, and then no one else came close to making the list, so they had some pretty bad weeks as well. Dariel Lopez led the way with his four homers and a .385 average/1.410 OPS. He did not do well in April, then put up nice numbers May and June, keeping in mind that he is both young for the level and it’s a hitter-friendly park. He did much better in July, finishing with a 1.042 OPS, so he was doing well before this past week. Endy Rodriguez finished just below Lopez, putting up a 1.407 OPS in 27 plate appearances. His was driven by a higher OBP thanks to eight walks, along with two homers. Ernny Ordonez had 16 PAs and a 1.255 OPS. Abrahan Gutierrez had three homers, five walks and a 1.154 OPS in 24 PAs. Jacob Gonzalez has been rather quiet since a torrid start to the season. He wasn’t quiet last week, putting up a 1.128 OPS in 26 PAs.

Despite all of the offense at home, Greensboro still had four pitchers do well enough to get mentioned here. Jared Jones led the way with one run over five innings. He has a 4.81 ERA and 111 strikeouts in 91.1 innings. He has actually pitched better at home, where his ERA is nearly a full run lower. Adrian Florencio and Santiago Florez have both struggled a lot this year, but they did well in limited roles this week. Florez allowed one run in 4.1 innings, while Florencio gave up one run over 3.1 innings. Florez has pitched better at home this year, yet his ERA is over 7.00 in both situations. Florencio has been significantly better at home, though we are talking about a 6.51 ERA with those better results. Justin Meis allowed one run in his four innings, though he walked five batters.

Analysis: Besides Bowen, Sergio Campana had a solid week on offense for Bradenton. He put up a .947 OPS in 26 plate appearances, with a triple, homer, five walks and four stolen bases. He had a .963 OPS in July, after a .391 OPS in June. Deivis Nadal squeaked onto our list with an .802 OPS in 18 PAs.

On the pitching side, Po-Yu Chen had a performance that would normally be enough to earn him a Player of the Week for his own team. He won the league award for pitchers by going seven shutout innings, with one hit, one walk and five strikeouts. It was easily the best pitching outing for the Pirates system last week. He has thrown shutout ball in five of his last nine starts. Johan Montero had a nice week too, throwing 3.1 innings without allowing a hit or walk. Mitchell Miller allowed one run over four innings. Bubba Chandler gave up one run over 3.2 innings, while striking out six batters. That was his second appearance since being bumped up to Low-A.

I agree that Bowen should be promoted. The only thing I could see holding him back is that his K rate (31 K’s vs. 10 BB’s in 107 PA’s in July) is a little bit of a concern. But if he goes to Greensboro for a month and struggles with, say, a 40% K rate that would seem to be good feedback to have going into the offseason.

Seemingly ALL of our ‘top’ prospects have high K rates. Hard to get excited about players like that!

Where’s the love for Jacob Gonzalez? He rarely even gets a mention.

I’d really like to see Bowen move up. He’s adjusted his approach, much less hacking, but still has power. He’s a very good baserunner and reasonably solid on D despite playing all over.