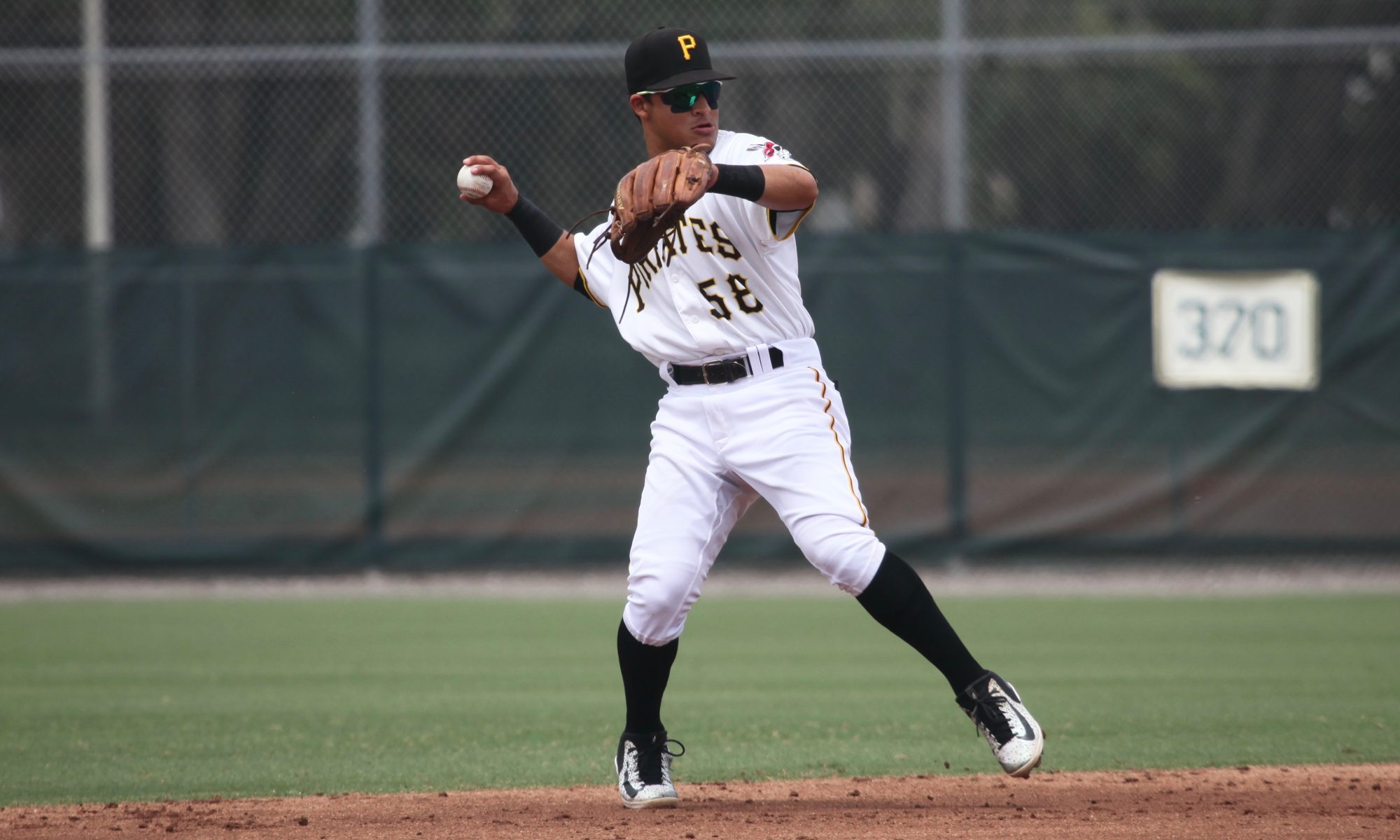 Francisco Acuna has had a chance to play more often with Endy Rodriguez not taking turns at second base for Greensboro anymore, clearing up time for the other infielders. Acuna started getting more playing time when a struggling Maikol Escotto was demoted earlier in the year. At least for this past week, the 22-year-old Acuna made the most of his added time, hitting .333/.444/.800 in 18 plate appearances, which earned him the Pirates Prospects Player of the Week recognition.

Acuna feels like he’s been around in the Pirates system forever. That feeling for me comes from him playing winter ball competition in his home country of Colombia at an early age, so he’s basically been getting around-the-year coverage from us for quite a while now, despite his relatively young age for a baseball player.

Acuna has never really wowed in the system, outside of his 2019 season when he put up a .793 OPS in Bristol and had strong winter league results against older players. He lost the 2020 regular season like everyone else, then struggled in 2021, splitting the year between Bradenton and Greensboro. He’s only been with Greensboro this season, where he is hitting .268/.362/.443 in 58 games, while spending most of his time at shortstop.

A 22-year-old shortstop in High-A with an .805 OPS sounds like a decent prospect with no other context. You would assume that playing in Greensboro, he has been helped by the smaller park, but that hasn’t work out for him, likely because he isn’t a power hitter. He’s more of a line drive hitter and that smaller outfield in Greensboro cuts out the room outfielders need to cover. Acuna is hitting .296/.387/.519 on the road this year. That type of approach could translate well to Altoona and Indianapolis, where there’s a lot more ground to cover. It also means that if he’s not hitting homers in Greensboro, he’s probably not going to develop any power at this point, so he has to rely on defensive value and getting on base to get him better places in the future. That’s going to be tough in the Pirates system, but a 22-year-old shortstop doing well in High-A is in a good spot to possibly make the majors some day down the line.

Analysis: Travis Swaggerty had his two best months in May and June, posting an OPS well over .800 each month. He had a .720 OPS in July and was struggling through the first two weeks of August. He put together a solid week of 25 plate appearances, collecting seven hits, including a double and a homer, plus he added five walks. That all led to a 1.030 OPS that was just short of the team lead for the week. For the season, he has a .778 OPS in 85 games for Indianapolis, with 28 extra-base hits and 14 steals. Cal Mitchell led the team last week with his 1.040 OPS. In 21 PA’s, he had six hits and just one strikeout. He had two doubles and a homer. He has an .892 OPS in 56 games with Indianapolis. Carter Bins went 4-for-14 with a double, homer and two walks. It was a crazy week, because he struck out in nine of his other ten plate appearances. Hoy Park had a .911 OPS in 26 PAs last week, with a double, two homers and three steals.

On the pitching side, Mike Burrows had a strong week with five shutout innings in his start. He allowed four hits and one walk, while striking out six batters. He has a 4.31 ERA and 40 strikeouts in 39.2 innings since joining Indianapolis. Cam Alldred threw 3.1 shutout innings on two hits, no walks and five strikeouts. Osvaldo Bido had himself a very nice start, giving up one run in five innings, finishing with four hits, one walk and four strikeouts. Johan Oviedo had two outings, with one better than the other. Combined, he went 4.2 innings, giving up one run on four hits, with no walks and eight strikeouts.

On the pitching side, Tahnaj Thomas made two scoreless appearances, totaling 3.2 innings. Since June 1st, he has a 1.82 ERA and a 35:7 SO/BB ratio in 29.2 innings. Quinn Priester was solid in his outing, going seven innings on two runs, three hits, three walks and six strikeouts. He has a 2.50 ERA and 52 strikeouts in 50.1 innings since joining Altoona. Luis Ortiz had a nice outing one week after winning our Player of the Week recognition. He gave up two runs over six innings, with five hits, one walk and eight strikeouts. He’s closing in on the Altoona record for strikeouts in a season, trailing Ian Snell. Ortiz has 116, while Snell had 142 in 2004.

Analysis: Besides Acuna, Greensboro also got good production from Hudson Head, who put up a .944 OPS in 18 plate appearances. He went 6-for-16 with a triple, two walks and two steals. He was the only other batter to qualify (minimum .800 OPS) for the analysis section, so it wasn’t a great week for Greensboro hitters. Something about those road games. On the pitching side, Ricky DeVito had a strong outing. going four scoreless innings on two hits, two walks and five strikeouts. He has a 5.03 ERA on the season with nearly identical work/numbers both home and on the road, except his walk rate is much higher on the road. Nick Garcia had the best start for the Grasshoppers, going six innings, with one run on three hits, three walks and three strikeouts. Since his strong month of June ended (2.28 ERA in five starts), he has a 5.97 ERA in 31.2 innings.

Analysis: Luis Peralta got two votes for the overall Player of the Week, losing out with the tiebreaker vote. He went five shutout innings in his start, with one hit, one walk and nine strikeouts. The 21-year-old has struggled with control this year, leading to a 5.82 ERA and a 1.59 WHIP in 51 innings, but he misses bats with the best of them, striking out 86 batters this year.Besides Peralta, Bradenton got nice pitching from Anthony Solometo, who also tossed five shutout innings, doing his work on three hits, no walks and four strikeouts. He has a 3.15 ERA in 34.1 innings, with 35 strikeouts and a 1.11 WHIP. Bubba Chandler threw four shutout innings on three hits, one walk and three strikeouts. He has a 4.32 ERA and 22 strikeouts in 16.2 innings over his five Bradenton appearances. He had a rough time on the hitting side this week, going 0-for-12 with three walks and seven strikeouts. In two relief outings, Carlos Lomeli faced the minimum over four shutout innings, with no hits/walks and three strikeouts.

“Altoona had a great week at the plate”

Due to Tim’s presence, surely.

Or as I like to call him to my friends who are Braves fans….”The better Acuna”

Pretty nice week across the board!