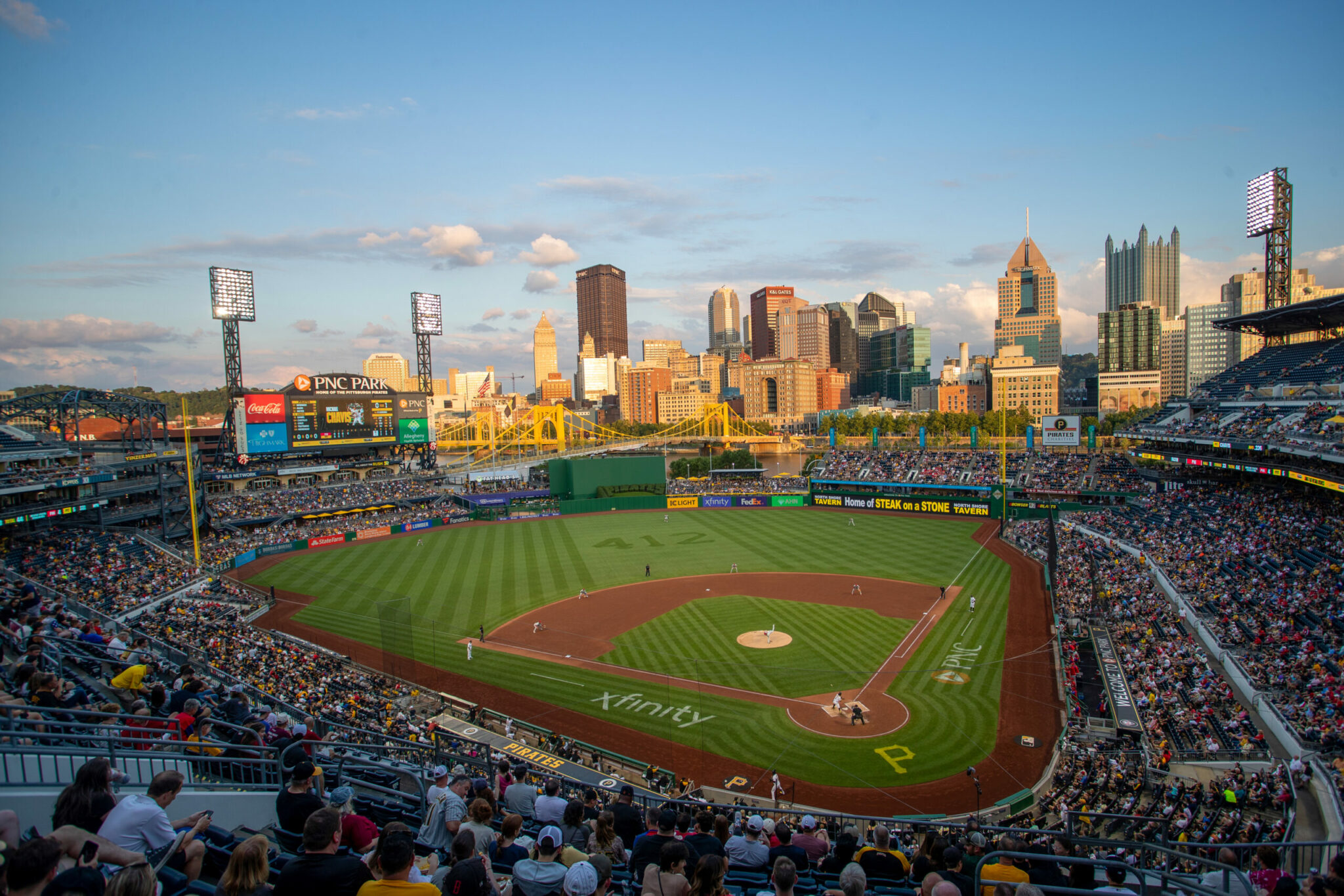 The Pittsburgh Pirates announced their 2023 schedule on Wednesday afternoon and there are some major changes to the format. The new schedule will have them playing fewer division games and more interleague games, to the point that they will play all 29 other teams next year.

There’s a sharp decrease in NL Central games in 2023, going from 76 games this year (19 versus each opponent) to 52 games (13 versus each opponent). Those games will be turned into games against the American League, with 46 games total against the 15 AL teams. It’s three games versus each team, plus an extra game against the club deemed to be their natural interleague rival. In the case of the Pirates, that’s the Detroit Tigers.

The schedule opens up on March 30th for all 30 teams. The Pirates will begin a three-game series that day on the road against the Cincinnati Reds. The home opener is April 7th against the Chicago White Sox. The AL teams visiting Pittsburgh in addition to Chicago and Detroit will be the Toronto Blue Jays, Texas Rangers, Oakland A’s, Cleveland and the New York Yankees. The schedule closes on October 1st at home against the Miami Marlins, and the All-Star game is July 11th.

I see what you did there with Cleveland. I can’t bear to call them by their new moniker either. 108 years is a long time to be known by something. I wonder when the Pirates will be forced to change their name due to the disparagement against law-breaking and pillaging sailors. This is by no means an indictment or an affirmation of either the new or old name. Maybe the Pirates new name could be the “Nuttings.” That might emphasize both the quality of their talent on the MLB level and their economic policy.

My disappointment in their name comes from the fact that Spiders was an overwhelming favorite in multiple votes I saw with large numbers of voters, and then I saw designs for the hats and shirts. I was going to buy a shirt and hat because I love the history behind the Spiders name, but then they had to go with a name I never even saw as one of the choices. I was 100% certain Spiders was going to be the choice and that made my baseball history heart so happy. This new monstrosity looks like an Angels logo mixed with the 2020ish Cleveland logo, and then the explanation behind the name just really annoyed me. Instead of them celebrating history, they changed it to an indoor Lacrosse league quality name. It just has a very Manfred feel to it, so I refuse to use it.

I do the same thing with the Hartford franchise in the minors, though not as many people were behind the old NL team name when they were having their name the team contest. Would have been a great chance to celebrate history and then they chose the dumbest name I’ve seen since the Jacksonville Jumbo Shrimps…of course the Cleveland Parental Units usurped them, but everything in MLB seems to be minor league now, including the quality of play.

If I ever win the lottery I’m putting a league in upstate NY with the Troy Haymakers as my team, and people can buy into the Buffalo Bisons, Syracuse Stars and Rochester Bronchos. Might also branch out into the Hartford Dark Blues and Worcester Ruby Legs just for fun.

Not a fan of inter league play at all.

We’re just treading water until MLB expands to 32 teams, at which point some semblance of sanity can be brought to scheduling.

It’s worth pointing out that loading up on divisional games makes less sense when there are multiple wild cards. When there were fewer wild card spots, unbalanced scheduling across the divisions really penalized teams in good divisions.

I do not like playing every team. I had been hoping that interleague baseball would be reduced, not expanded. Pretty much anything I care for and like about baseball, MLB is bound and determined to dismantle it.

So now every team in baseball has a chance to pound the Buccos. Excellent.

Love the every team thing. Only thing I like so far about the universal dh

It’s about time MLB did something with the Pirates like contract the franchise. The Pirates give baseball a bad name.

I love the day the schedule comes out. we plan our weekend trip to PNC. sadly keeping track of this debacle today and watching the last 2 nights.and going 0-7 against a Braves team built for the long haul, it is hard to get excited

100 losses are built in for the future, with no end in sight…

It’s a ‘re-built’ that keeps on rebuilding. Can’t wait to see the retread vets BC brings in for 2023 that will take ABs away from young rookies who may not be any good, but how are you ever gonna know?

Another semi-interesting feature is that we only have one road trip of more than two series (this year we had three). Similarly, this year we had two long homestands and next year only one.

This was supposed to be the promise of an everybody-plays-everybody schedule. I’m glad it looks like they’re taking advantage.

Calendar format if anyone is interested (I love when new schedules come out because it’s a chance to dream of what things might be like next year): https://www.mlb.com/pirates/schedule/2023-04

Detroit is our interleague rival? Why? Is it because they are both crap Teams? I agree though it will be nice to see Ohtani. The Yankees and Cleveland series could have nice crowds but other than them the rest of the teams mentioned will be playing in front of an empty stadium unless there is fireworks or free beer Friday.

You might not have noticed it before, but Detroit has more or less always been our interleague rival.

The Pirates have played 78 interleague games against the Tigers, 48 vs Cleveland, 42 vs White Sox and 39 each vs. Kansas City and Minnesota. The decision was made 20+ years ago when Cleveland and Cincinnati were paired up and that apparently left Pittsburgh and Detroit to rekindle their blood feud from the 1909 World Series.

I think the new format will also help with true rivalries like those with the Reds–if they’re only coming to town twice instead of three times, it makes it a little more important to carve out time to see those games.

If only this was true we’d be guaranteed some wins.

Seriously, though, I really like the new format as I’ll gladly trade games against the Reds, for example, for opportunities to see players like Ohtani, Rodriguez, Franco, Trout, Judge, … every year. Plus, now we get Cleveland every year, and an actual rivalry could start instead of the artificial one that MLB tried to create.

Do they specify which games they’re going to try to win?