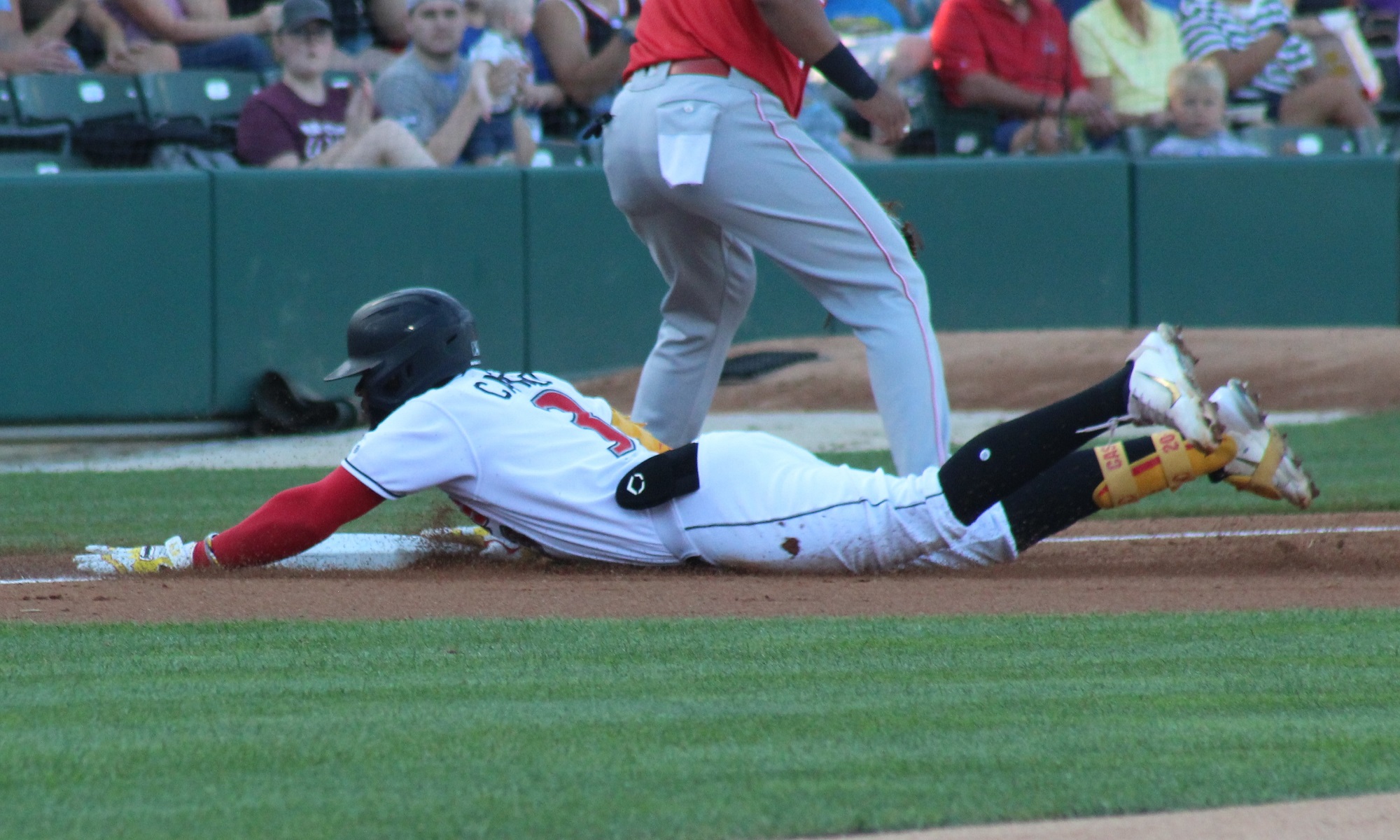 Major League Baseball handed down a one-game suspension to Pittsburgh Pirates infielder Rodolfo Castro for his cell phone incident during a game last week. He mistakenly left his cell phone in his back pocket and it came out during a slide into third base. Castro will be appealing the suspension and he’s allowed to play until he has a hearing.

Pirates infielder Rodolfo Castro was suspended for one game and fined for violating MLB policy when he played while having a cell phone in his back pocket.

There could be more news today as multiple sources are reporting that pitcher Roansy Contreras and infielder Kevin Padlo are both in the locker room for the Pirates. No word yet on whether or not they will be activated today, but it appears to be some moves coming up.

Padlo replacing VanMeter sounds like an act of mercy for poor Josh. His bat has made it double tough to defend his spot on the roster

If only he could have found his bat, he might have been able to use it to defend himself. Kind of hard to hit without a bat 🙂

He mistakenly left it in his back pocket. That’s as bad as Tatis say he mistakenly took PED’S.

I’m actually intrigued by Kevin Padlo, and interested in him at 1B, as it appears he’ll be playing.

I paid no attention originally when they claimed him, but after watching him in an Indy game the other day, he was smoking the ball. First thought was he’s probably another Jake Elmore that’ll bat .500 in AAA making it look easy, but then a soft groundball hitter in bigs. But he’s actually got some size and PAHR to him. K% and BB% in minors aren’t bad either. So, I won’t be upset at seeing if there’s something in there.

Good opp to see if he can provide as much as Chavis without the 7/1 K/BB rate. Only 23 days of MLB Service Time. A Shack teammate at Murrieta HS?

“Thought was he’s probably another Jake Elmore that’ll bat .500 in AAA making it look easy, but then a soft groundball hitter in bigs”

Sounds almost like you were describing Yoshi too……perish the thought! We need PAHR!!!

Even Jake Elmore would at least hit .300 in AAA. Padlo never has hit great anywhere. Elmore’s career average in the minors was .286. Padlo’s is .243.

With the way they are pushing hitters, Padlo has a higher OPS due to higher slugging and more HR instead of average. Padlo 102 HR and .445 slugging and Elmore 27 and .374. I am old school and value BA but they way the game is being played now, the teams seam to value slugging much more than BA. Crazy