Termarr Johnson Ranks as the Top Second Base Prospect 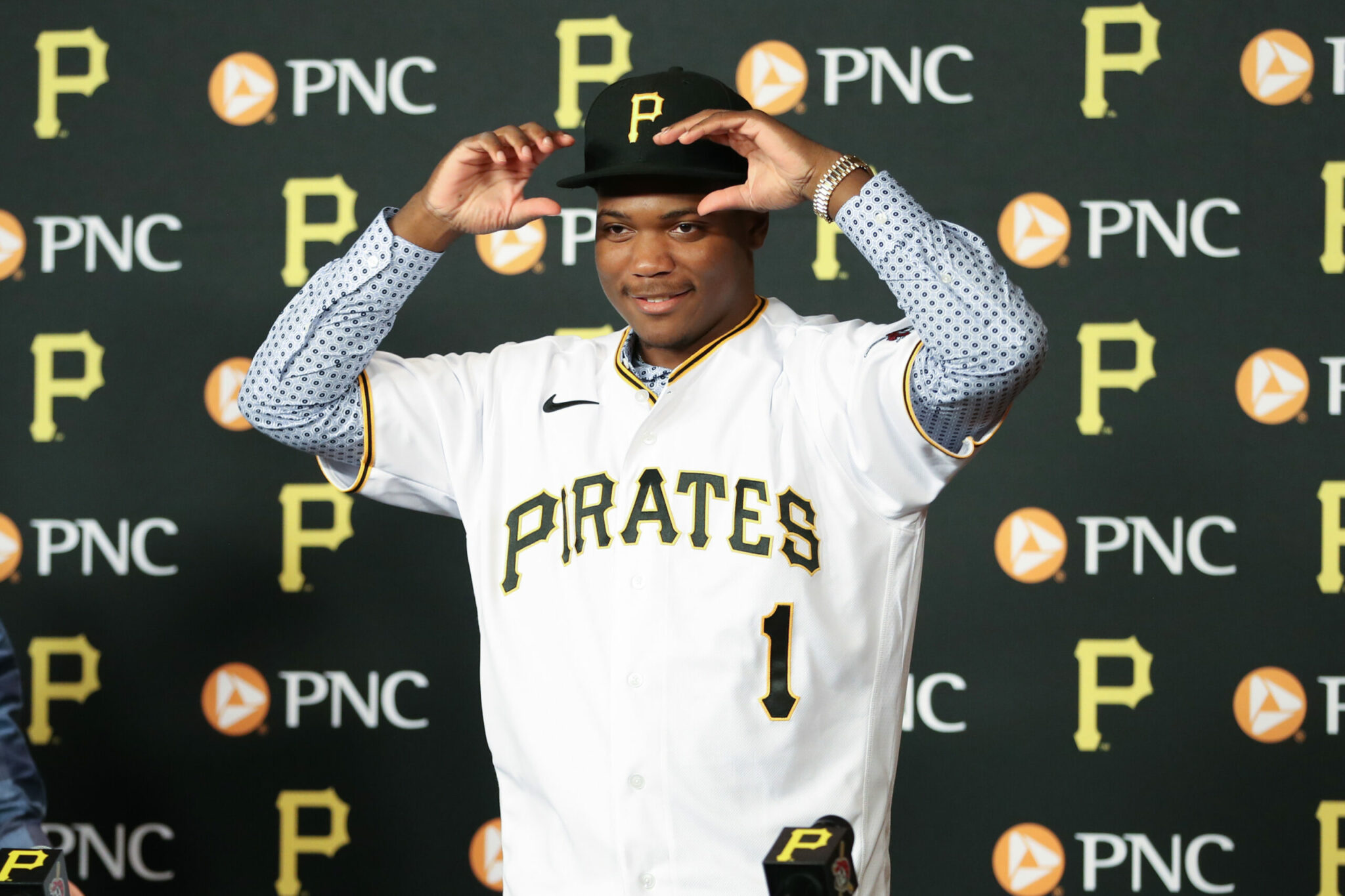 MLB Pipeline has recently updated their list of the top 100 prospects in baseball and the top 30 prospects for the Pittsburgh Pirates. The also updated the top ten prospects by position and the Pirates have four players on those lists.

While Henry Davis is the top prospect in the system according to Pipeline, the highlight of the position-by-position lists is Termarr Johnson heading the list of top second basemen. This year’s fourth overall prospect has played both shortstop and second base in his brief pro time. Many scouts believe that he will be a second baseman in the future, so his inclusion on this list instead of the shortstop list isn’t a surprise.

Johnson has company on the second base list. Nick Gonzales ranks as the fifth best second base prospect. He just recently returned to action after missing two full months with a heel injury. Even more recently, he had a four-hit game that included three doubles, with the final double leading to a walk-off win. He has a .261/.376/.402 slash line in 51 games this year.

Going back to Henry Davis, he ranks fourth among all catching prospects. He’s ranked 20th overall, so it’s clearly a loaded list for top tier catchers right now. Davis is expected to return to action soon after missing games for a second time this year with a wrist injury.

The fourth Pirates player to make a position top ten list is Quinn Priester, who is tenth among right-handed pitchers. He ranks 47th overall in baseball. He has a 2.50 ERA, 1.15 WHIP and 52 strikeouts in 50.1 innings over ten starts with Altoona this year.

Based on this year’s performance, the following players don’t deserve to be the Bucs top 30:

Would like to see Shackelford get some love from his breakout year & would’ve liked to see M Kennedy get some game time so that he could make a case for top 30. Also a couple lower level guys could’ve been swapped into the top 30.

What do you guys think

With the caveat that a list is just a list and largely based on personal opinion, the thing that sticks out to me is Priester at 10 for RHP. By my rough accounting there’s about 10 million RHP’s trying to make the bigs. Being tenth in that group is big.

Yes, in that category being ranked 10th is very impressive (though see previous note about my skepticism about their rankings ;)).

How about Gonzales turning it on. Great to see.

The recovery by him thus far and at the pro level with Keller and JT has been awesome. Might be ok after all.

At the pro level? All of these players are professional baseball players.

Most interesting to me is that they have Johnson’s ETA in Pittsburgh as 2025. He won’t be 21y/o until mid June of that year so they sure see him as progressing quickly. I hope they’re right and maybe more significantly I hope the front office doesn’t hold him, or any of the other prospects, back because of service time related issues.

They also have Endy Rodriquez as the #6 prospect. If I understood him correctly Tim plans to talk about Endy next week as being the Pirate’s top prospect. It’ll be hard to disagree the way he’s been playing lately. They don’t see his ETA until 2024 when he’ll be 24y/o. I know he’s a catcher and that’s a difficult position but dare one hope they just might consider moving him more quickly especially if he keeps playing the way he has been?

If Endy finishes as strong as he’s been playing at Altoona, it will be really interesting to see where they start him in ’23. With Davs’s missed time, I can see Endy as the top catcher at AAA and Davis the top catcher at AA to start ’23 which would make Endy’s arrival in Pittsburgh next season plausible. This could have the added benefit of giving him some time working with Burrows and more time working with Priester before they’re working together in the majors.

Agreed. I think Endy will be in Pgh by June of next year.

Hard to respect an outlet that doesn’t rank Endy in the top 10 at C.

I know, where’s the love for Endy. All he does is rake and his defense is top notch as well.