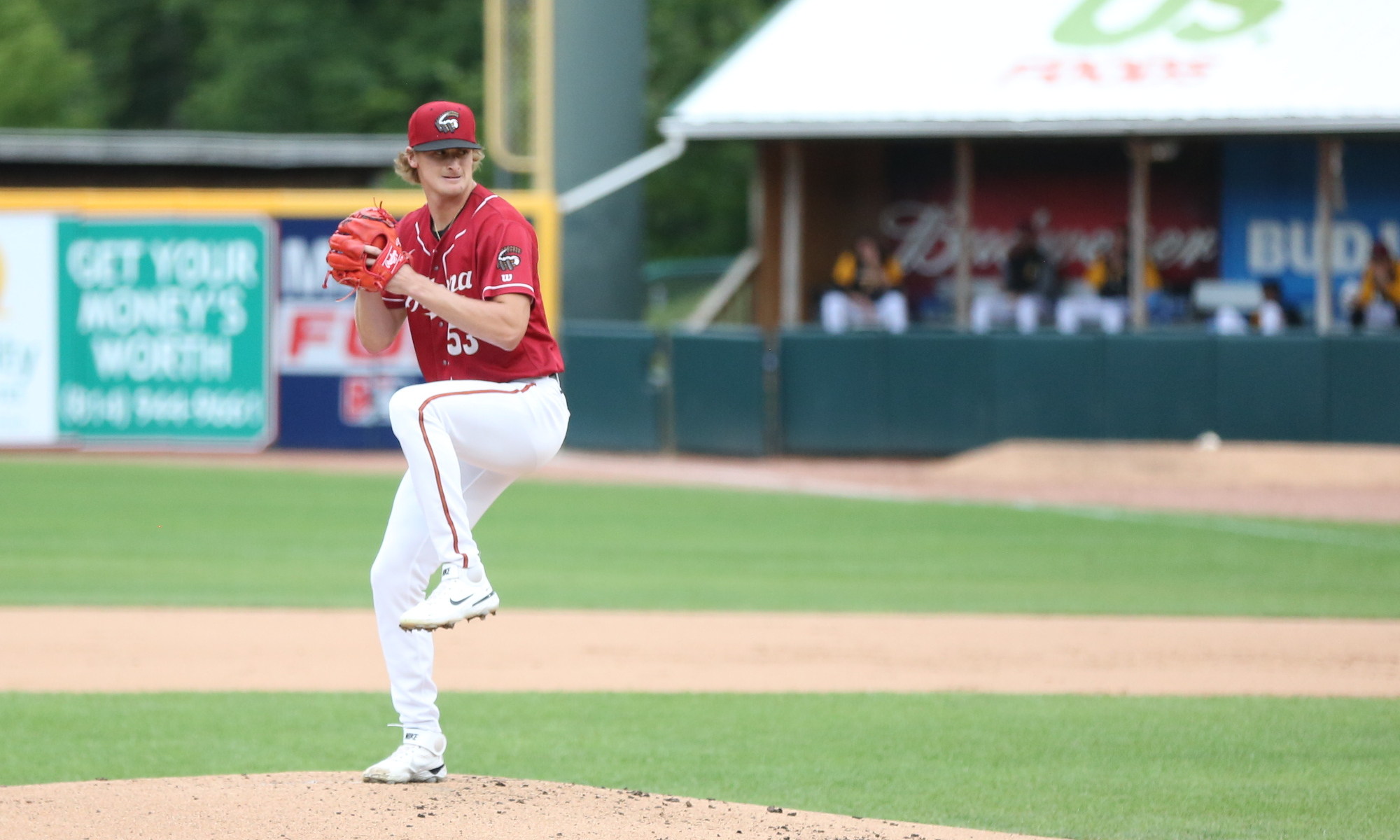 The Arizona Fall League announced their rosters on Friday afternoon. The Pittsburgh Pirates have a total of nine players headed to the league, including five position players and four pitchers. It includes three top ten prospects in the system.

Here’s a list of the players going, who will play on the Surprise Saguaros when the season starts next month:

Henry Davis – Catcher who was announced as going earlier this month. He missed time twice this year with a wrist injury, so he’s making up for lost time. He has an .843 OPS over 56 games this year, which includes time at four different levels due to rehab appearances.

Blake Sabol – He’s listed as a catcher, but he’s probably going to get work elsewhere too. This is an interesting pick because he didn’t miss any time. He’s played a lot this year, with solid numbers in Altoona and a strong start for Indianapolis over the last few weeks. He has an .848 OPS in 112 games this season, with two weeks still left on the Indianapolis schedule.

Matt Gorski – Another player who was expected to go due to missed time. He just recently returned from the injured list after missing two months, which limited his time against upper level pitching this year. Gorski was having a breakout season at the time of the injury. He has 24 homers, 20 steals and a .958 OPS in 78 games this year.

Nick Gonzales – Another player who was announced as going earlier this month. He missed two months due to a heel injury, but he’s been back for a month now. He was struggling a bit with contact before the injury, but he has an .878 OPS in 25 games since returning to Altoona.

Jacob Gonzalez – Would have never guessed this one. He started off in Bradenton, about two years too old to be in the league and performed like someone who shouldn’t have been in the league, crushing pitchers for a 1.128 OPS in April. He moved up to Greensboro and started off even better than he was doing in Bradenton, but he has cooled off for a long time. Playing in the hitter-friendly home park, he ended with a devilishy mediocre at best .666 OPS in his final 82 games.

Quinn Priester – He missed most of the first half of the season due to a late Spring Training oblique injury. Until last night, he was dominating Double-A Altoona. He’s going to be able to make up for missed innings. Last year he threw 97.2 innings. This year he had 81 innings, not including Extended Spring Training work as he built up to return to regular games.

Tahnaj Thomas – Thomas has been a starter in the past, but he’s been in relief this entire season. After a slow start, he’s been outstanding since June 1st, posting a 1.98 ERA, 41 strikeouts and a .215 BAA in 36.1 innings during that time.

Omar Cruz – He missed time this year, which has limited him to just 61.2 innings, after pitching 99.1 innings last year, with much better results when he was healthy in 2021.

Colin Selby – Selby also missed time this season, limiting him to 31.2 innings. He has underrated stuff, that will work if he stays healthy. He has a 2.27 ERA, 1.26 WHIP and 39 strikeouts this season in his limited time.

They haven’t in the past, but it seems easy enough for them to do. I think they don’t because it’s going on at the same time as the postseason. MLB Network will have a handful of games I’m sure.

You’d at least think they would either package into the MiLB streaming package are make it an add-on. It’s like an “all-star” showing of up and coming players on all teams and I would think a lot of people would be interested in that.

Some clues on who may or may not be protected after the season perhaps?

I’m just glad Mighty Quinn, Whiffs, and Tank are all going. Anyone else a surprise omission?

Nine?? Are they adding teams?

Nope, looks like the roster is just a little bigger though. All of the other teams (Phillies, Royals, Rangers and Astros) are sending few players than the Pirates

So, these are mostly guys who need more playing and this way they’ll get less playing time. Fits with this FO’s belief that the best experience is to not get experience.

They’d get more PT if they didn’t go to AZ? Please elaborate.

Um, no, they’d get more PT if fewer of them went. Please try to actually read the comments.