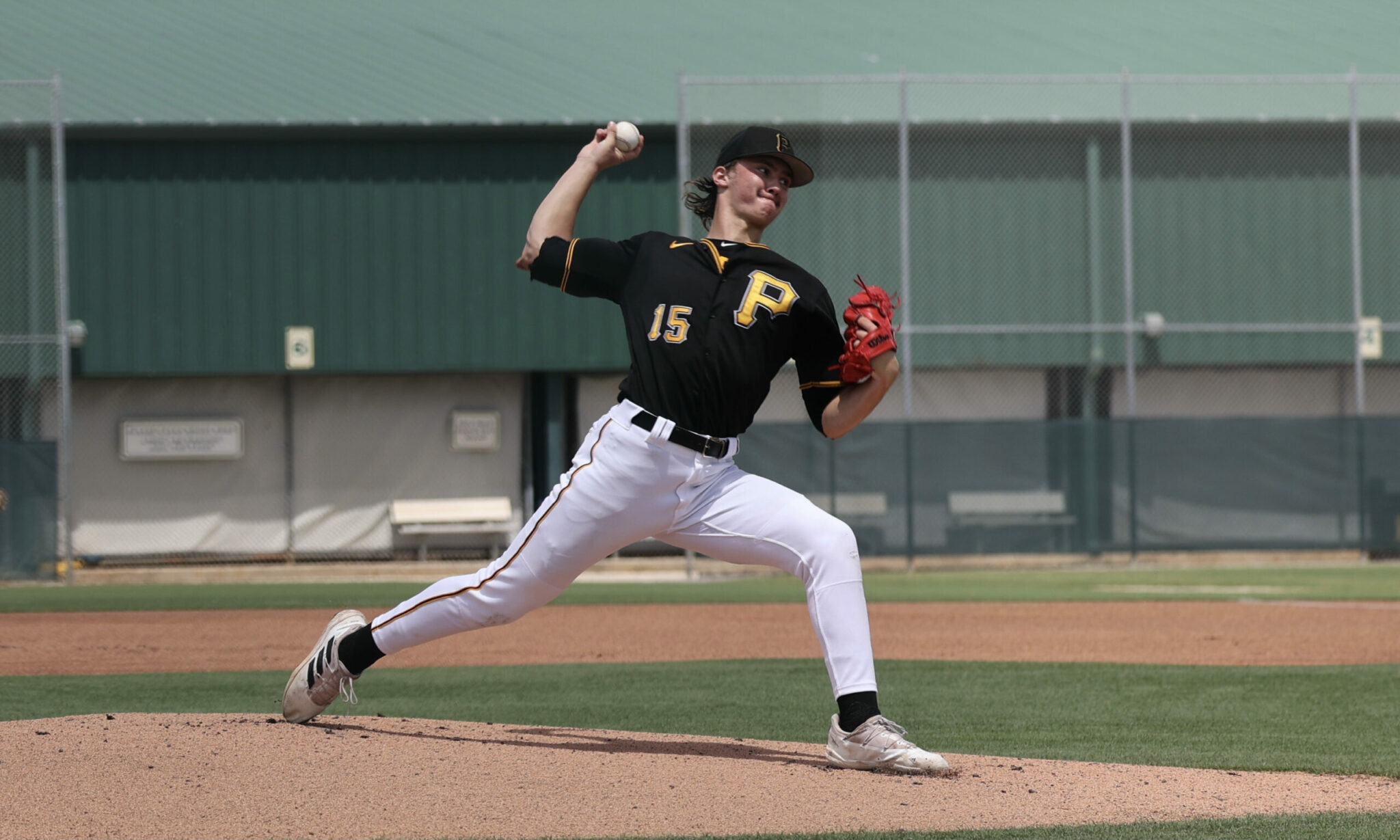 Baseball America started posting their rankings of the top ten prospects by leagues on Friday and they went with the Florida Complex League. The Pittsburgh Pirates are represented on that list by RHP/DH Bubba Chandler, who ranked as the second best prospect in the league.

Chandler made this list because of his pitching, which was outstanding during the FCL season. He did so well that he just barely qualified for the list, throwing 15.1 shutout innings on three hits, with ten walks and 27 strikeouts. He didn’t allow a single hit in his last three starts, totaling 10.1 innings. He also put up a .231/.444/.654 slash line in eight games as the DH. Chandler has been in Bradenton since mid-July, where he has a .574 OPS in 88 plate appearances, and a 3.68 ERA and 27 strikeouts in 22 innings.

The set minimums for pitchers (15 innings) and hitters (50 plate appearances) kept all but one 2022 draft pick off of the list, as Elijah Green was the only one who qualified for consideration. He ranked fourth in the league.

Our next Don Robinson, only 10 times better.

I’ll make a prediction that Shalin Polanco ends up better in the majors than a number of guys on that list. He still needs work but his potential flashes through at times and you’ve got to love what you see. In two separate games in Sarasota, I saw him hit ground rule doubles, one hop over the fence in straight away center field. This is the stadium the Orloles play spring training games. It will be interesting if he gets an aggressive push to the Marauders next year. My hunch is he starts in the FCL but will move across town pretty quickly.

I hope you are right. He is one of the first names I look for on when checking the Prospect Watch.

Long way away, but promising.

Who was numero uno? Is Bubba hurt? Seen he left his start early but didn’t hear anything since

Miguel Bleis (OF) from the Red Sox