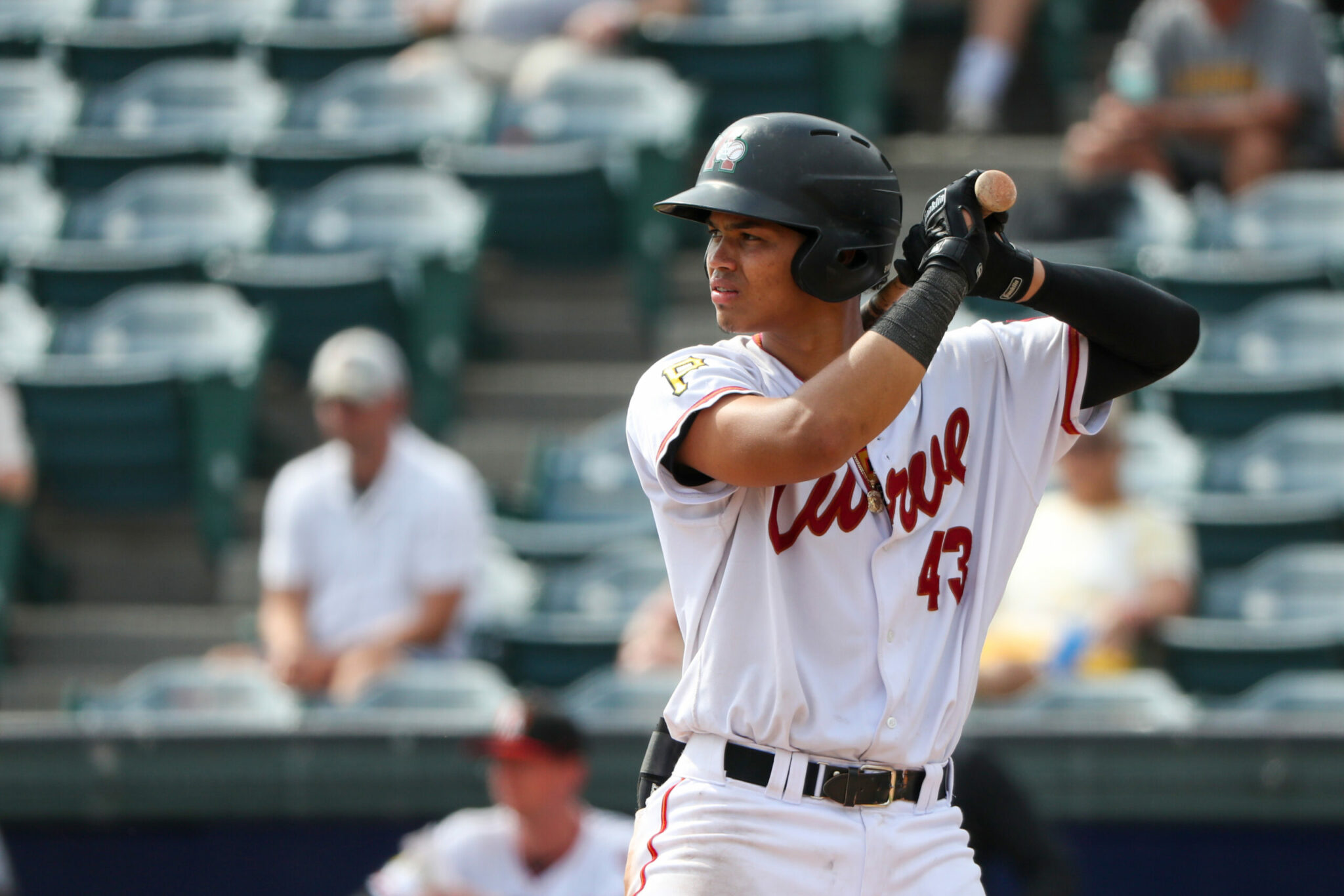 MLB Pipeline did a mini update to their top 100 prospects list yesterday, as one player graduated from the list, leaving an open space at the back end. They added Endy Rodriguez in that open spot. He did the same thing for Baseball America about two weeks ago.

While Rodriguez is now ranked #100 for Pipeline, this isn’t an actual re-rank of their list. Every time a player graduates, the next player up goes into the 100th spot. Rodriguez will likely move much higher once they present their updated rankings during the off-season, but for now this is just about him getting the recognition he has earned this season with a .317/.406/.580 slash line over two levels. The Pirates now have six of the top 100 prospects according to MLB Pipeline, with Henry Davis, Termarr Johnson, Quinn Priester, Liover Peguero and Nick Gonzales already on their list.

In other news, Oneil Cruz told the Dominican media yesterday that he plans on being the starting shortstop for Tigres del Licey of the Dominican winter league for the season, which starts next month. He has played winter ball three times in the past with limited time and mixed results, but that was before he reached the upper levels of the minors/majors.

The pitching in the Dominican league should be helpful for Cruz, as it’s a nice mix of pitchers who almost all have Triple-A experience, and many have made the majors. It’s basically like playing in a Triple-A league, with a lot of pitchers who throw off-speed pitches. Cruz has 116 strikeouts this season in 74 games, a full-season pace that would crush the all-time single season record for strikeouts in a big league season. That’s a pace of 254 strikeouts over a 162-game schedule, with the big league record being 223. Seeing an off-season of quality pitchers throwing him breaking balls at a high rate should be beneficial. More time at shortstop couldn’t hurt either.

Would have liked if it said he was planning on being the starting RF for his dominican team, though that would have been too much to hope for

I’m down with another year at Short to prove himself. Big Men take longer.

K rate just under 40%, an ISO the envy of corner outfielders, and defense on a rate basis that is among the worst at the position, all adds up to basically an average shortstop. Certainly one of the most interesting ways to get to average.

I get the feeling Oneil will be teasing us Pirate fans for the duration of his stay here, with a bunch of “if only he could”s.

And for the record: I’LL TAKE IT.

who you putting at SS next year, his best bud Castro? Castillo? Newman ?please tell me your not the newman guys
With 2023 looking like another tank year just let him boot and throw his way off the position. I do know this, Cruz, Castro and Andujar in the same infield will be a full tilt catastrophy. Can’t do this to the starters again, Castro made more gaffes that didnt show up in the scorebook than actual errors. He’s getting better but he is way to cocky for his numbers. Maybe try shopping him, would anyone be interested. He’s still young

Kinda like how Willy Stargell could never break 50hr even though he had that all-time-great power.

But seriously – you don’t think 2022 is the worst he’s going to look both in the field and at the plate? Because I sure do.

Who the hell knows. Dude is a sample size of one. It’s tempting to wishcast improvement, to think he’s so extremely bad at some things that a modest uptick in his defense or swing decisions would turn him into an all-star. Maybe.

The Pittsburgh Pirates head into the final week of their ...
56

Roansy Contreras started his final game of the season against ...

Unfortunately, his OPS has been propped up by the S,…