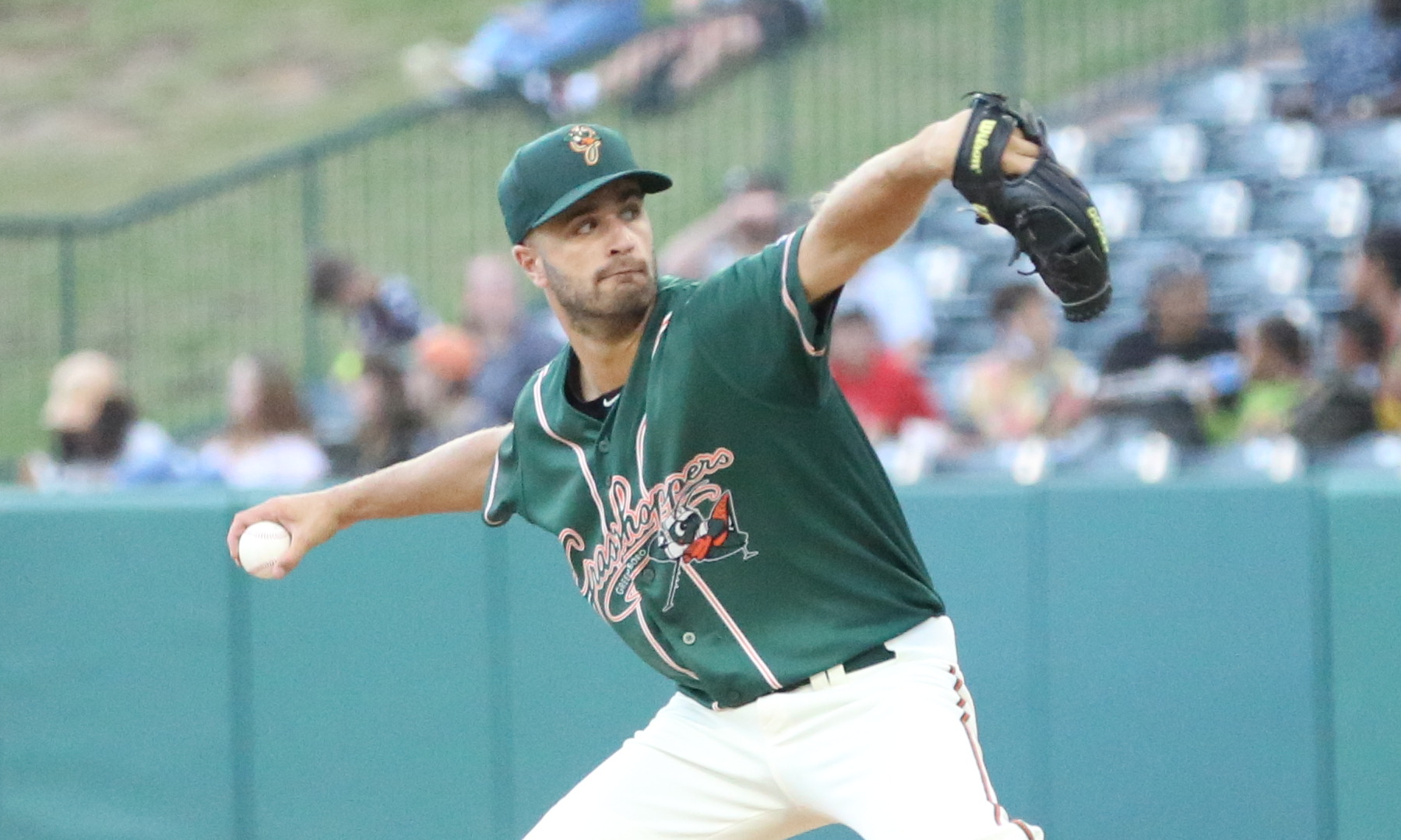 GREENSBORO, NC - I had a chance to catch up with right-handed starter Justin Meis in between two of his best starts of the 2022 season.

On August 30th, Meis threw seven shutout innings in Greensboro, giving up three hits and two walks, with six strikeouts. A day after I spoke with him, he returned to the mound to throw seven perfect innings across 75 pitches, with seven strikeouts.

Meis started the season in Single-A Bradenton, where he put up a 3.51 ERA in 41 innings. He hasn't made many adjustments to his game this year, but has been focusing on his execution of each pitch. He has a 4.44 ERA in Greensboro, but has been finishing the year on a strong note.

Meis has shown good spin on...

Still can’t believe they yanked him after 7 perfect innings and only 75 pitches.