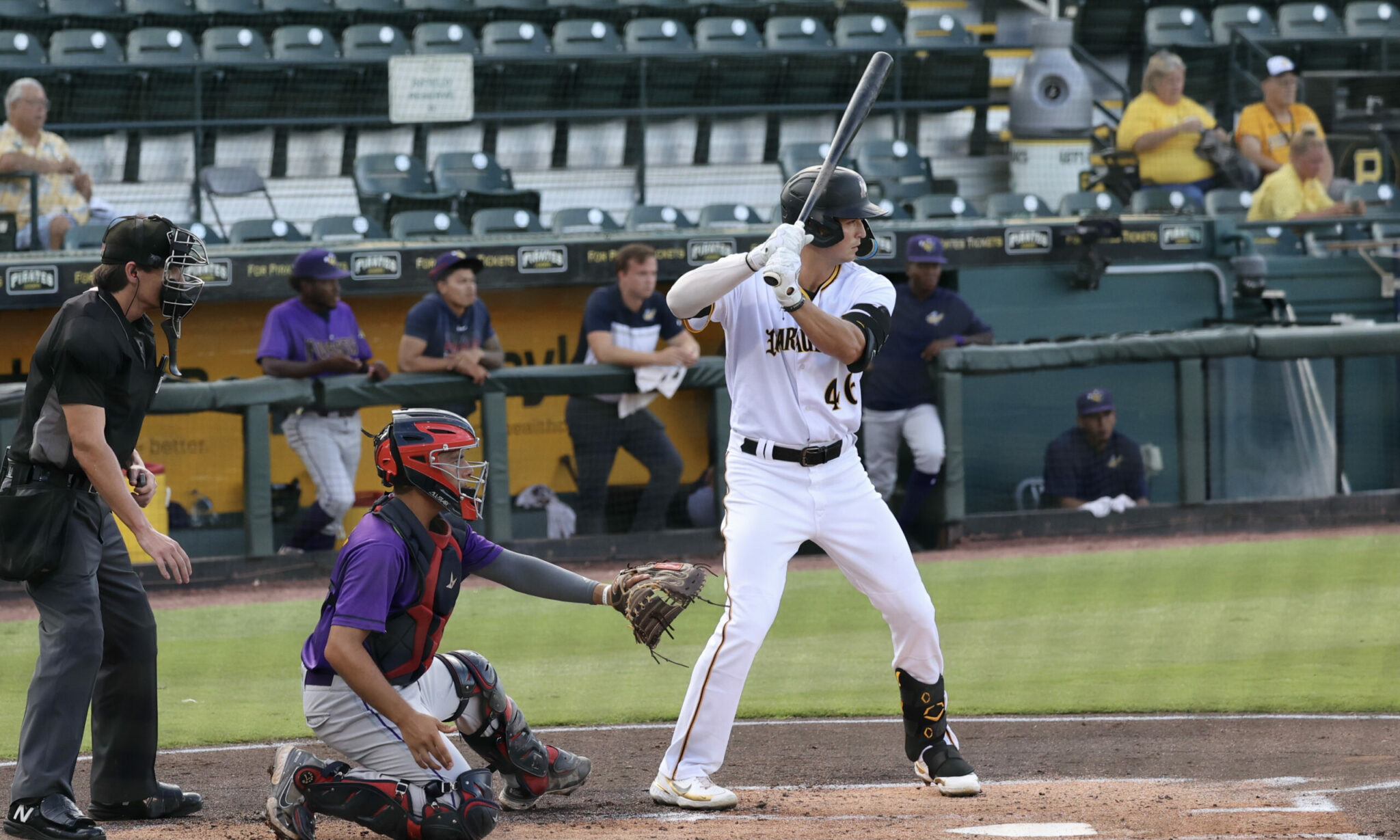 A few minor league moves around the Pittsburgh Pirates system today, with a noteworthy headliner.

Matt Gorski has been activated off the 60-day injured list and he returns to Altoona. His rehab appearances in Bradenton didn’t go well, but just the fact that he’s been back in action when his initial timeline for return thought he would be out for the entire season, is good news. He hit .177/.222/.353 for Bradenton. He had a .934 OPS in 30 games for Altoona before he was injured while running out a triple on June 29th. Altoona still has ten games left, and it’s possible that he joins Indianapolis for their final nine games after the Altoona season ends, giving him more chances to make up for lost time.

The Pirates picked up Zack Collins and Junior Fernandez on waivers yesterday and both are active for Indianapolis.  Travis Swaggerty and Taylor Davis have both been placed on the Temporary Inactive List for personal reasons.

Ryan Harbin has joined Bradenton for the first time, after playing his first three seasons in the GCL/FCL. He was an over-slot draft pick out of high school, who has made slow progress, partially due to injuries. The 21-year-old right-handed pitcher had a 5.02 ERA, a 1.67 WHIP and 14 strikeouts in 14.1 innings this season.

Pitcher Darvin Garcia has been assigned to the FCL Pirates to make room. This is a paper move and it’s possible he returns.

Dante Mendoza has returned to Greensboro after a brief absence. He had a 1.23 ERA for Bradenton this season, but his time in Greensboro has been rough, with seven runs in 3.1 innings over four appearances.

Pitchers Yoelvis Reyes and Sebastian Rodriguez were released. Reyes pitched with Bristol in 2019 and showed some promise, but he’s dealt with control issues in the FCL over the last two seasons. Rodriguez is a bit of a surprise because he did so well in the DSL last year that he received the very rare in-season promotion to the U.S. He also pitched extremely well in the FCL this season in limited time. He had some issues in Bradenton, though it was a small sample size.

FSL wasn’t ready for Harbin’s arrival, so the skies opened up

I had wondered if that may have been the case at times. Been quite a few snippets regarding his wife and daughter over the season, but didn’t want to lean in to it too much.

Indeed, though of course this leaves me wanting to know more.