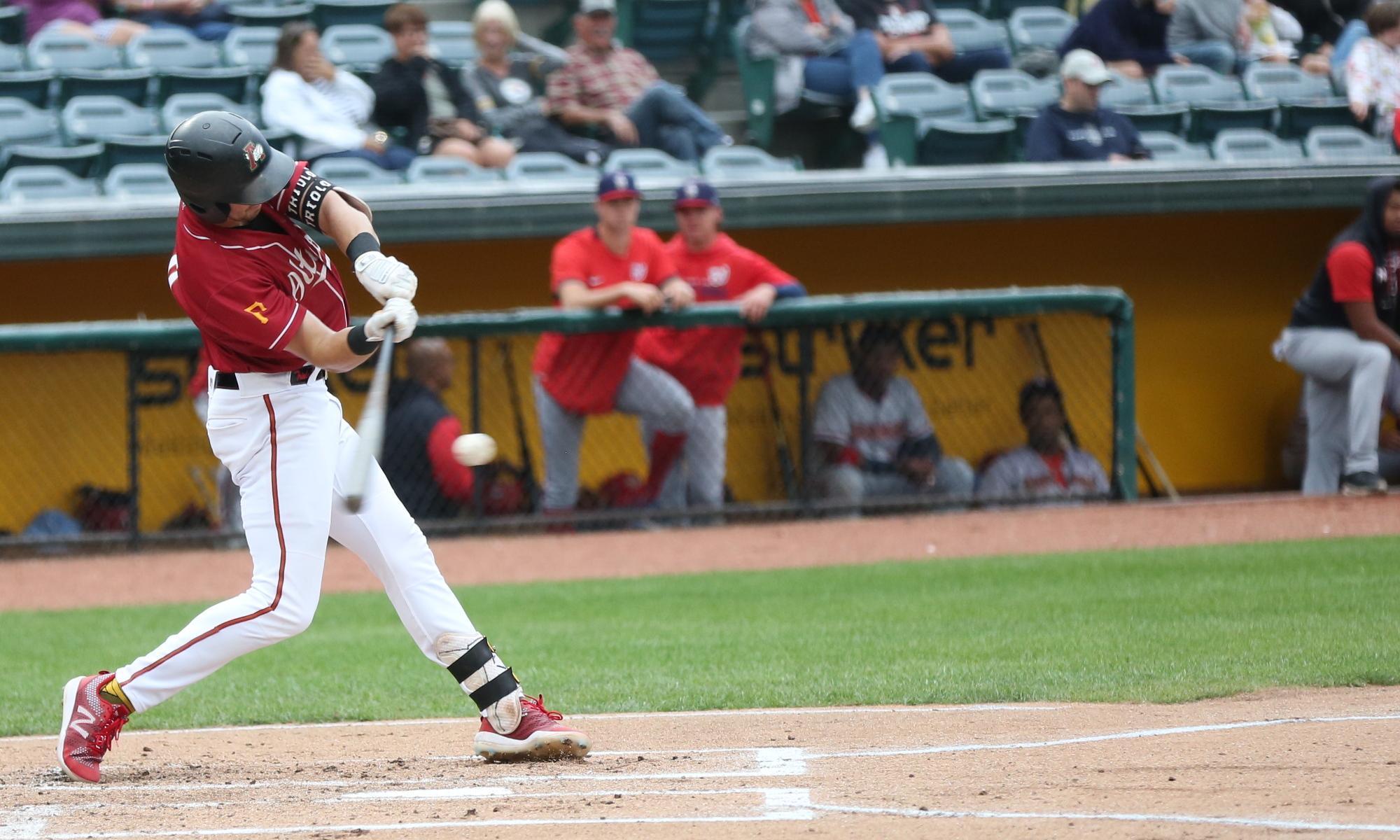 The Altoona Curve wrapped up their 2022 season with a loss, dropping the final game of the season 9-8 against the Reading Fighting Phils. That leaves just the Indianapolis Indians as the only minor league team playing in the Pirates system.

There was a lot of hype on the Curve heading into the season, as a good amount of their top prospects began the season at Double-A. That didn’t even include one of the system’s biggest breakout stars (Matt Gorski) and the first overall pick from a year ago (Henry Davis) joining them after the season started.

With the Curve not making the playoffs (finished second half 38-30, 71-60 overall), and keeping theme with the coverage of the other two lower level teams, here’s a look at the 2022 season, by the numbers.

— The Curve flexed their hitting muscles early and often this year, leading the Eastern League in batting average while finishing third in on-base percentage, and fifth in slugging. They set a franchise mark in stolen bases this season with 160, and finished fourth in the EL in the category.

— The pitching staff also posted a sub-4 ERA (3.97), which was good for fourth in the league. That’s impressive considering they finished 10th in strikeouts, but was at least offset with the second most ground outs recorded.

— Of the seven qualified (through plate appearances), only Blake Sabol, Aaron Shackelford, Jared Triolo, and Andres Alvarez hit above the league average OPS mark of .727.

— You can either make the argument that Triolo has finished second in the league batting title in back-to-back seasons now, or that he won it by default. For the second straight year, Triolo finished second in the batting title race, but the player who was first non longer was in their respective league by season’s end. Last year Matt Fraizer had moved on to Double-A, kind of leaving Triolo to win by default. That’s the same case this year, except it’s Brett Baty that made his way up the ladder but stayed qualified at the Double-A level.

— Liover Peguero didn’t put up the best batting slash, but finished sixth in stolen bases, and picked up the fifth most hits in the EL. Triolo and Alvarez also topped 20 stolen bases, giving the Curve three players to reach that mark and also three to make the top 10 in that category.

— One last interesting set of numbers, Ethan Hullihen posted out a spreadsheet of who played what position this season and how many games at each.

Altoona, if you're so inclined: pic.twitter.com/YacO0Rnb67

It’s a good look at who played where, and who they had move around, something the Pirates put an emphasis this season.

Could Be Saying Something, Could Not

We know that the Pirates are going to bring some players up from Altoona to Indianapolis with Triple-A in their last week of the season. For what it’s worth, it could be telling that Endy Rodriguez, Matt Gorski, and Liover Peguero were all given Sunday off, which would be weird with it being the last game of the season — it could also very much mean they will be making the move to Indianapolis this week.

The pitchers would be less clear, but the Curve did go with a bullpen game on Sunday, freeing up most any pitcher to make the jump come Tuesday.

No worries Anthony, but without knowing this was being posted, I wanted to make clear it’s not “played” but “started”. I’m sure there would be differences if in-game changes were included.

Looking at the chart where the players played during the season I was surprised Triolo didn’t play some games at first base. I figured if a player can handle third base he could easily move across the diamond. Now that the Pirates have acquired Nunez from the Cardinals, they may now have someone to play that position. In my opinion I have my doubts that Mason Martin can be a starting first baseman in the Majors.

Hoping Triolo can become our third baseman of the future. 🙂 🙂

After popping in a few sunflower seeds and pondering this, I’m going to respectfully disagree.

Much better if Hayes makes necessary adjustment to swing in order to produce better offensive numbers. He’s a 3 WAR player with current offensive output. Realistically he could be a 5 WAR player next season.

I have a feeling that yours won’t be the last dislike I get, lol, I disagree with your last sentence, tho. He has demonstrated very little ability, since his opening Sept salvo, to be a good hitter. Triolo, while not on a par with Hayes, is a very good fielder. If he shows that he can hit better than then Hayes, HE is my third baseman.

There was a growing dislike all over the web and Twitter. I think his sunflower seed incident just magnified it. Perhaps his big contract went to his head?

It is not the seeds but the bat that is causing the concern about him.

I may often be down on this team but I’m not there yet with Hayes. He seems like a good guy and both he and his father have made for great interviews. This is really the first full season for Hayes and time will tell if his offensive woes can be turned around.

The 2020 mess of a season gave us all some unrealistic expectations that Hayes would be the savior of the franchise. Trout and Ohtani are proof positive that one or two even GREAT players do not make a good team. The drum beats on … it takes money and some signings from outside the organization to put together a competitive team in the current climate.