P2Daily: Checking In On The Catcher Rotation In Altoona 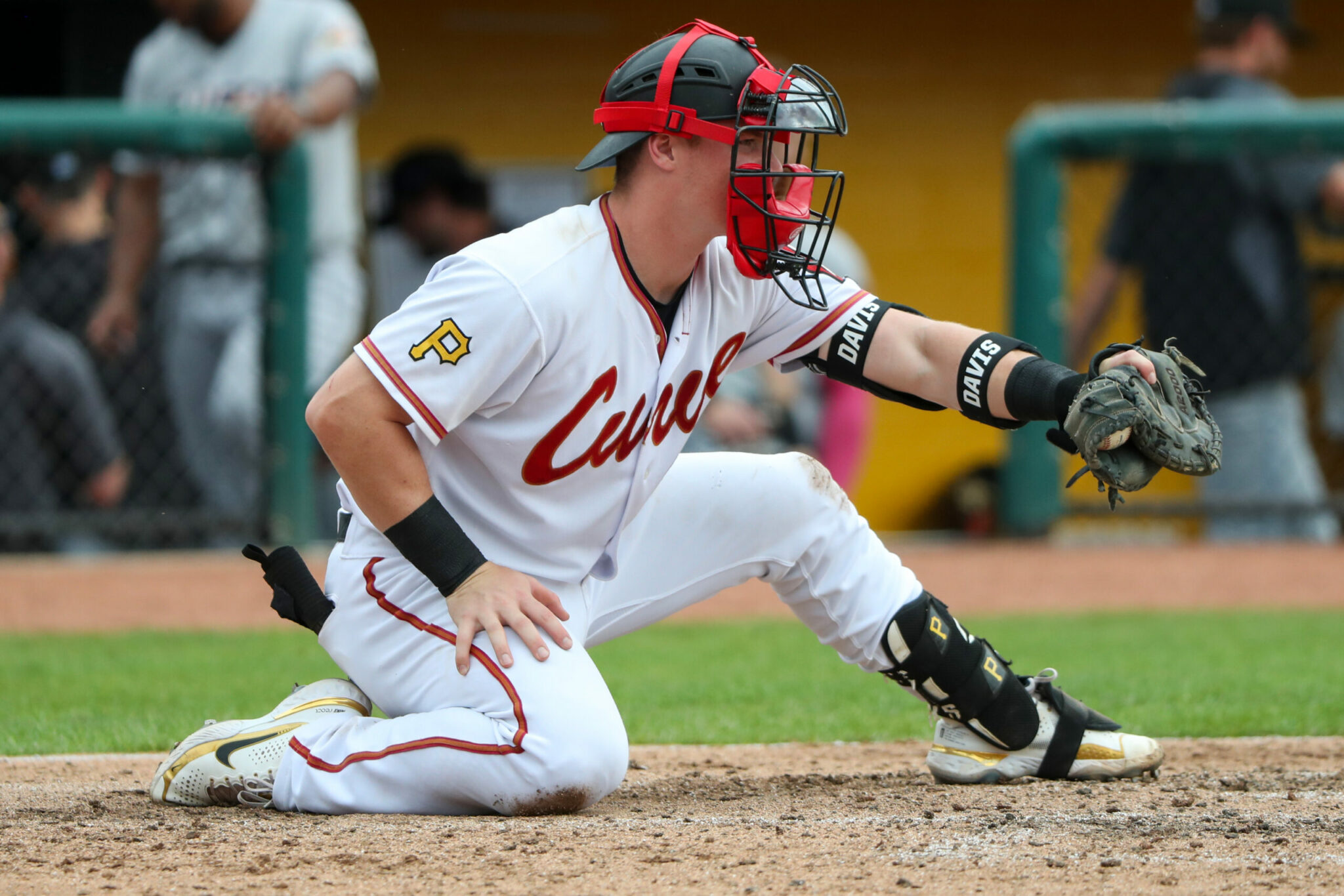 The Pittsburgh Pirates have one of those good problems brewing in Altoona right now for the Curve. Last year’s first overall pick Henry Davis has returned from a lengthy IL stint, and is starting to look more and more back to full strength.

He’s joined by a teammate of his to start the year back in Greensboro in Endy Rodriguez. When they played together with the Grasshoppers, Davis got the bulk of the work behind the plate, with Endy bouncing around the infield and outfield.

Since then, Rodriguez has emerged as not only one of the best prospects in the Pirate system, but was recently added in as a Top 100 prospect on Baseball America. Both are primarily a catcher, but due to Davis’ draft status, along with Endy’s versatility, it would have been a safe bet to assume the playing time would start to get split up like when they were in Greensboro together.

What we’ve gotten is a brief glimpse at what a potential rotation might look like should the two eventually meet up again as teammates down the road in Pittsburgh.

Since Davis was activated on August 30, they have been on the roster together in Altoona for nine games now – playing together in seven of those games.

Davis working his way from an injury, so it would make sense for the Curve to ease him back into the field, and shouldn’t be that much of a surprise that Endy has taken the majority of the starts behind the plate, for now.

Rodriguez has played both in left field and first base in the minors, but has yet to do either with the Curve. He did get into his second game at second base, the first since Davis has returned to the lineup.

Recently it was announced that Davis would see some time in the outfield before the end of the season, only expanding the potential options the team has in getting them both in the lineup at the same time. Justice delos Santos recently grabbed some video of the former first overall pick doing some outfield drills pregame.

Henry Davis getting in some pregame outfield work pic.twitter.com/OTQ8qAUr2D

Davis and Rodriguez are two of the best hitting prospects in the Pirates system, the fact that they both play the same position is great for the depth in the system.

The two working on being able to be successful defensively away from behind the plate can only help the Pirates lineup and ease the stress that the position already brings with it.

At the beginning of the season it looked like they wanted to separate them after a while so they can continue to develop on their own. At this point, with the leap that Rodriguez made this season, it seems like a better development tactic to keep them together and continue to explore how much to flex them into the same lineup.

Today: Pirates Discussion: Is It Spring Yet?

I jus thought I’d toss this in here:

Dreaming of these two playing in the Burgh together as early as next June.

Endy maybe….Davis can’t seem to stay healthy enough to get a full season of ABs in. I see him as more of a (hopefully) 2024 guy? But yeh, if they’re both the real deal, and Gonzales, Bae, Peguero, Gorski, Mitchell, TSwags, et al, realize their potential, we might have some hitting in the burg? That’s a LOT of ‘if’s’, tho.

I don’t disagree with that thought but I assumed Davis is definitely going to the AFL to get some extra reps.

I wonder why Davis isn’t getting some action at 1b? Is he fleet enough afoot to PLAY the OF?

RF and DH and emergency catcher probably. He’s not fast,but he’s not lumbering, so he can play the position IMHO. But he’ll have to learn how first. Routes, techniques, and décision making matter.

Probably want to keep his arm in play. Not much use for a strong arm at first.

Unfair! He gets the ball into short LF really well.

It’s amazing how drastically the catcher position has changed throughout the entire system.
I would seriously look at extending both this off season just to get rid of the super 2 cloud

Extend both? Won’t ever happen. Nor should it.

They both need to show they can perform vs MLB talent before even thinking about extending them. And the simple truth is, like it or not, this franchise will always be mindful of Super 2 w/top prospects. They proved it yet again with how they handled Roansy’s service time this year. Prepare yourself for Burrows, Priester, Endy, Davis, Nicky Sticks, Peguero, and probably others to be managed similarly in the next season or two.

It’s a pipe dream to think all of a sudden this organization will change its’ economic philosophy.

Yeh, how’s the KeBryan Hayes extension working out? Sure, he can field, but he can’t hit worth a lick. Maybe if he quit being Ke’Brittle??