P2Daily: Indianapolis Getting Power From The Catcher Position In September 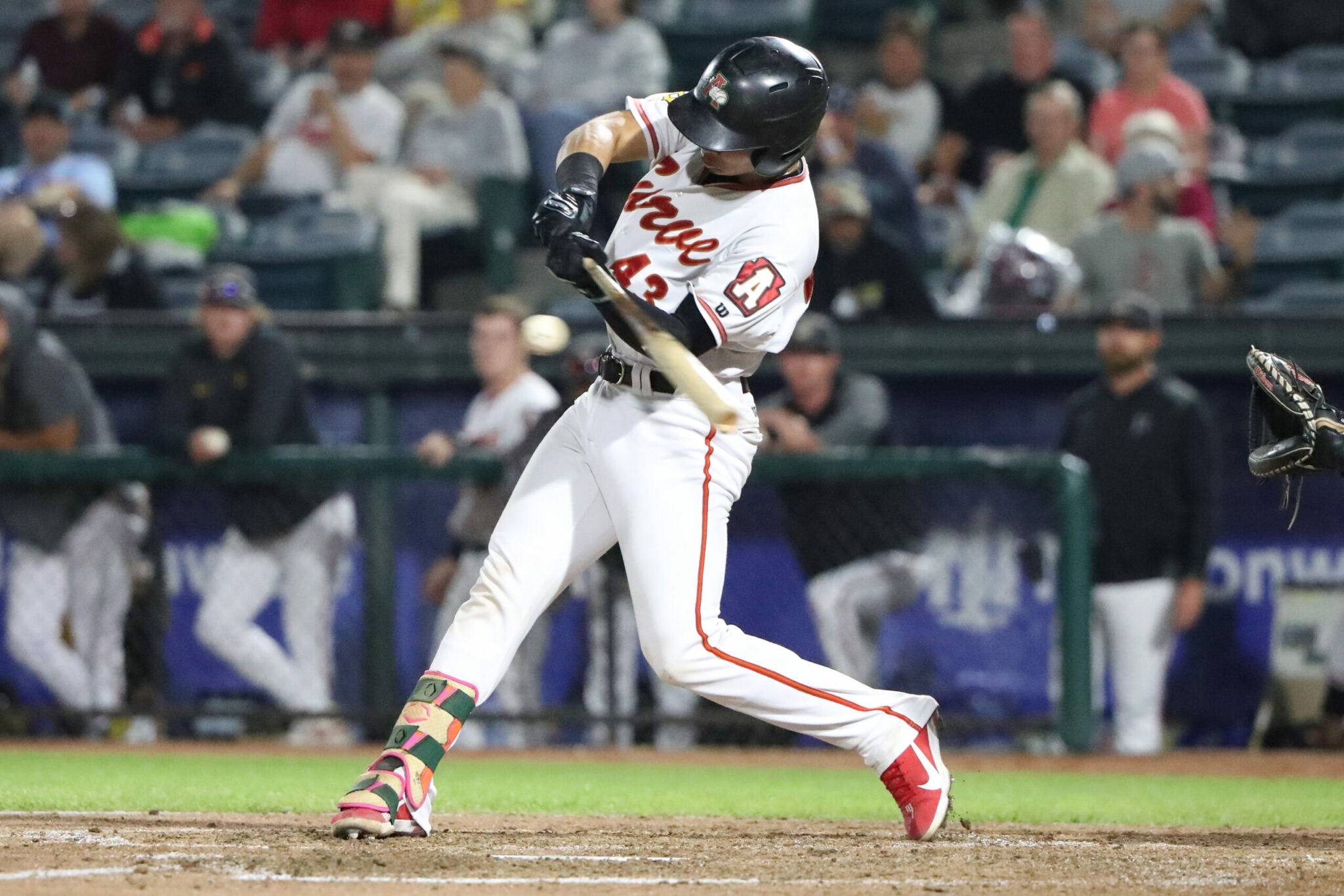 The Indianapolis Indians got a boost on Tuesday as the Pirates called up six players from the Altoona roster to finish up the season in Triple-A. One such player was Endy Rodriguez, the breakout player in the system this year.

Rodriguez didn’t waste any time getting acclimated to Triple-A, picking up a pair of hits along with an RBI on Tuesday. He’s certainly going to bring an offensive boost to the team in the last week of the minor league season.

That’s not to say the Indians haven’t been getting contributions from the catcher position as of late.

Indianapolis has as many as four or five catchers on the roster at any given moment, but the primary catchers over the past month have been Carter Bins and Jose Godoy. Blake Sabol has played five games behind the plate in September, but has seen the majority of his time in the outfield.

While neither have been known for their offense throughout their career, both Bins and Godoy are flexing some of the pop they do have in their bats in September.

The pair combined to hit .375 (18-for-48) with seven extra-base hits, and 12 RBI in September. Godoy has half of his minor league home run total this month alone — all in five games played. It’s been a struggle for Bins to keep afloat above the Mendoza line, but is batting .345 this month and has reached double digits in home runs during his time in Triple-A.

While it wouldn’t be surprising to see Rodriguez start the majority of the games behind the plate to close out the season, Indianapolis has plenty of options to catch.

When Ben Cherington took over as GM there was a glaring hole at the catcher position, something he’s done a great job addressing, and that’s starting to show even with the depth players.

Putting Players In The Best Position To Win

That Tuesday night Pirates game was particularly frustrating, obviously, with the Yankees winning by way of a walk-off Grand Slam by Giancarlo Stanton. The Pirates blew a lead in the ninth inning, and this game had a couple of examples of not putting people in the best position to win.

The most obvious one was Wil Crowe pitching in the ninth inning. Crowe made the switch to the bullpen this year and was fantastic to start the season. When David Bednar went on the injured list, the Pirates decided to give Crowe some added appearances in high leverage situations, something he has struggled with — as we saw on Tuesday.

There are times that the Pirates seem to be heavily involved in analytics. Crowe’s struggles doesn’t even seem to fall into analytics, as it’s very obvious of his inability to get hitters out in the later innings. In fact, 27 of the 32 earned runs he’s allowed this season has come in either the eighth or ninth inning.

Yet they continue to use him in those situations.

The other happened in the outfield, as the Pirates continued the Diego Castillo outfield experiment, which cost them two runs on the night. Castillo is an interesting player because he’s had some success at the majors, but falls into that crowded middle infield picture. Him playing the outfield may actually be his last opportunity to stick with the team, but if that’s the case, why wasn’t that a priority when he was sent to Indianapolis?

Obviously this team wasn’t built to win this year, but that doesn’t mean the entire year should be spent moving puzzle pieces all over the place. At some point you have to put them in the best position to succeed. They didn’t, and it cost them a win on Tuesday, as well as a much needed morale boost.

First Pitch: The Pirates Are Bad, But Let’s Not Take it Out on Their Best Player

Maybe the team wasn’t built to win this season – but isn’t that the point! Shouldn’t MAJOR LEAGUE baseball teams actually build teams to win? And shouldn’t MAJOR LEAGUE managers be all about winning? What happened to firing managers who can’t win? Oh, I forgot, that’s for teams like the Cardinals or the Yankees. Even the Angels fired their celebrity manager (Maddon) for losing and they’re not exactly the best mold for putting together good rosters! People joke about “the Cardinal way” but they do have a track record…

These comparisons aren’t even in the same ballpark, of course the expectations are going to be different.

So maybe bob should invest in TV networks instead of newspapers

This is precisely why I think FSG bought the Penguins, wouldn’t be surprised if they’re trying to create some sort of RSN to capture additional revenues. I just hope there is some sort of partnership with the Pirates.

It should be the point! Maybe it’s debatable about whether we should give Cherington three years of not trying to win as he ‘builds his base of talent” but if we’re not all out trying to win next year, then we have a real culture problem under this management team.

Sums up my top frustration with this season and concern about Shelton:

“Obviously this team wasn’t built to win this year, but that doesn’t mean the entire year should be spent moving puzzle pieces all over the place. At some point you have to put them in the best position to succeed. They didn’t, and it cost them a win on Tuesday, as well as a much needed morale boost.”

I wouldn’t mind seeing Roberto Perez in black and gold again next year, but we’ve hopefully seen the last of the dumpster diving for depth at catcher. All of these guys should be getting looks in Pittsburgh soon.

Dude can’t stay healthy. Any money thrown his way is a waste.

TSwag could’ve been playing RF with Castillo remaking in Indy.

Better yet, put tswag in center with reynolds to left