P2Daily: Jared Oliva Piling Up The Hits Late In Season 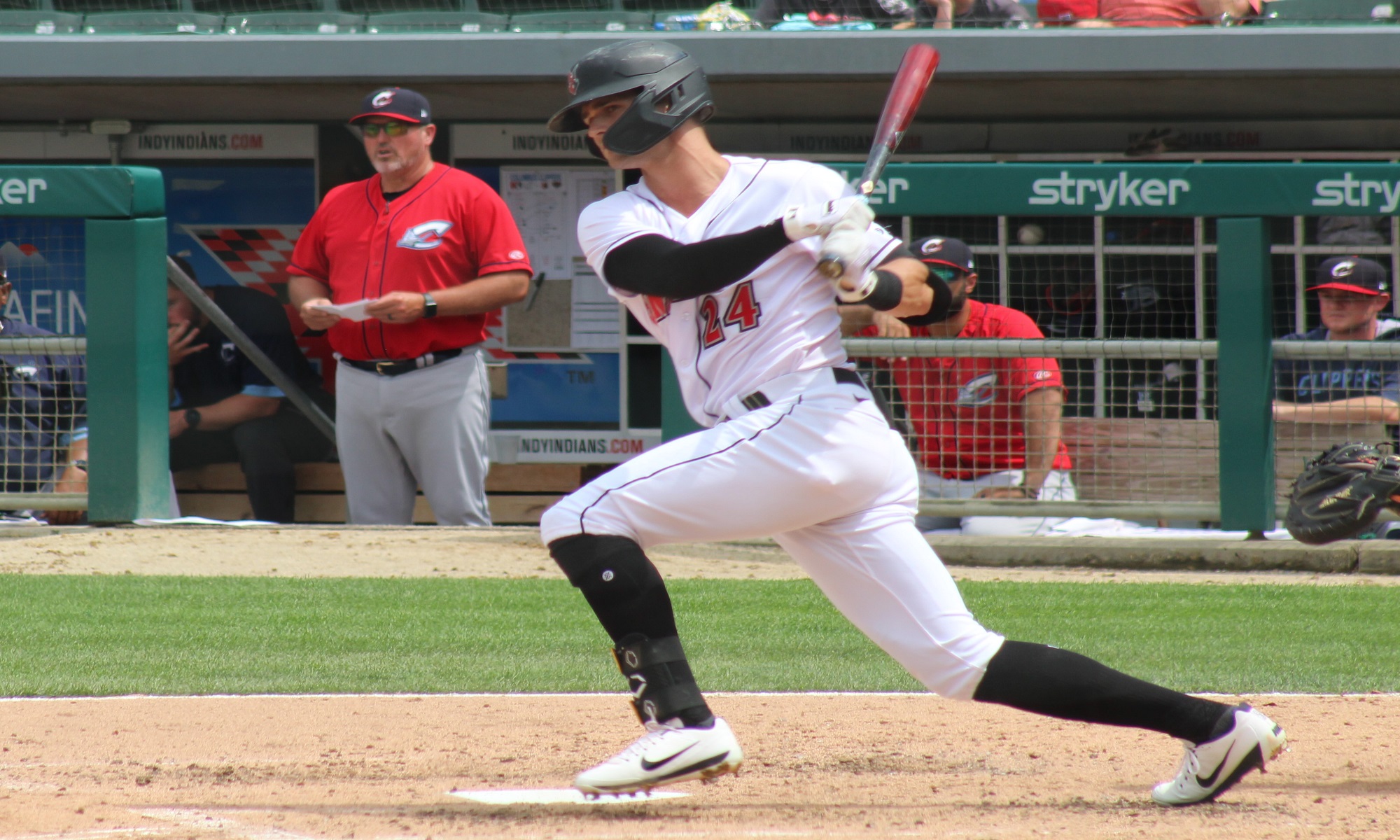 The year didn’t get off to the best of starts for outfielder Jared Oliva, as he was designated for assignment by the Pirates before the start of the regular season.

He didn’t hit well either for Indianapolis Indians out the gate, posting a batting slash of .214/.269/.362 through the end of July, and really becoming just a Triple-A filler as other outfields were shuttled back-and-forth from the minors to majors.

To his credit, he didn’t let it hold him down for the entire season.

Oliva has been picking up hits in bunches since the start of August, reaching safely in 14 of the 18 games he’s played since then. Of those 14 games, he picked up multiple hits in eight of them. He currently on a five game hitting streak, with four of those also going for multiple hits.

Wednesday saw Oliva go 5-for-7 across two games during Indianapolis’ doubleheader. He scored two runs, and picked up a RBI double in the second game. That hit gave his team just enough cushion to secure the victory.

— If that was the last time that Anthony Solometo takes the mound in 2022, what an awesome way to wrap up such an impressive professional debut. The left pitched five shutout innings, allowing a hit while walking three and striking out five.

There are times he looks so much more advanced for a 19-years-old, and will be something I got more in depth on in the coming weeks, but if you could have mapped out the perfect year for a 19-year-old to have in Single-A what Solometo did wouldn’t have been too far off.

— In what was more of an odd stat line, Greensboro managed just three hits on the night – all of which went for doubles. Mike Jarvis, Abraham Gutierrez, and Sammy Siani all doubled, but the Grasshoppers were still shutout.

— Mason Martin hit his first home run since July 26 in the first game of the double header on Wednesday. After such a disappointing stretch the last few months, the home run was a good reminder of just how good he was to start the year, as he still has 16 home runs after not hitting one for over six weeks.

— One guy I’ll be interested in seeing a more extended look at next year will be Drew Irvine, the Pirates 19th round pick in 2021 out of Iowa. He didn’t make it to Bradenton till August, and gave up four earned runs in his first three innings but has put together four consecutive scoreless appearances (8 1/3 IP). He struck out five batters in two innings on Wednesday, allowing just a walk in the process.

“The Pirates do it right. They’re rebuilding the right way.”

Curious as to what Martin’s BA/K/BB numbers look like sbetween these two HRs. Wonder if he has been focused on making better contact.

That walk rate is really encouraging, especially since that’s kind of been his thing. Batting average isn’t horrible either. Strike outs are kinda of what they are

Was hoping someone would do the work for me LOL. I feel a little bit encouraged by those numbers. Hope he can maintain or improve those while adding the power back.

Imo a K% around there is acceptable with that high of a BB% if he were slugging at a high level as well, what do you think?

If he can walk 15% of the time I’m absolutely ok with the K rate. Just needs to hit for a little more power at that point

Wish we had batted ball data.

ronnie having a normal one.

Same. The fact that the only available data we get is from Single-A is really unfortunate.

Feel like he should be pushing 30 at this point.

Seriously. I thought the same thing. Maybe they can claim him off waivers from Korea in a few years. I do wish him all the best.

I hope that Solometo’s stuff continues to play up as he rises thru the system. I’ll be looking forward to your in-depth review on him, AM.