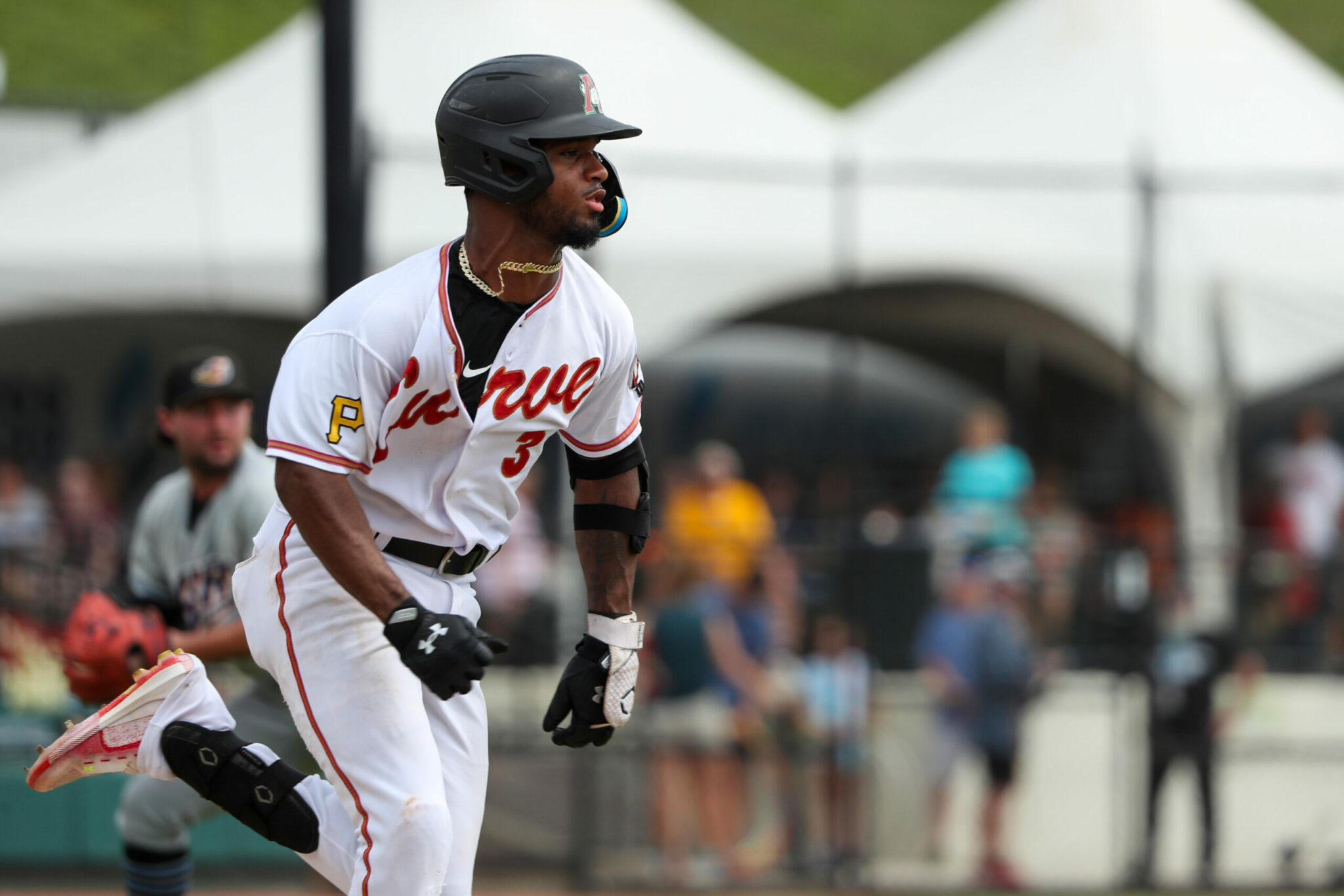 It’s really been a wild ride of a season for Pirates shortstop prospect Liover Peguero. He started the season by establishing himself as one of the better hitters in the Eastern League, despite also being one of the youngest.

Now down the stretch he’s really struggled, not nearly being as productive as he was when the season began.

Not counting Tuesday’s night game, Peguero is at a near even split when it comes to plate appearances before and after he spent that weekend in Pittsburgh as an emergency call-up, making his major league debut during that time.

Overall, the counting numbers are like night and day since coming back from making his major league debut. He isn’t nearly hitting for the power that he did before, and his batting average is 70-points lower in the second half compared to the first.

Maybe the only complaint that you could have about Peguero’s offense during the first half of the season was the lack of walks, posting a 2.9% rate before his pitstop in Pittsburgh. Since that, he’s basically back to his career minor league rate (6.6% career, 6.7% post Pirates debut).

He’s also shaving a couple of points off his strikeout rate, and while 22.8% for the first half is still lower than his 2021 mark, a good week at the plate against Erie and he could drop his post-debut mark underneath 20%.

The last number of note is his BABIP, and when at first glance it would generally explain a lot. His BABIP of .363 in the first half is usually a number that isn’t maintainable, and while a near 100-point drop is a little steep, it usually isn’t a surprise to see a decline of some sort.

While it’s unfortunate he couldn’t sustain the success he had at the beginning of the year throughout, there are least some building blocks in his struggles that he can go back and find some things he did right. It also has to bring up the question on if Peguero spending time in Pittsburgh had anything to do with him falling into his slump, or if it was just bad timing.

Regardless, this comes across as another example of development not being linear, and a reminder on just how young Peguero was playing in Double-A, as Baseball Reference has him nearly three years younger than his competition.

His season in a microcosm: This week, he goes 4-5 then 0-5 the very next game. Will the real Peguero show up? Will the Marte trade bust (Malone can’t stay healthy)? Prospects will break your heart. Meanwhile, Marte keeps motoring on and on.

Honestly, what a better comp for Peguero’s best case scenario.
Took Marte several years to mature into n approach that worked for him, and that seems like all we can hope for with Liover.

I wonder whether the short mlb cameos are a good thing psychologically for every prospect? For some players that’s the pinnacle for their careers. But for the legit prospects, is it better to just grove them a long run in the pros and let them work through the ups and downs? That the other way is only going to give you a distorted short sample size view – maybe you leave feeling overwhelmed and doubting your abilities, or perhaps your just so disappointed to have a quick visit, and you feel you are above the minors and lose motivation to perform well there?

Most likely players don’t even think like this at all and believe they can succeed wherever they are. But interesting question none the less. I’m sure the counter argument is any mlb exposure time is a good thing. It just feels like we see often people hit the majors, then get sent down and struggle (i.e. Suwinski).

At least he can say he played in the majors.