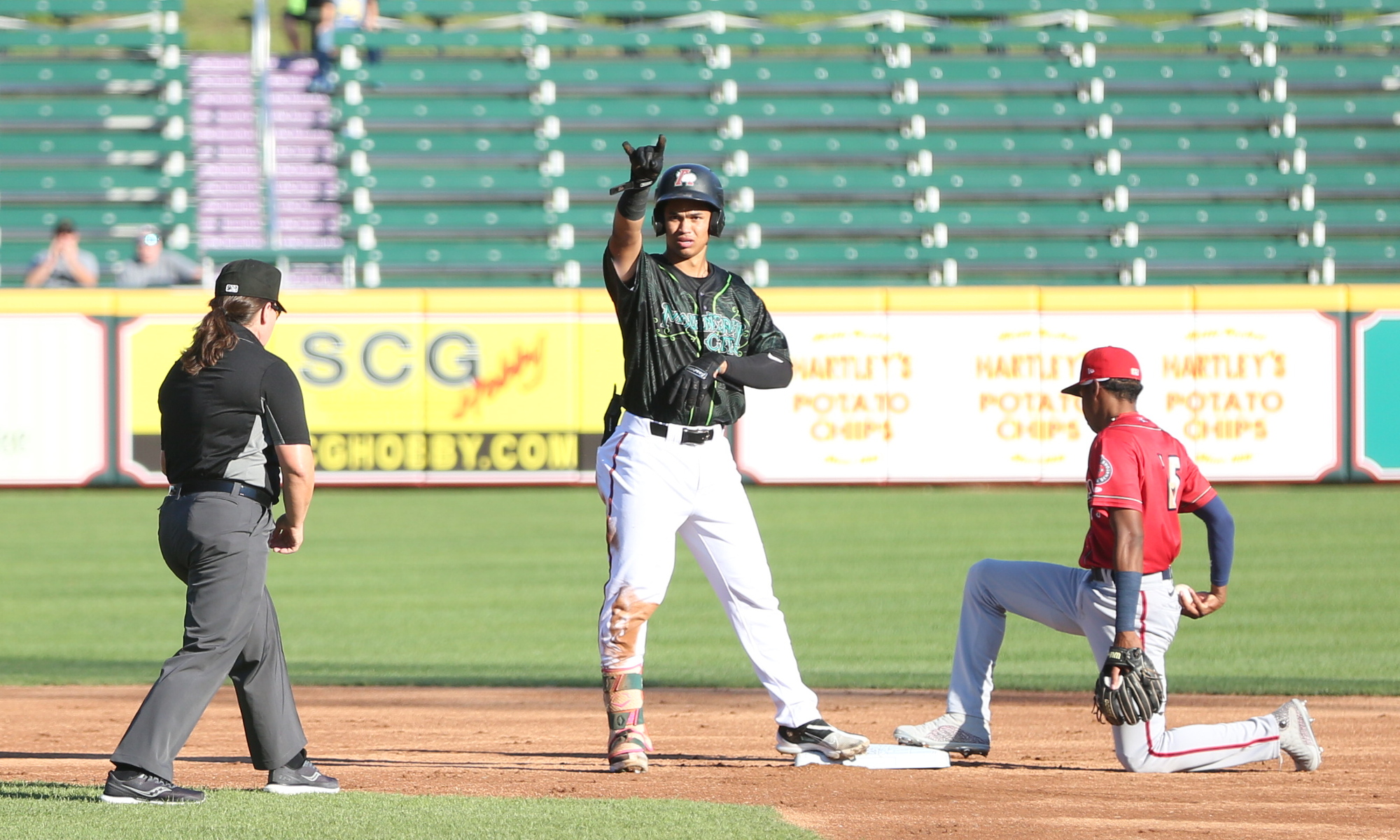 There isn’t much more we can say on Endy Rodriguez at this point, as he continues his absolute tear since being promoted to Double-A. In 18 games with Altoona has picked up 15 extra-base hits. He hit a pair of home runs on Thursday, from both the left and right side of the plate.

Endy crushes this curveball for his sixth Double-A home run and Al Tuna loves it! pic.twitter.com/RJAi40jNEZ

🚨 ENDY RODRIGUEZ HAS HOMERED FROM BOTH SIDES OF THE PLATE 🚨 pic.twitter.com/iH7nIHoPe3

The Marauders had to scratch and claw their way back to win their fourth straight game on a Wyatt Hendrie walk-off home run. They are now back in a tie for first place of the FSL West division with the Dunedin Blue Jays. The home run was his fourth of the season.

Wyatt Hendries’s walk off home run to give the Marauders the win and puts them back in a tie for first in the FSL West #LetsGoBucs pic.twitter.com/jDN5Ypy4oj

Swaggerty picked up a key hit in the seventh inning for Indianapolis, tying the game with this single.

Gonzales picked up his third game of at least three hits since returning from injury. Among those three hits was this double that drove in a run, tying the game.

. @Nick_Gonzales13 barrels a run across to tie the game! pic.twitter.com/uyRAjcS9Ym

Campana continues to hit the ball hard when he does make contact with the bat. He hit his seventh home run of the season for Bradenton.

Brannigan continues to make spectacular plays in the field, making his case a position player going into next year when they should start incorporating him onto the mound.

Jack Brannigan with yet another spectacular play at third base, this one gets them out a bases loaded jam #LetsGoBucs pic.twitter.com/oYaU9u3qOJ

Johnson entered this week with a batting average below the Mendoza line. Now, the 2022 first round pick is batting .368 and has picked up three doubles in the last two days.

DeVito has been getting a chance to start the last couple of weeks, actually pitching a little since then. Tim Williams got an up close look at him on Thursday, where DeVito struck out eight batters in four innings pitched. Here is one of the eight strikeouts.

He also picked up on misstep in DeVito’s delivery, as his landing foot doesn’t come down steady. It led to him slipping a few times. Getting that sured up could help him fix his control issues he’s had. After Thursday’s start, DeVito has walked 41 batters in 67 innings pitched. The stuff has remained there, however, as he has also struck out 87 batters in that time.

DeVito doesn't have a steady landing foot. The third pitch of this video is the second time I've seen him slip and lose his balance today. This doesn't help his control. 40 walks in 63 innings heading into today's game. #Pirates pic.twitter.com/QiV90nXfma

Some of the big guns are starting to hit on all cylinders. Need Hank to get rolling but I’m starting to feel much more optimistic about some of these guys

Brannigan has impressed with his defense, I’m curious to see him pitch, but so far his defense and offensive potential has been encouraging. I think I read somewhere here that Endy is not getting fastballs anymore, (Sabol’s quote?) if that is the case then they might have to walk him, those two home runs were hit off breaking balls!

I wish Endy could show a little enthusiasm for the game. Anybody know where the sarcasm font is here?

I keep getting an error message when I try to use that font.

He’s a Superstar, face of the franchise, maybe even MLB if Pirates ever become relevant again, type player.

He’s surely the top prospect in the organization right now. Maybe Davis, Johnson, Bubba, and even Nicky Sticks, become better MLB players in the future, but right now I would bet none of them will have a higher career WAR # than Endy.