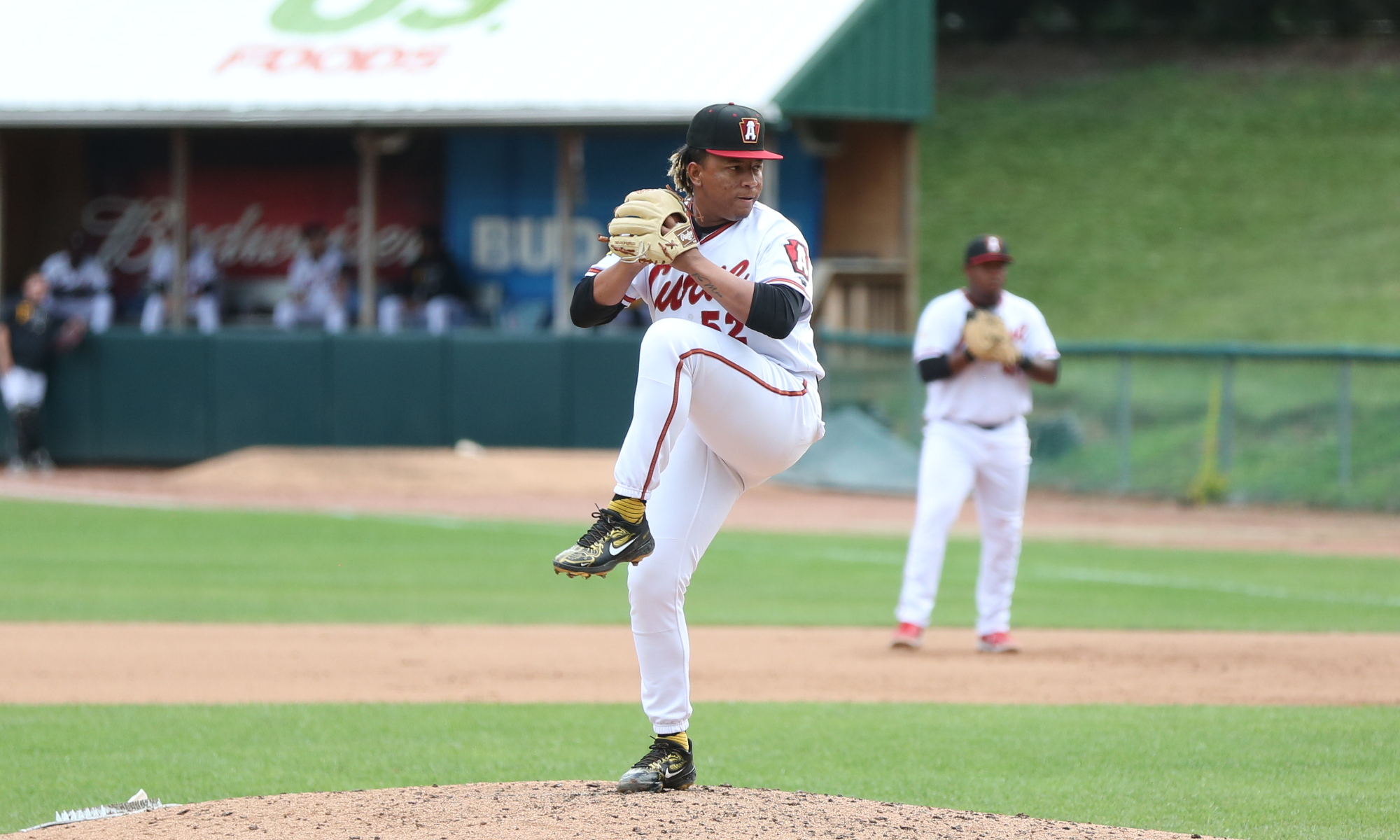 Enmanuel Mejia had quite the season in 2021, allowing just two earned runs all season while splitting time between Bradenton and Greensboro.

He began the year with the Marauders and didn’t allow a run in 26 1/3 innings before getting a promotion to High-A Greensboro. He allowed a pair of runs in that span across 16 1/3 innings pitched.

Despite the limited time in Greensboro, the Pirates saw enough not only to get him a Spring Training invite, but sent straight to Double-A with Altoona.

He hasn’t put up the same numbers as he did last year, but he has still shown some of that swing and miss stuff that made him effective in 2021.

Last week against Akron Mejia pitched twice – two innings in each outing – and struck out a total of seven batters while not surrounding a run.

He had to work a bit for this one, with the hitter fouling a few off before Mejia gets him swinging for strike three. The righty gets multiple swing and misses on his slider in the at-bat, showing just how good it can be.

Mejia is able to change speeds a bit here, eventually getting the batter to swing and miss on a fastball. Along with the slider, he throws a mid-90s fastball and a changeup.

In this clip, Mejia gets a first pitch strike working backwards, throwing a slider for a strike and following it up with a fastball high that the hitter fouls off. He then tries to get a chase, before doubling down on the same pitch, this time getting the swing for a strike three call.

Here’s a look at both outings from Mejia this past week. There’s a batter and maybe a pitch or two missing due to a technical error but you still get a good idea at how good Mejia can be at times.

Seems pretty quick to the plate too.