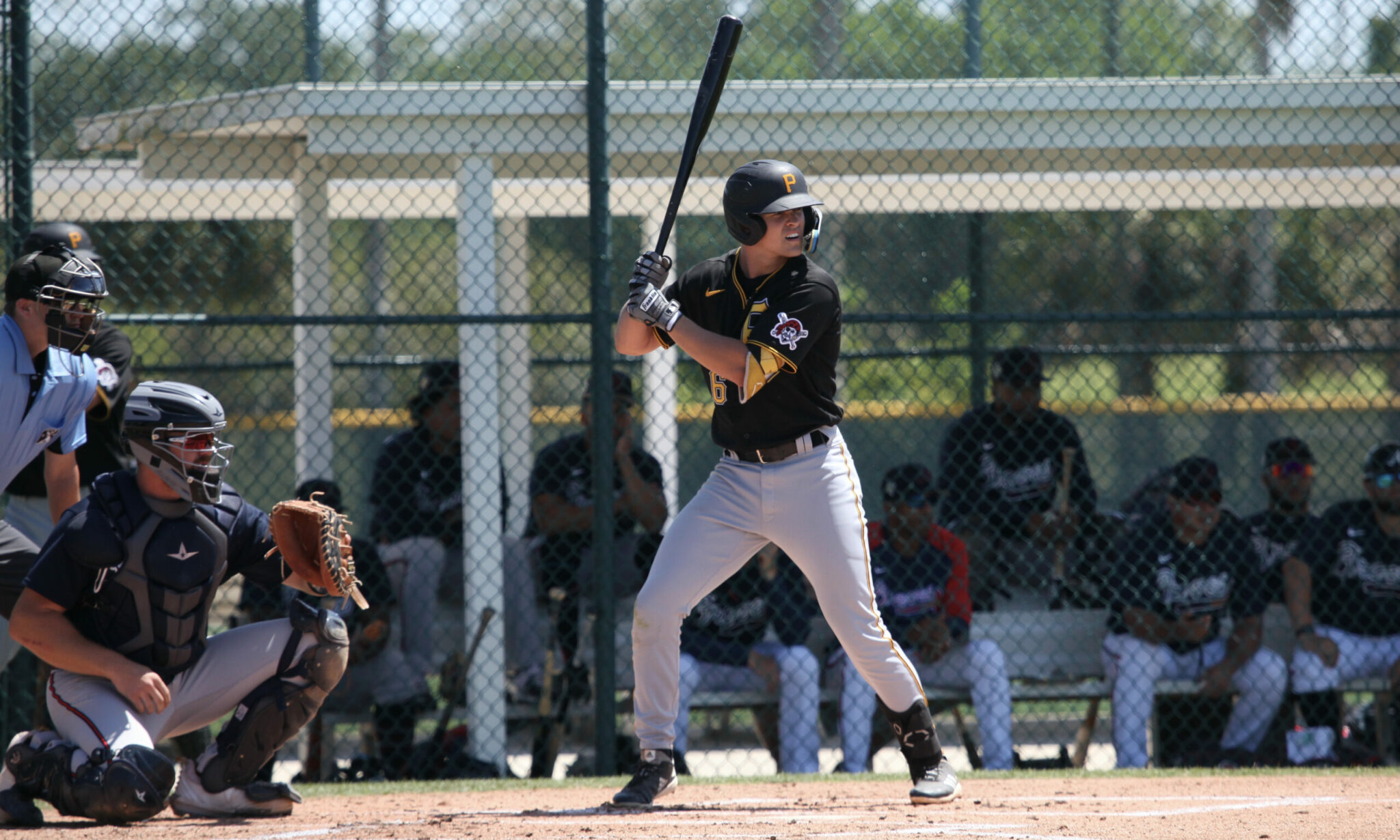 Jones has had an interesting year in Greensboro. He’s been roughed up at times, both home and away, but he is among the league leaders in strikeouts currently. He struck out seven more on Saturday, allowing two runs across four innings pitched. Tim Williams was at the game and caught a strikeout recorded by Jones.

Bowen has struggled a bit since getting promoted to Greensboro, but put together a strong at-bat here and eventually hit a triple for the Grasshoppers.

This was an outstanding at-bat by Jase Bowen, who just turned 22 yesterday. Bowen put Greensboro on the board with a triple, after doing a great job of fouling off a few 2-2 pitches. #Pirates pic.twitter.com/ek0oihak0b

Ignoring any kind of issues Gonzales is having with breaking balls, he’s been getting enough fastballs to string together a decent amount of good games together. Here he cracked a home run, opening up the scoring for Altoona.

This @Nick_Gonzales13 swing!! 🔥👀 His sixth home run of the season gives us the early lead! pic.twitter.com/5yX9NT1Q5R

He's 3-for-3 after going 3-for-5 yesterday. That is… good. pic.twitter.com/zVnywS7VGp

The outfielder drove in a run during the second inning to extend the Curve’s lead.

Swing it like Scott! @connorscott24 extends our lead in the second! pic.twitter.com/UejQbbhfnz

Peguero picked up four hits on the night, including this double for the Curve during the second inning.

Peggy powers one into left center to give us a 6-0 lead! Already seven hits for our offense! pic.twitter.com/MIQa3sjCzD

AM….re, our Twitter exchanges….I believe that one of Nicky G’s hits was off of an 84 MPH SLIDER/curve?

Is looking more and more like Jones will wind up in the bullpen….but there’s still time.