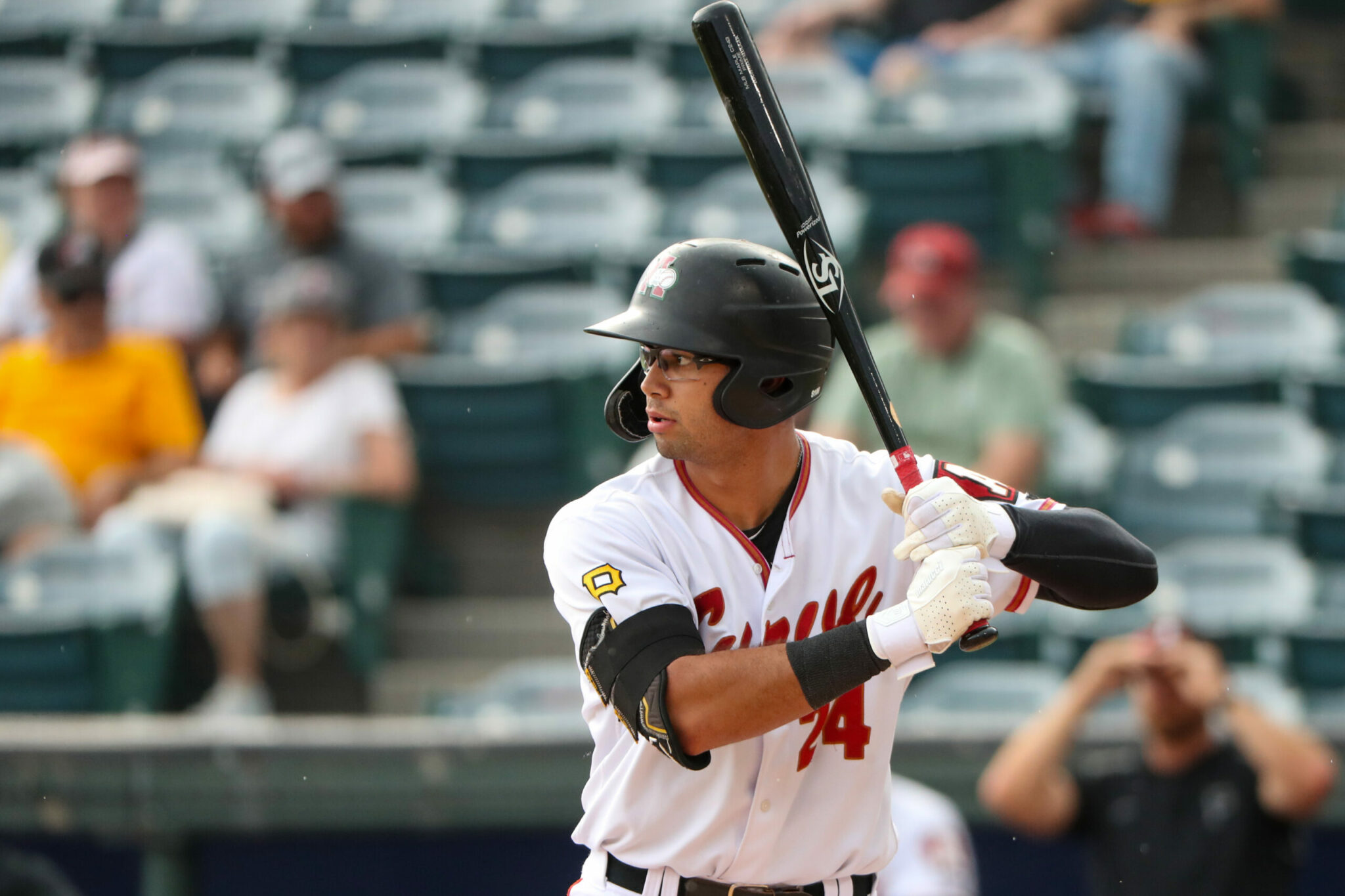 This time last season Luis Ortiz was finishing up his season with the Bradenton Marauders in Single-A. Thursday night he put on an impressive performance in Triple-A with Indianapolis. The righty struck out nine batters over six no-hit innings, walking three and allowing two unearned runs.

Luis Ortiz was on one tonight.

Sabol has a similar story to Ortiz, as he split time last year with Bradenton and Greensboro in 2021 before starting this year with Altoona and now he finds himself in Triple-A. He picked up his second home run in eight games with Indianapolis on Thursday.

Something that was fun to see, and probably worthy of hold your breath for a second, was Matt Gorski making this diving catch for the Altoona Curve.

Gorski was working his way to being the breakout star of the Pirates system until he got hurt (Endy Rodriguez also had a little something to say as well) and made his return to Altoona on Thursday.

Bae continues what is easily his best season in the minors, driving in a run on this double that just kept carrying to the wall the other way.

Mason Martin is known for his power, so it might be easy to slip under the radar if he isn’t driving the ball out the park. He went six weeks without hitting a home run before going deep on Wednesday. He now has home runs on back-to-back days, launching another one against Omaha.

Concerned about your fantasy football team?@masonmartin7 would be a good flex option. 💪 pic.twitter.com/6lDCS7KDgy

During the six weeks he didn’t hit a home run, Martin actually put up a really good 15.6% walk rate, and dropped the strikeouts below 30%. If he can keep that approach, and start hitting for power, he could start creeping back into prospect status.

You’ve convinced me that I’m not paying nearly enough attention to Ortiz. I’ve penciled in Burrows and Priester as part of the rotation by the middle of next season or early ’24, but Ortiz should be right there with them, right?

Burrows, Ortiz, and Priester all did quite well in AA but Ortiz actually had the best xFIP of the three (you can make the case for any of the three having the best performance in AA, depending on the stats you value most). Obviously Ortiz has been on our radar, but my impression is that he’s been seen as more than a tier behind Burrows and Priester and perhaps they should all be in the same tier?

His FB and slider are excellent, but he needs a third pitch to start in the bigs, even though he’s got good control. There’s time. He doesn’t have to be rostered this year.

Very cool to see the opposite field power from Sabol and Martin, and surprising to see it from Bae (on that swing). Was the wind blowing out to left in Omaha?

It was blowing out to left, but not as crazy as it does sometimes.

I had given up on MM and now it looks like he is figuring things out.

Got to remember, he’s around 8 months younger than Cruz. He still has some time to figure it out, but not a lot.

what Martin is doing these last couple of weeks is gonna be interesting to follow the rest of the way, a flicker of hope!

can dream on his power, but the K-rate…

He had been showing progress in August but in September he’s back over 33% and in four of the eight games he’s had two K’s. I’m with you–I just don’t see that working but he is only 23…

He is such a big fella, he doesn’t have to swing from the heels and it will go out. If he can hit .245 with a 27% K rate, that would make it hard to ignore him in Pittsburgh.

Ya, I’d have to agree