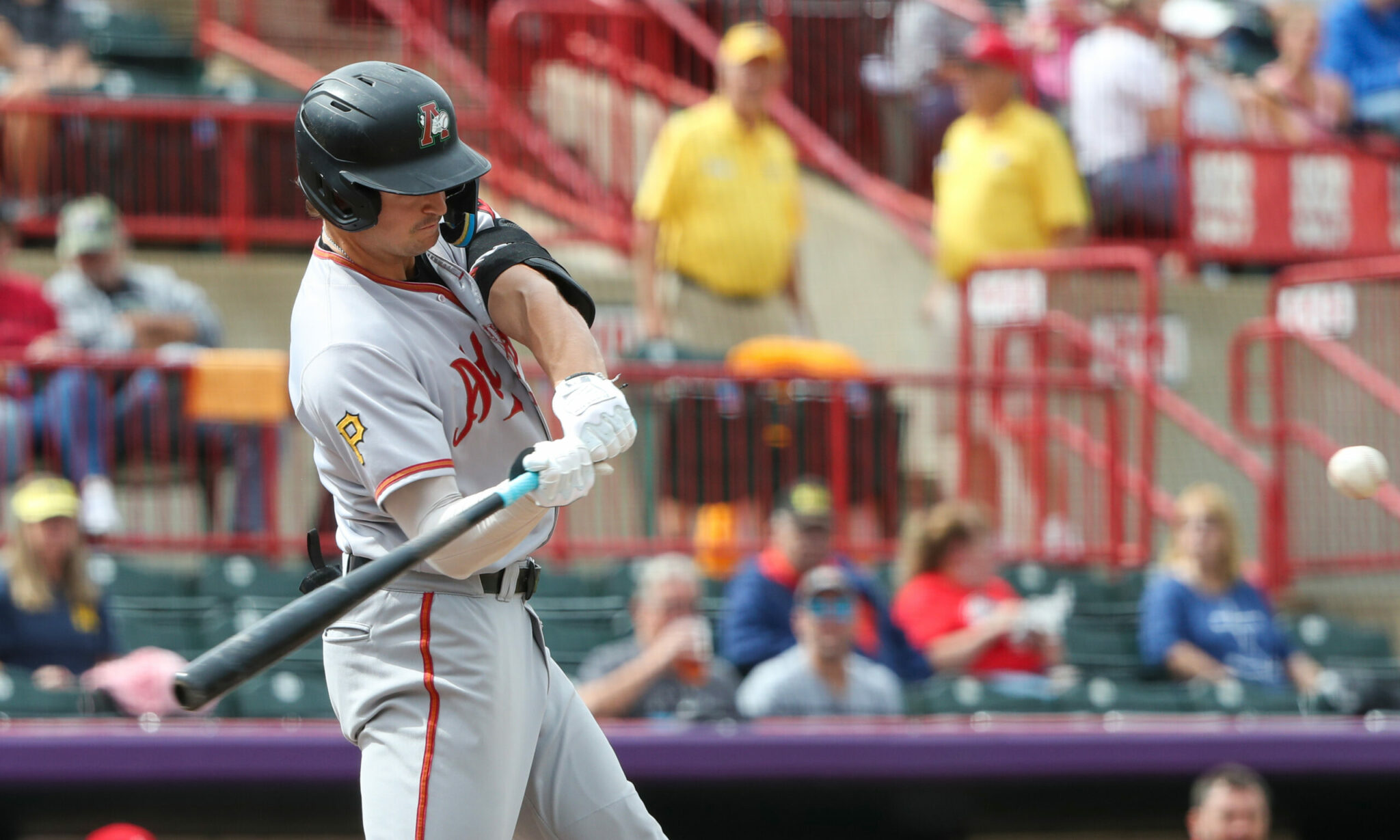 The outfielder took a little bit to get back into the swing of things after returning from Altoona, but Gorski had things going on Wednesday, picking up three hits on the day.

Two runs home off the bat of @matthew_gorski7 gives us a 3-0 lead! pic.twitter.com/stVFXwOFwn

He originally extended the team’s lead to 3-0 after driving in a pair of runs on this single. Gorski also snuck a base hit past the shortstop later on to score another run.

Sanchez missed close to two months earlier in the season before returning at the beginning of August. Wednesday he hit his first home run since returning to the lineup, his fifth with Altoona.

Lolo goes long long for the fifth time this season to extend our lead! pic.twitter.com/pGLudFCdkg

Gonzales has been up and down at times, and currently has hits in just two of the seven games he’s played in. He picked up a pair of hits on Wednesday, including this RBI double that scored Liover Peguero.

Gonzo scores Peggy on an RBI-double to extend our lead further! pic.twitter.com/ZcC3ozToEB

The catcher hit a home run on Wednesday, but you can make an argument that it wasn’t even the best play made in this highlight, as the sliding catch by the fan with the beer in his hand may just as easily take it.

We would like to direct your attention to the 0:04 mark of this video.

Beer bat in one hand, sliding catch of the home run ball with the other. Unreal dedication by this fan on the lawn. 🤯 pic.twitter.com/NnqO9Ehu3l

Peguero looks like he might be starting to find some of that power stroke he had seemed to of lost after making his major league debut. The shortstop hit his 10th home run of the season, while also picking up two more stolen bases, giving him 27.

Peggy pops his 10th of the year! pic.twitter.com/Z8k8KX1gwr

Not sure there’s anything left to say about what Endy is doing right now, but he continues to hit with Altoona.

He wasn’t done there as he added a little more insurance the next inning.

Everyone stop what you are doing and recognize HIMdy once again dominating at the plate! pic.twitter.com/tod3jw1IEY

“Gonzales has been up and down at times, and currently has hits in just two of the seven games he’s played in. He picked up a pair of hits on Wednesday”

I noticed last year that Gonzales’s hits seemed to come in clusters within a game and so did his K’s (different games of course), which raised the concern that he beats up on lesser pitchers and struggles against the kind of pitchers he’ll see at higher levels. Just a conjecture as I haven’t spent the time to see if the stats back this up, but it’s why at this point my concerns with Gonzales go beyond just his K rate. Obviously, instead of the opposing pitcher, it could be more about a young player trying to get comfortable with new mechanics and some days he’s on and other days he’s just a bit off.

On video and in person Peggy has a build and a swing like our old friend Marte…..

I will take that production out of the 6 hole!

And the discipline to match!

He’s just so damn good! I’m going to be so pissed if they keep him down until late June next year.

Managing of the expectations…Don’t be surprised if Endy starts the year back in AA with a quick promo to AAA in May/June if he keeps raking. Remember, this guy is only 22 and has just 120 PAs at AA+. I would expect at least 500-600 PAs at AA+ before he gets his call to the bigs.

I agree starting at AA, and at best hes probably an end of 2023 candidate i would guess

All I know is that I watched a ton of uber-talented prospects flop on early callups while the O’s took the best prospect in baseball and immediately turned him into the best catcher in the game and I could care less how long the Pirates hold Endy down if we get anywhere close to that outcome.

All this Endy hype, last few videos I’ve watched he wasn’t able to get the ball over the wall, bouncing off it…over hyped! 😙

Endy is locked in