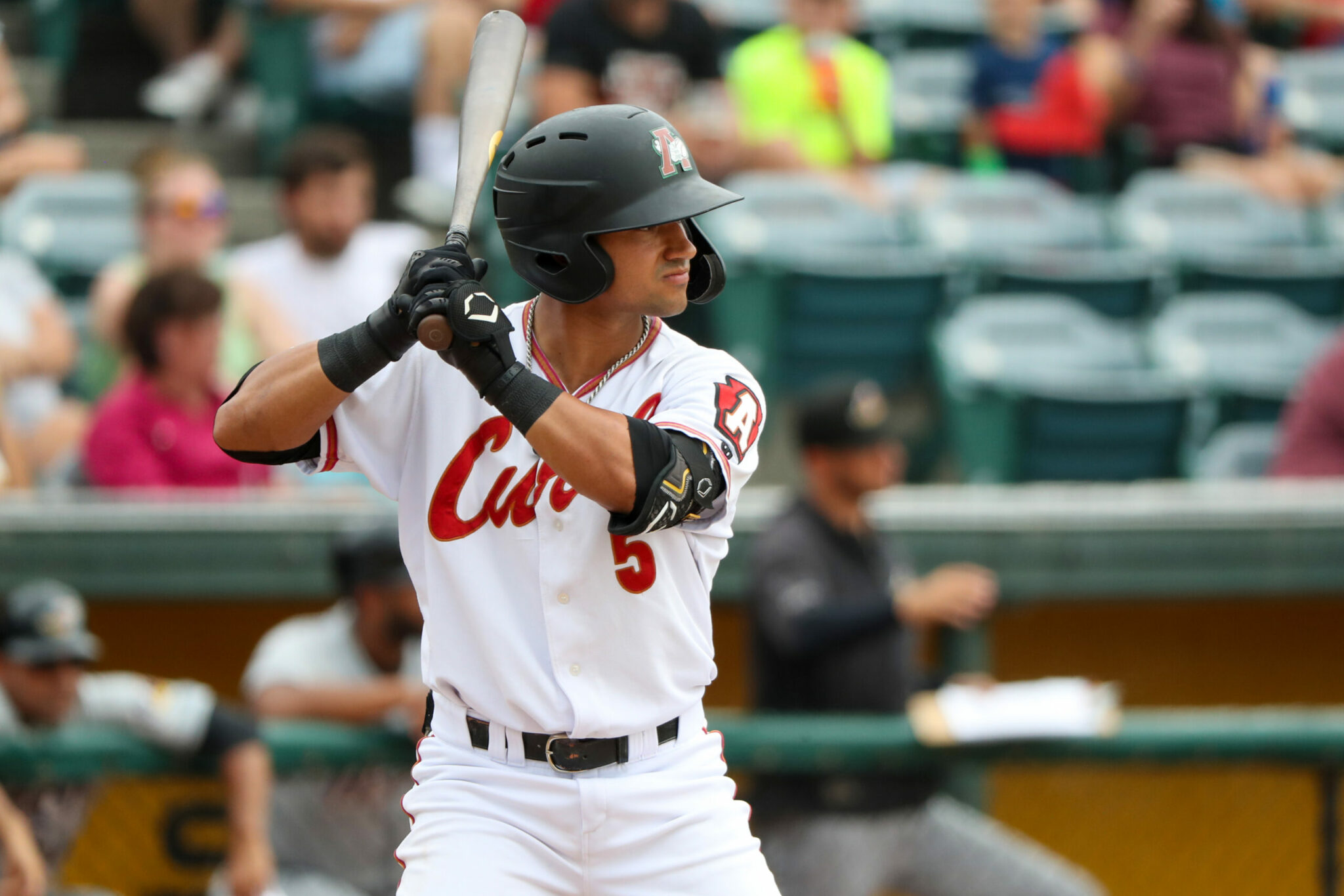 The Pirates first round pick from 2020 has been on a tear since returning from injury, picking up another pair of doubles on Saturday, both of which drove in a run. Here’s a look at his second one.

The second RBI-double of the day for @Nick_Gonzales13 gives us a 13-5 lead! pic.twitter.com/tIPbMRQjtG

Shackelford hit his 26th home run of the year on Saturday,  the second most home runs in Altoona Curve single-season history.

He hits an absolute bomb for his 26th of the season! pic.twitter.com/Rx389V4fTP

Lopez hadn’t played since August 26 before returning to the lineup on Friday. After not picking up a hit on then, he collected two on Saturday, both driving in runs.

A pair of RBI base hits by Dariel Lopez for the Grasshoppers today, here’s a look at them #LetsGoBucs pic.twitter.com/82pdMdKbqT

Another day, another RBI hit for Endy Rodriguez. He drives in two runs on this double for Altoona during their blowout win against Erie on Saturday.

You wont believe who crushed this two run double….

…..it was Endy Rodriguez! pic.twitter.com/S5tSpF1Rrs

Another player that’s been incredibly hot lately, Nunez drives in the first two runs of the game for Altoona. It was almost an amazing catch by Parker Meadows, but turned into a two-run double.

Nuñez gets us on the board in the first inning! pic.twitter.com/BlqbRRdZd9

Oliva has been one of the hottest players in the system lately, and belts this RBI double for the Indians.

This man is hotter than the surface of the sun. 🔥

The Pitcher really got it up and in on his hands. Even after the last month’s display – that right there was extremely surprising opposite field power.

Was the wind blowing out to Left?

Endy nearly had himself an oppo taco granny!