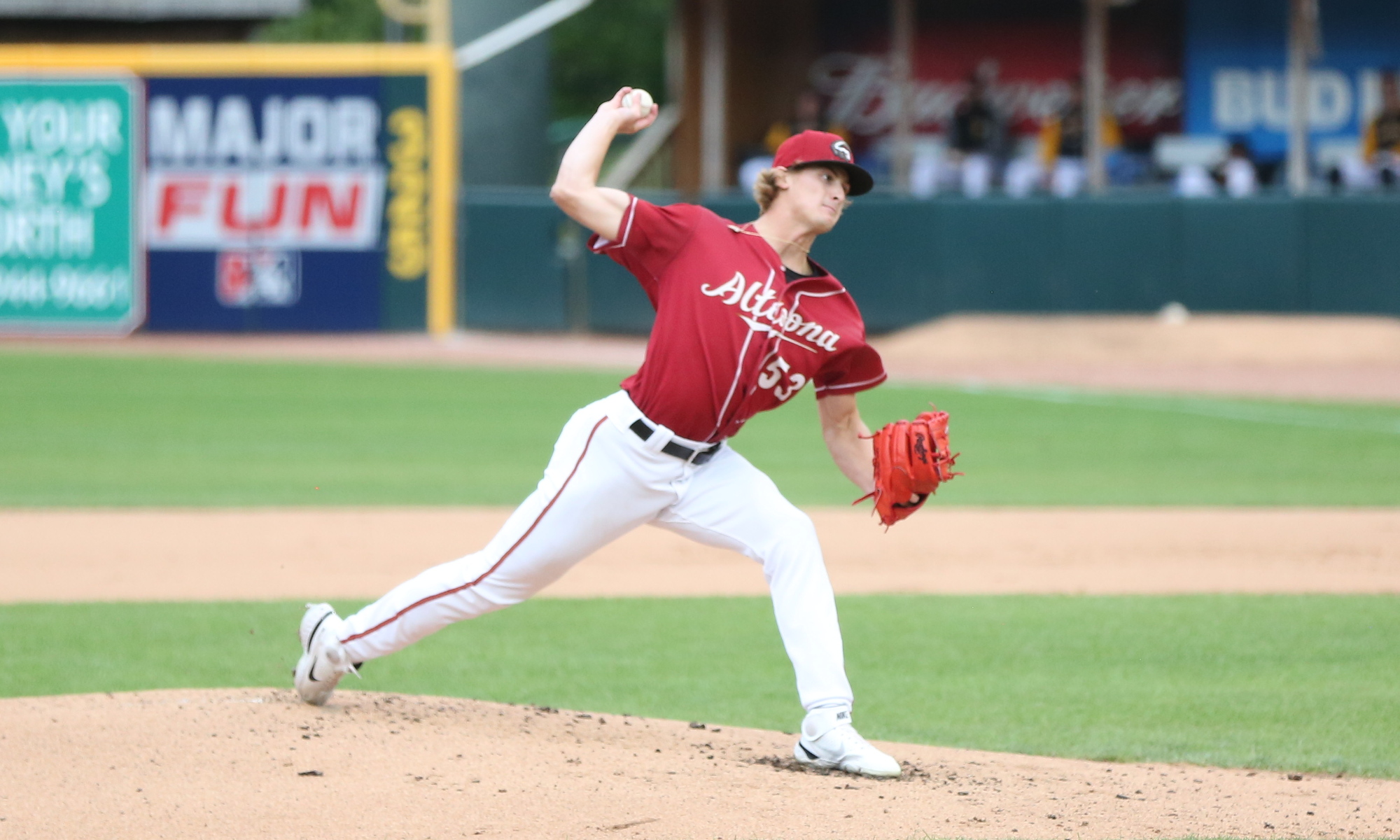 Priester put in another strong effort Friday night for Altoona, pitching seven shutout innings, allowing just two hits, two walks while striking out five. Maybe most impressive, it took only 75 pitches (50 for strikes) to make it through those seven innings.

Priester with a perfect pitch sequence. Sinker on both sides of the plate, followed by a slider away to get the swing and miss. #LetsGoBucs pic.twitter.com/tQ2w2Tfbk6

Here’s a great sequence of pitches by Priester during the start, with the righty throwing back-to-back sinkers on both sides of the plate before finishing things off with the sinker.

Sabol continues to come up with big hits in Triple-A, launching his third home run in nine games since joining the Indians. This one was a big one, a two-run shot that put Indianapolis in the lead late in a game they eventually won.

SABOL FOR THE WIN. pic.twitter.com/59sz0MVmgN

I’ve talked about Peguero recently, and how his overall numbers may not look ideal but there is still a lot of good to take from his game this season. Leading off the game, Peguero capitalized after taking a really close pitch with two strikes, and drove a triple into the left center gap.

After laying off a VERY CLOSE ball 3 call (probably should have been a strike) Liover Peguero hits the next pitch to the gap and gets a triple to lead off the game #LetsGoBucs pic.twitter.com/msnqqloXVg

Scott has made a routine of finding himself here for his defensive work, and Friday night is no different.

Just don't ever hit the ball near @connorscott24. It will be caught. pic.twitter.com/XtdnOOUrqZ

The former St. Louis Cardinals farm hand has been everything the Pirates could have hoped for so far, picking up another RBI and giving him 16 in 22 games since the trade.

And Nuni doubles the lead! pic.twitter.com/mjbZ63ZmKH

Rodriguez takes advantage of an error that should have ended the inning, driving in Matt Gorski in from second base to open up the scoring for the Curve.

That ball definitely didn’t look as dangerous as it ended up being when it first game off the bat but of course with Oneil Cruz at the plate, it ends up at the corner in the gap and he ends up on third.

Oneil Cruz is so fun to watch. pic.twitter.com/QcHU7IPrxt

What is with score keeping in baseball. Nunez double is a single with him taking second on the play at home and Cruz is a double for the same reason.
There has to be a play at either base for those guys to be credited with a double and triple or at least no attempt at any other base.

As an unrealistic optimist I recommend getting too excited.

I am here with you, straight hopium!